Home
TV News
Where Does “The Big Bang Theory” Fit in the Pantheon of TV Sitcoms? 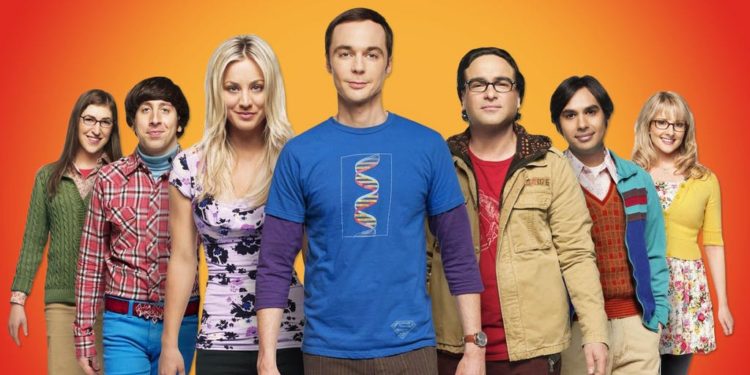 There is one thing that most Americans underestimate about their big-time cable networks: they do not hold on to unpopular shows. If any show is aired for a whole season straight, it probably did well according to production standards. However, if a show is cast for a few seasons, it must garner some robust and considerately loyal audience. When the CBS finally decided to put an end to the Big Bang Theory series, a majority of social media posts celebrated over the decision. That was a little bit of a knee-jack reaction from the fans, and a largely predictable win for the long-standing critics of the show.

When the Big Bang Theory aired first about 12 years ago, nobody knew that it would join the Parthenon of Elite Sitcoms. It honestly caught the majority of Americans off-guard, and it did so with an unimpressive start. Quite frankly, some geeks were quite annoyed at the way the first episode depicted the nerd fraternity as a bunch of losers with odd behaviors. It showed how gorgeous Penny was attracted to big-muscled and insensitive guys rather than smart and well-read intellectuals like Leonard. It was quite the most interesting sitcom launched that year. The intellectual property was brilliant, and the public was engrossed by the morbid conversations and preferences of the four nerds.

From episode to episode, the Big Bang Theory garnered a huge following. Time went by, and the rich characters continued to evolve into more appropriate social beings. The show does nothing like making the comical characters more normal and less entertaining: far from it. It simply grows the characters into more likable and personable individuals that the audience could relate with and understand. The sitcom continues to grow the American laughter scale as it continued to sensitize the American community of the alienation that geeks and nerds face all the way from childhood into late adulthood.

One of the reasons why the Big Bang Theory resonates so well with the American community is that it dispels common myths about the social code of geniuses. Not only does it subtly convince its audience against bullying geeks, but it also shows the impact insensitivity has on itemized blondes. Penny plays dumb very well, but the comedy ultimately sensitizes the audience to her hopes, dreams and feelings.

The truth is that this sitcom has enjoyed so much success that it may be difficult explaining how that is. 12 seasons of the Big Bang Theory is just outstanding work from the scriptwriters and the production team. In fact, 12 seasons was an overstretch that may have bored people enough for them to rejoice upon its cancellation announcement. However, the overstretch was not long enough to impede the 15 million folks who followed the series dutifully over its 12 years of sitcom domination. So, how come a sitcom series of four geeks trying to cope with the real world lasted for 12 seasons each putting out over 16 episodes? Well, Chuck Lorre and Bill Prady sure do know a thing or two about adding characters into the plot and developing existing characters into more complex characters.

Picking up the Accolades

If you would like to know just how well this sitcom is performing among its worthy competitors, you may have to consider the accolades that it’s picked up along the way. The sitcom has received 46 nominations to various award categories in the Primetime Emmy Awards since 2009. The show has since won ten Primetime Emmy Awards. In 2010, Jim Parsons won the Online Critics Society Award for the Best Actor in a Comedy Series. The show won eight other such glorious slots in the Online Critics Society Awards, and the last win was in the year 2013. Apart from five unsuccessful nominations at the Golden Globe Awards, Jim Parsons took the show’s ratings a whole new level by clinching the Best Actor — Television Series Musical or Comedy Award. Other major awards that the show has dominated over its 12 years of existence include: