Home
Entertainment
Where in the World is Jason Segel These Days? 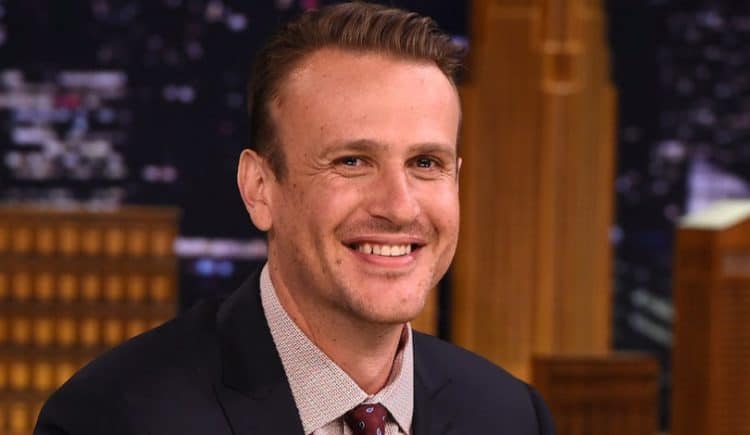 It’s unfortunate that Jason Segel seems to have found his name on the list of people that “Hollywood won’t touch” at this point since it’s pretty obvious that he’s still around and he’s still more skilled than some folks would give him credit for. To be honest he’s kind of an acquired taste when it comes to comedy and in a lot of instances it does pay to be a fan if you’re really going to follow his career. But giving credit where it’s due is easy enough since let’s face it, he’s been there, he’s done it, and no matter what anyone thinks he’s been around long enough to know the tricks of the trade so to speak. Going any further with it would require that one is fan of his and fully endorses just about anything and everything he does, which isn’t me, but reporting on what he’s been doing lately and the kind of things that he’s been engaged in is easy enough.

Cydney Contreras of E! News is just one among many that’s reported on how he went MIA in show business, but many are still adamant that Jason is well worth watching and could possibly make a huge comeback if he really wanted to. In fact if you dig just a little deeper you’re bound to find that he’s actually doing quite well living on an orange grove in Ojai, California as Sierra Marquina of IHeart Radio has revealed. Added to that is the fact that he’s co-written his fifth book and is quite happy with how his life is going. The whole ‘where did they go’ act with certain actors is kind of wearing thin at times but it never seems to get old with some folks since it seems to add to the overlying drama that is a constant part of life and therefore seems to coat everything we see, do, and hear in a way that we can’t always see or notice but can definitely feel as an effect upon our senses.

Segel, like I said above, is an acquired taste in that his level of comedy and acting is something one has to get used to in order to really appreciate it, much like many actors throughout the last few decades. In a big way he’s a product of the change and a component of how TV and cinema have been transitioning from one era to another and it hasn’t always gone as well for him as one might think. From his days on How I Met Your Mother to I Love You Man and even End of the Tour he’s been an up and down kind of actor that’s great no matter what but is still a bit hard to fathom at times if you’re not really into him. Some might call him an artist and others might call him a goof but overall he’s the type of person, actor, whatever, that is there to do what he enjoys doing and pushes forward without needing to ask for permission no matter if people like what he does or not.

Jessica Sager and Carmen Ribecca from Nicki Swift would definitely sit and regale anyone who would listen with tales of why Jason Segel isn’t a Hollywood darling any longer and it’s very accurate to say that some of their reasons would be valid and might sway people to believe in the hype. It’s true that he has been kind of out on his own for a while and not really focused on Hollywood and he even got a bit nasty with fans in previous years, which is a big no-no for stars unless those fans are taking things way too far and becoming demanding. Fans after all make the stars who they are, just as they make any entertainment that’s thrust into their awareness popular by claiming it as something they want to know about. But that’s not the only reason Segel has kind of slipped under the radar throughout the last few years. Instead it has more to do with what he’s focused on doing and what he’s been trying to accomplish when it comes to the projects he’s taken on and the life he seems to want to lead. More power to him really, especially since being an author might be made into an easier path simply because he has a pre-existing platform that he can use to launch such a career and thereby find some measure of success.

In all honesty he’s doing what he wants, and that’s that. Whether he comes back to the big or small screen isn’t really relevant at this point since some people would say good riddance while others will likely wait and hope that it might happen. It seems like they might be waiting a while.