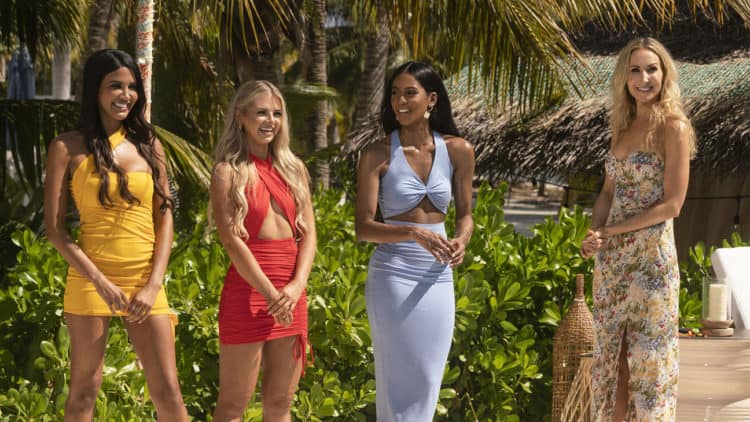 Everybody loves a good reality show, especially one that has a beautiful island backdrop. In 2021, when HBO Max debuted its new series FBoy Island, people were extremely excited. Unlike other dating shows, FBoy Island, which is hosted by Nikki Glaser, has a unique spin. The show features three young women who are looking for love and they are hoping to find their soulmate among the group of 24 men who joins them on the island. However, the catch is that only some of the men on the show are actually looking for love. Some are actually f**k boys in disguise, and it’ll be up to the women to determine who’s who.

Although the show involves a good deal of disappointment and heartbreak, at least they get to go through it all on a beautiful island. But where does the show actually take place? You’re about to find out. Keep reading to learn more about where FBoy Island is filmed.

Over the last few years, there has been an increase in dating shows that are set on beautiful beaches, but not all of them are really filmed at beautiful tropical locations. That, however, isn’t the case for FBoy Island. The show is actually filmed in the Cayman Islands. The area has become an especially popular filming destination during the COVID-19 pandemic due to the fact that its residents are COVID-free. That coupled with the fact that the Cayman Islands are downright beautiful makes it easy to see why someone would want to film a show there. While filming the show there was probably helpful for the local economy, it does raise some ethical questions about how the pandemic has been handled. By traveling to the Cayman Islands to film, the production team could potentially be putting residents at risk.

Most people have heard the saying “there’s no such thing as bad publicity”. However, time and time again we’ve seen that that simply isn’t true. In fact, bad publicity was exactly what the government in the Cayman Islands was worried about in response to the show filming there.

According to Cayman News Source:

“The filming of a new reality show in Grand Cayman that pitches supposed “nice guys” against “fboys” in the latest television dating game has implications for the country’s image, causing public concern in some quarters and being welcomed in others. But no one in government appears willing to take responsibility for the decision to allow Cayman to form the backdrop for FBoy Island or explain what benefits would flow from it and how to counter any possible negative impact.”

The News Source went on to say, “the decision was made somewhere in the tourism ministry, but Moses Kirkconnell, the tourism minister at the time, had also told CNS that he was entirely unaware of the show being made here and had no part in the decision.” Now that the show has actually aired, it’s unclear whether the series actually ended up bringing any bad press to the territory.

Will There Be A New Filming Location In The Future?

The Future Of FBoy Island

As the first reality dating show on HBO Max, FBoy Island had some pretty high standards to live up to. While we don’t know the exact numbers in terms of rating, season one of FBoy Island appears to have done pretty well. The show has already been renewed for a second season, and viewers are very excited. Unfortunately, though, it’s not clear when the second season will air. In fact, we aren’t even sure when it’s going to start filming. Since we’re still in the middle of a pandemic and the Delta variant is extremely contagious, this could cause some issues for production. That said, season two will likely film for longer and give viewers a deeper dive into the cast. According to Bustle, the show’s creator, Elan Gale, said that he hopes the second season can take more time to really focus on the relationships. For now, those who haven’t seen season one of FBoy Island can stream it on HBO Max so they can be all caught up when season two is eventually released.