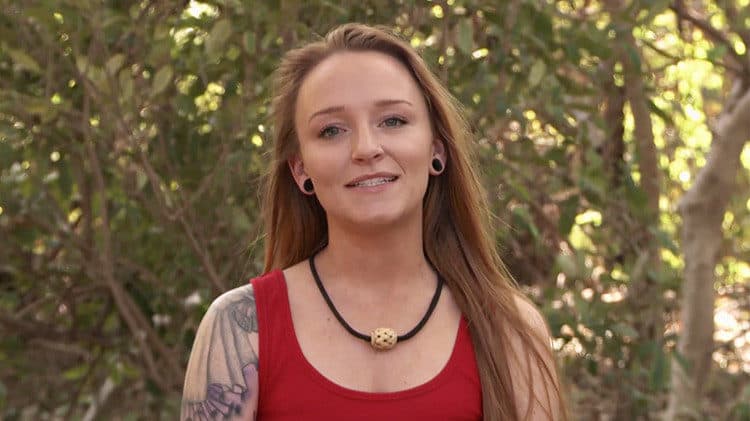 Discovery’s Naked and Afraid TV show is one of the best ever made. Don’t fight us on this. A man and a woman team up to test their survival skills in a specific outdoor environment. They must build shelters, find food, purify water, and more for 21 days. At this point, they must hike to an extraction point where a vehicle picks them up and returns them to civilization. The kicker is, they must do all this as naked as the day they were born. What’s not to like?

The people who appear on this show are not in it for the money. In fact, the winners only get a few thousand dollars for their trouble and that’s if they complete the entire thing. Instead, these hardy individuals take part to test how they fare against the worst that Mother Nature has to offer. As you can imagine, being naked in jungles, deserts, rainforests, and other harsh environments has its trials and tribulations. Bugs getting into places they shouldn’t be, exposure to the elements, lack of water and food, and fear of being attacked by wild animals are just a few of the things participants must deal with. The weight loss, in particular, is drastic. Many emerge visibly smaller, and while unnerving to see, it shows just how serious this challenge is. The ones affected the most were:

First on the list, or rather last, is Scott Thompson. One of two people who lost an astonishing 30 pounds in a mere 21 days. In this episode (Season 8, Ep. 2), recently retired military man Scott teamed up with his partner to see if they had what it took to survive in the South Texas desert. Although the area was rife with wildlife (armadillos, bighorn sheep, wild boar, etc.) and the pair tried their best, the animals were difficult to catch. As a result, the pair dealt with significant caloric loss.

The second holder of the 30-pound weight loss record is Kaila Donaldson. In her episode (Season 8 Ep. 4), this rad mom teamed up with Trevor Rasmussen to endure an Ecuadorian adventure. Unfortunately for the pair, conditions went from wet to soggy in a matter of moments. When that happens to most of us, it’s no big deal. We simply cuddle on our couches with a warm drink and watch tv. Things are very different when you’re in the wild with two survival tools and no clothes. Going outside in rainy and cold conditions causes your health to deteriorate fast. If things get bad enough, you could die.

Thankfully, our survivalists were privy to this information. But, when you’re stuck in a tiny shelter with a stranger for days on end, things can go from bad to worse in no time. There was no hunting and they soon developed cabin fever. Both participants gave it their best shot but, unfortunately, they tapped out on day 18, three days shy of their goal. It was probably for the best; they were both experiencing extreme fatigue and didn’t believe they had the ability to undertake the five-mile hike to the extraction point.

Jermaine and Teal Bulthuis teamed up for a jaunt in the Smoky Mountains of Tennessee. The two faced many challenges, like an onslaught of bears, but they made it to the 21-day mark.
Jermaine’s goal was to bag a wild turkey with a bow and arrow while on the show. But, it didn’t happen. In fact, many of their hunts were unsuccessful, leading to the pair being hungry for most their time in the mountains.

There’s a lesson somewhere in Gregory’s story. He and his partner‘s challenge was to survive in the Brazilian rainforest. While on a foraging mission, he found a trove of vegetables but, instead of sharing with partner Karra Falkenstein, he gorged himself on the sweet vegetables. Unfortunately for him, Gary ate too many of the vegetables too quickly. This released a ton of sugar into his nutrient-starved body. It turned into serotonin and he literally fell asleep with talking to the camera. A short while after, day 16 to be more specific, Gary tapped out because of a medical emergency and the medics rushed him to the nearest hospital, 30 miles away. The doctors told him he’d caught an infection that was eating its way through is intestinal lining.

It’s poetic that the largest weight loss in Naked and Afraid history occurred during the infamous, 3 person, double-length episode. For this challenge, James teamed up with Wes Heustess and Leah McCabe in the Nicaraguan jungle. From the beginning, James’ joy at being there was evident. He’d waited his entire life for the opportunity to take on a challenge like this. Usually this is a bad sign but, things were different for this survivalist. He made the most of every moment there. Unfortunately, the same couldn’t be said for his partners. Wes tapped out after just four days and Leah left 4 days later. James, however, stuck it out the entire time and returned home a winner.

The survivalists on Naked and Afraid often go days without food. This sudden intake in caloric loss leads to extreme weight loss, as showed above. Still, it doesn’t change that this battle against primal mobile forces is complex. Dangerous but beautiful. It forces the survivalists to dig deep and find parts of themselves that some of them didn’t know they had. THAT is what makes this show magic.