Home
Movies
Which X-Men Villain Should Be The Big Bad For The MCU Movie? 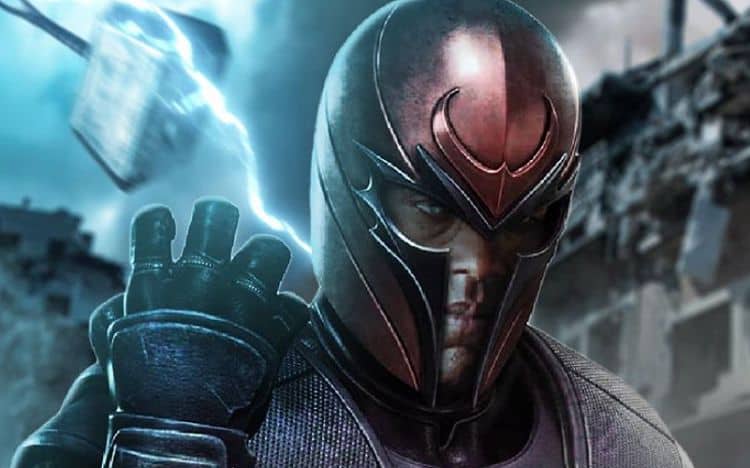 The day is finally approaching. We Marvel fans have been waiting forever for the X-Men to make their debut in the Marvel Cinematic Universe. And after Kevin Feige announced the upcoming Fantastic Four movie, that only got our hopes up even more. While Feige has said that there’s still a plan for the mutants to debut in the MCU, we’re just dying to hear more. Who will play the X-Men? What iteration of the team are they going with? How will Marvel introduce an entire race to this cinematic universe that has existed for so long? Boy, oh boy, just thinking about it gets me going. If Marvel is going to wow us going forward, they need to handle the most diverse superhero team much better than Fox did. Yes, Fox gave us some great movies, but they unfortunately gave us some really bad ones as well.

I have faith in Kevin Feige and Marvel. They’ve done right by the characters and the fans so far, but there’s something special about the X-Men that separates them from the other superhero teams. It’s probably because they’re a diverse team that consist of all kinds of people. Yes, they’re all mutants, but they all come from different places of the world. Wolverine comes from Canada, Storm comes from Cairo, Colossus comes from Russia, and the diversity doesn’t stop there. The X-Men use this diversity to not just fight against crime, but persecution against the mutant race. That’s what really separates them from the Avengers and the Fantastic Four.

Where am I going with this? Well, if the X-Men are going to make a big splash in the MCU, they’re going to have to fight a major villain. They have a very dangerous rogues gallery and a good chunk of them have already made their live-action debut in the Fox movies. Because of that, I’ll just start out by talking about the villains who shouldn’t be the big bad in the MCU X-Men movie.

If there’s a villain who has caused more trouble for the X-Men than Magneto, it would have to be the first mutant known as Apocalypse. Now yes, the actual Apocalypse movie did underutilize the villain and we do want to see him done properly. However, he’s simply too big of a villain for the X-Men to take on for their first MCU outing. He’s a Thanos-level villain that needs to have many heroes fighting him in order to be defeated. If he’s fighting them in the first movie, it’ll undermine how powerful of a threat he is.

Okay, so those are the biggest villains that simply cannot be the big bad in the MCU X-Men movie. That doesn’t mean it can’t work. The X-Men have a rogues gallery that’s the most dangerous and actually the most realistic. If they’re not fighting to persecute mutants, they’re committing acts of terrorism to destroy humanity and make mutants the dominate species.

Let’s take a look at the villains who would make for a perfect big bad for MCU’s X-Men.

Let’s talk about Mystique. Yes, we’ve seen her before, both as a hero and as a villain. However, the comic version of Mystique is far more cunning than the movie version. The biggest difference between them is that movie Mystique acted solely as the right-hand woman of Magneto. She was the silent assassin-type of villain and relied on looking stunning with her unique look. I think the MCU Mystique can be more like the comic version, because she was more of a leader who barely knew Magneto. The MCU X-Men movie can have Mystique lead her own Brotherhood of Mutants and take on the whole X-Men team. This would be a great divergence from the Fox movie Mystique and make her a more developed character.

Mastermind is one of those villains we kinda-sorta saw already in X-Men 2. The Jason Stryker character wasn’t exactly Mastermind, but he sure had the same powers of illusions as him. This villain is one of the most dangerous foes the X-Men have ever faced. His powers of illusions can very easily cripple the X-Men and in the comics, Mastermind is the villain who forced the Phoenix force out of Jean Grey. Having him be a major villain in the MCU movie can lead to a similar path. Not only would he be a threatening psychological villain, but he’ll be responsible for unleashing the Phoenix force.

Thank Ryan Reynolds for Deadpool 2. Him putting (and voicing) Juggernaut in his Deadpool 2 movie really redeemed the character’s last failed appearance in the third X-Men movie. The giant, unstoppable tank is what the Juggernaut is all about and he’s physically one of the most powerful Marvel villains. If the MCU is going to give us a younger X-Men team, Juggernaut would be a good villain to throw them right into the fire with. He’s one of the first big villains the original X-Men team fought and they had to learn how to work as a team in order to stop him. That kind of fight would set up the MCU X-Men as a team and force them to learn how to work together.

Now this is a villain who’s live-action debut is long overdue. He was teased a while ago, but we never got him. That’s highly unfortunate, because he’s one of the biggest X-Men villains. His connection to Scott Summers can create some new characters and even connect the MCU to the Deadpool universe. That means we’ll be able to see Josh Brolin as Cable again. Who doesn’t want that? If that doesn’t get you going, Mr. Sinister has motivations and the evil look that would make anyone scared of him. He’s the cunning manipulator, the mad scientist, and the villain who looks like he belongs in a horror movie.

So those are my choices, X-Men lovers. Are there any villains you think I missed? Boy, I can’t wait for an official announcement that confirms their movie is coming.