Home
TV News
Who Is Gregory In “Who Killed Little Gregory?”
Prev Article Next Article 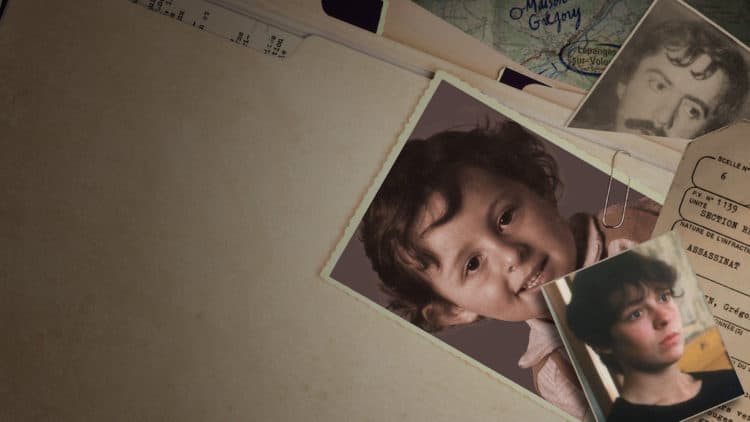 In late November, a new series premiered on Netflix, titled ‘Who Killed Gregory.’ The film is a mystery documentary, focusing on the events, mostly the investigative part, after the death of a four-year-old boy. The series is at the moment only five episodes down, but the story’s development is intense. Looking at how the plot is, as a viewer, the question might be, was this a real-life event. Like most films under the documentary genre, Who Killed Gregory is a depiction of actual events. Another point of curiosity from the mystery show is who Gregory is?

When talking about ‘who Killed Gregory’, we go three decades back to 1984 in the locality of Lepanges-Sur-Vologne in France. There is an air of anxiety following the death of a four-year-old boy, Gregory. The boy’s body was found seven kilometers away in the Vologne River, near Docelles. The murder case remains unsolved at the moment and was the main inspiration behind the documentary series. There is a lot of suspense when looking at the events before and after the murder that encountered Gregory’s family. The series brings the events into account, which further makes the plot interesting.

Gregory Villemin was born on 24th August 1980 to jean Marie and Christine Villemin. The family lived quite a decent life as a working-class man. A few months after the birth of Gregory, his father got a promotion to a foreman of the car parts industry where he worked. According to the Decider, the promotion came with its own dark shadow. The shadow came in the form of strange phone calls and anonymous letters calling for revenge on Jean Marie. It is still not clear what the vengeance was for, though he attributed it to his well-doing both at work and at home. He points out that his promotion and his flourishing family life was a cause of envy. The salutation behind the threats was christened the crow, borrowing a leaf from 1940s thriller movie. The threats took a turn for the worse when his now four-year-old son disappeared on 16th October in 1984. At around 5 pm the same day, Gregory’s mother reported him missing to the police after she failed to spot him playing on their compound.

Some moments after Christine’s report to the authorities, Michel Villemin, Gregory’s uncle, received an anonymous call. The caller stated where the boy’s body was, in the Vologne River. After a continuous search, Gregory’s body was found in a gruesome state at around 9 pm later that night. His hands and feet were rope-bound with his woven hat pulled over his face. The news of the death had the family in a state of anguish from the loss of their beloved. The death resulted in an intense criminal investigation to unearth the perpetrators.

The Investigation Of Gregory’s Death

As from the documentary, ‘Who Killed Little Gregory,’ the mystery becomes tense after the death of the four-year-old. Just a day after the disappearance and discovery of Little Gregory’s body, another anonymous letter came through. It said, ‘I have taken vengeance.’ Coupled with the messages received before, it put the whole case into a frenzy in trying to pinpoint suspects. According to the Los Angeles Times, the extended family members made it to the list of suspects. Top among them was Bernard Laroche, who was a cousin to Jean Marie. Handwriting experts and a statement from Jean’s sister-in-law implicated him. Though Ms. Bolle, the sister-in-law, later retracted the statement claiming coercion by the authorities.

Another twist came again from the handwriting experts. This time, it pointed to Christine Villemin as the main suspect behind the murder of her son. The allegations came almost a year after Gregory’s death in July 1985. Christine was at that time pregnant, and while in custody, she went on an eleven-day hunger strike as a sign of protest. Flimsy evidence came to her aid to freedom after she got charged. She was eventually released in 1993 due to the lack of evidence and motive pointing to her involvement. Christine’s charge was not the only twist in the investigation of the murder case. As supported by reports from the Local, Jean vowed revenge on Laroche after his initial implication. In March 1985, he made right to his threats and shot his cousin dead. Jean Marie got convicted of the murder in 1993, earning a five-year sentence.

The aftermath of the death pitted family members against each other in trying to get to the murderer. The recordings from the anonymous callers were analyzed, though they did not lead to any conclusive results. In 2013, detectives used DNA strands from the binding ropes used on Gregory. The comparison was on ten individuals deemed as persons of interest. Just like the previous analysis, there were no conclusive results to tie the suspects to the murder.

The mystery documentary tries to portray the incident, looking at the investigation and also the drama witnessed after Gregory’s death. It looks at the court system, the authorities, and the media for the role played after the murder of the young Villemin. It is an exciting series to binge-watch, and you can easily catch up as it is only five episodes down.

The murder of Little Gregory seems like something out of a thriller movie or novel. That was what the Villemins would wish for only that it is not some fiction work; it is a reality they live with. For over three decades, nothing has come out of extensive investigations to put down the cold blood murderer. Of more surprise, is the anonymous letters and calls they received that were mildly threatening, until the unfortunate occurred. Some arrests were made on the case as recent as 2017, where Jean Marie’s aunt and uncle were brought in for questioning. The case is still in the dark at the moment. You can relive the decades-old event in the Netflix series, Who Killed Little Gregory.