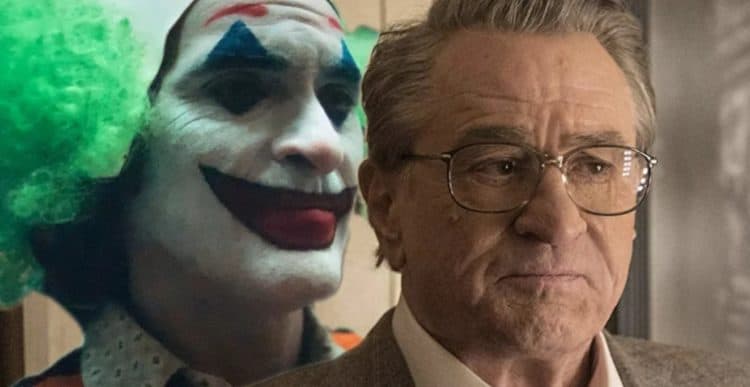 This is kind of a hard question to answer since you can easily imagine that some folks might actually stick up for both actors and state that they’re simply ‘passionate’ and are so dedicated to their roles that they only seem like male divas. But Joaquin Phoenix and Robert De Niro have made it pretty obvious throughout the years that their sometimes-eccentric behavior is bound to come out eventually and present itself in a way that a lot of people will tend to notice and many simply won’t like since it seems to indicate that two very popular names in Hollywood are in fact anything but the characters they portray themselves as. Yes, I know, take a moment to let the shock of that wash over you, and when the sarcasm is processed take the time to realize that as legendary as both men have become they’re both prone to being a bit full of themselves as Angela Williams of GMA kind of alludes to. Some might say that they deserve it since they’ve earned it throughout the years and have done great things in cinema, but others might wonder just how blind a person has to be in order to really think that being at the top of your game gives you a pass when it comes to being this full of yourself.

As Ed Power of The Telegraph has already stated, along with many others, De Niro has been swiftly making it known throughout the last several years that he’s not the kind of guy you might want to think he is when he’s off screen. His anti-Trump rants are just a small bit of what’s been seen as the actor’s extremely rude and childish behavior throughout the years and it’s become evident that if he has something to say that he’s going to say it. You might be able to respect the idea that he doesn’t clam up when it comes to giving his opinion, but he also doesn’t seem to know when to shut up either since when it comes to Hollywood stars calling out anyone for being fake, egotistical, or in general just a less than decent person, some of them need to take a good long look in the mirror it would seem. De Niro has the distinction of being a legend in movies, and he’s gone down in history thus far as one of the greats, but despite his involvement in politics, he’s yet another Hollywood mouthpiece that picks and chooses his favorites and gladly slams those that aren’t. In other words he’s no different than many of the people in this country apart from being a movie star.

Joaquin Phoenix seems like more of an actor of the people in many regards but also has his fair share of issues. It wouldn’t seem fair to pick on either man at this point but the fact that Phoenix actually got up and walked out of an interview, or tried to, when he was asked a certain question seems to indicate that he’s a bit over-sensitive and can’t own up to his own behavior at times, much like De Niro. When it comes to comparing just how diva-ish the two men can be however it would almost seem that De Niro has the edge on Phoenix since he’s got the age, experience, and doesn’t seem to have any type of filter on his mouth as his multiple f-bombs on TV have proven in recent times. His tantrums whenever Donald Trump is mentioned have become something that people are more than willing to talk about and are in a big way kind of comical on their own since it makes him look like an elderly man, I can’t rightfully say gentleman, throwing an honest to goodness fit about something that simply irks him ‘just because’.

Another good indication that De Niro is more of a diva comes from Zack Sharf of IndieWire who managed to relay the fact that De Niro was adamant about doing a read-through of the script and Phoenix didn’t want to since he likes to act in the moment. It’s fair to state that Phoenix has a great deal of respect for De Niro since he happens to be the younger actor’s favorite American actor, but on the set it doesn’t seem as though they conversed a lot, as they were there to get into character and make it happen. But there’s no doubt that De Niro is the one that would throw the biggest fit if things didn’t go his way, as it’s already been seen in the past. It’s a different way to look at an actor that a lot of people have looked up to and emulated throughout the years, but it’s also an important point of view that you can’t help but think is more revealing than the praise and constant glorification.