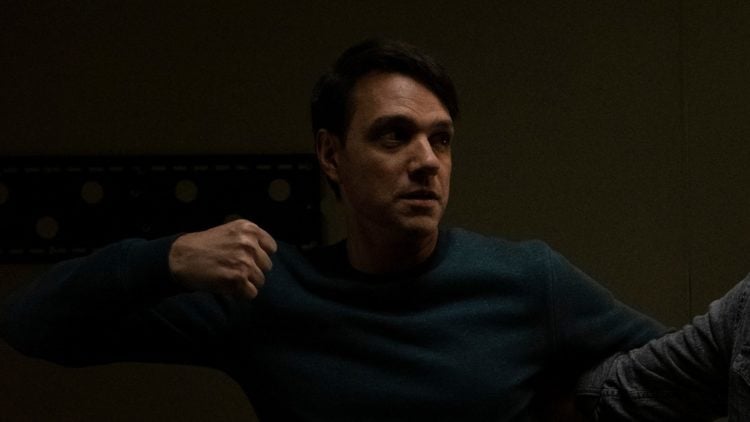 When it comes to the younger members of the cast it’s hard to say just who knows what on the cast of Cobra Kai, but so far things have been deemed as good enough since the show has endured three seasons and people are still loving it. This could be due to the fact that nothing is too flashy at this point and to be fair, those movements that have been a little hard to believe still tie into the idea of the show since the actors have been incorporating them as needed, not with every other move. Jacob Bertrand, aka Eli, and Tanner Buchanan, aka Robby, have the most training of the young students on set, while Xolo Mariduena has some experience since he started training for the show, but not nearly as much. As for Ralph Macchio, he’s only ever trained for the movies and for the show, meaning that he doesn’t really keep up with it and uses the training as he needs to for the role. That might disappoint a good number of people to hear the Daniel really isn’t as good in real life as he is in the movie, but William Zabka, Johnny, knew nothing coming into The Karate Kid, and once he started his training he kept moving forward with it, deciding to keep up the practice as he continued along. In fact, it’s been stated that his kids even got into karate, which is intriguing given his history with the movie and his current involvement in Cobra Kai.

One has to remember when watching a martial arts show or movie that not everyone that steps on screen and throws an expert punch or kick knows exactly what they’re doing with every move. In fact, some of the actors that are lauded as big action stars might actually be lost in a real fight since they’re only seen as tough on screen and would get walloped if they decided to get into a street fight. One thing that anyone should take from this is that in a street fight, unlike in Cobra Kai, the opponents aren’t bound to come at a person one at a time, and they’re not going to let a person see them coming, or that they might have a weapon. Even those that know their stuff in this show are likely well aware that fighting out in the open isn’t a great idea, since not only should a person that has training know better than to step into a fight with their skill set, but they should know that those challenging them to a fight aren’t bound to do so unless they believe that they have some sort of advantage. The idea that Daniel and Johnny were finally working together was great in season 3 of the show, but it’s still a show, and what happened might not have gone down the same way in real life.

Still, it’s interesting to learn just who has the skills, as Ralph apparently had an easier time learning because of his dance experience. It’s easy to give credit to everyone in the show however since they all tend to do a great job and make it look pretty good given that it’s not all fancy kicks and high-flying acrobatics that are going on. While such moves are impressive when it comes to appreciating them for their overall difficulty and the skilled look they give an actor, a lot of the forms and techniques that are employed in the movies and on TV are usually for show, while in Cobra Kai we at least get a few more technical movements that aren’t as pretty but feel as though they’d be far more useful since they’d perform the needed function and would offer a solid defense or offense. One thing about fighting that many people don’t appear to get at times is that while the flashy moves and impressive kicks can do damage if they land, they’re kind of useless against more skilled opponents that know how to block and counter. Cobra Kai has thus far kept things fairly simple and hasn’t delved into as much fantasy as could have happened at this point. The Karate Kid movies did kind of take things fast and loose at times, but the show is so far keeping it a little more low-key.

Whether the younger stars will keep up with karate or another form of fighting once the show is over and done with is difficult to say, but it does feel as though Ralph might do the same thing he’s been doing, train for the show and let it slip when it’s all said and done with. William might keep his enthusiasm for karate up, but again, it’s hard to say at of now. What can be said is that the show is only getting better with each season.