Home
Entertainment
Who Should Michael Fassbender Play In The Marvel Cinematic Universe? 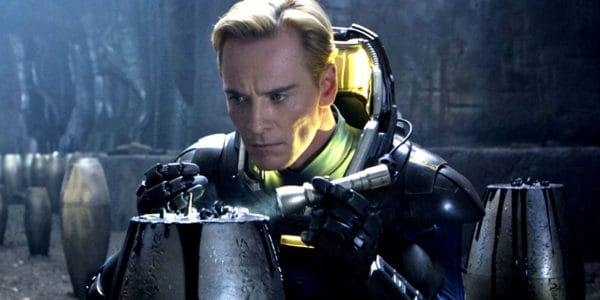 If I had to list some of the most under appreciated actors, I’d have to say Michael Fassbender is at the top of that list. The redheaded German-born, Irish-raised actor has certainly made a name for himself, but recently, it looks like he’s reached a stump in his career. His latest movie was the very, very disappointing X-Men: Dark Phoenix. For the record, I remember seeing Michael Fassbender as Magneto in X-Men: First Class and basically fell in love with his acting skills. The man crushed the role, simple as that. We thankfully got to see him again in the sequel, Days of Future Past, and a third time in Apocalypse. Yes, X-Men: Apocalypse wasn’t nearly as good as its predecessors, but Michael Fassbender’s stellar performance as Magneto carried some serious weight.

When I found out he was coming back to reprise the role for a fourth movie, I was very excited. If the movie turned out to be bad (yipes) at least we still had him. Yeah, Dark Phoenix was a colossal disappointment, but still, Michael Fassbender still crushed it as Magneto. With Dark Phoenix flopping and Fox now belonging to Disney, it’s highly unlikely we’ll ever see Fassbender as the Master of Magnetism again. That’s fine, because at least he’ll have other roles, right?

Before the failure of Dark Phoenix, my man was in a little thriller in 2017 called The Snowman. I’ll be honest, I haven’t seen the movie, although I wanted to because Michael Fassbender was in it. Then, I read the reviews and decided to pass on it. Apparently that was the right decision, because it’s supposed to be hot garbage. What’s another Michael Fassbender movie that came out in 2017? Probably the most disappointing movie of that year called Alien: Covenant. Yeah, that movie was a big letdown. However, Michael Fassbender wowed me by playing dual roles as the androids Walter and David. Walter was the caring, selfless companion to the crew, while David was the sociopathic mad scientist who lacked empathy. How many actors can play a hero and a villain simultaneously? Not very many.

So yeah, my man was in some disappointing movies fairly recently, but he can bounce back from those. How, you ask? Well, if an actor wants to be a part of something truly ambitious, he should look to comic book movies. Yes, he has already been a Marvel villain, but that was in the Fox-produced X-Men movies. Now that those are history, he can take on another comic book role. With his superb acting skills, he can play almost any character. If you ask me, however, I really think he’ll be best suited for a villain.

Speaking of which, the rumor-mongering entertainment news site, We Got This Covered, has recently reported that Marvel is eyeing Michael Fassbender for a villain role in the Marvel Cinematic Universe. First of all, this news is coming from We Got This Covered, so take it with a massive grain of salt. However, I’m willing to humor them in this case, because I really, really want those rumors to be true. Now let’s just say they’re right about Marvel getting Michael Fassbender on board for an MCU villain. The real question is, which Marvel villain would suit him best?

Let’s begin with the obvious option here. No, he should not be Magneto again. And no, him playing Magneto in the past shouldn’t impact his chances of playing an MCU villain. Those movies are not a part of the MCU and frankly, Michael Fassbender deserves better than how those movies ended. But since the Multiverse is coming to the MCU, does that mean we can actually see his Magneto again? Possibly, but I highly doubt we’ll see those characters again. That time has ended and Marvel is preparing for a new X-Men team for the MCU.

I don’t believe we’ll ever see Michael Fassbender’s Magneto again. I do believe, however, that he can play another major Marvel villain in the MCU. That villain is the arch nemesis of the Fantastic Four and the original inspiration for Darth Vader.

What I loved most about his performance as Magneto was that he wasn’t always villainous. When he was being a villain, he was doing so out of a desire to protect his fellow mutants and he didn’t always take lives for no reason. His Magneto acted more as an anti-hero who was capable of acting civil. He had a dry, sarcastic sense of humor and showed respect and loyalty to those who he considered friends.

Those are the kind of layers Michael Fassbender can bring to the MCU’s Doctor Doom. He can make the character the stern villain he is in the comics, but he can also make him much more. Fassbender can capture Doom’s more villainous traits, but he can also make him sympathetic, facetious, and at times, a man who shows respect to his enemies. Doom’s most redeeming personality trait was his devotion to his country of Latveria and his own mother. Fassbender has proven he can take the most brutal and vengeful villain and make him capable of showing love for others. He did that for Magneto and he can do the same for Doctor Doom.

What are your thoughts, Marvel Fans? Do you think Michael Fassbender is the right choice to play Doctor Doom in the MCU? For once, I really hope We Got This Covered is actually accurate.