Home
Movies
Who Should Play Geppetto in the Pinocchio Remake? 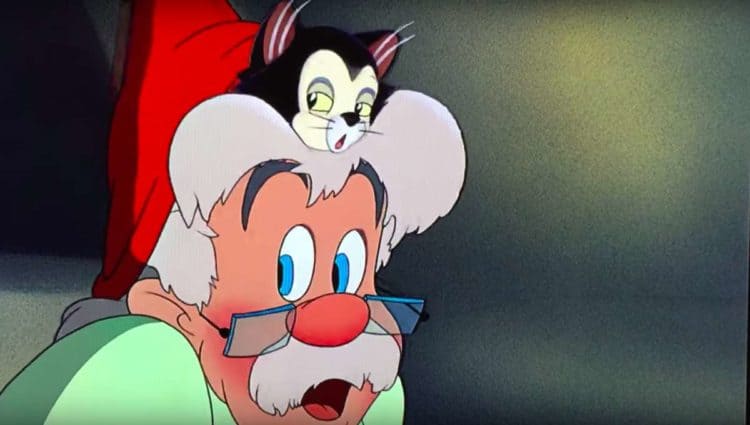 It should be pretty obvious that it was only a matter of time before Pinocchio was looked at for a live-action treatment, but wondering how it’s going to go is kind of hard to imagine at this point since it could be a visual treat or it could be something kind of creepy. Keep in mind that movies with talking dolls haven’t always been seen as cute and charming, but hopefully Disney can do something with this one that will make it appear less unnerving and magical in the same way that the animated version was. As far as casting goes it’s hard to say just who will be given each role, but Tom Hanks appears to be the man that’s up for the role of Gepetto at the moment as he and Disney have been in talks to see whether or not he’s a good fit. Considering that he played the part of Mr. Rogers, a childhood icon, pretty recently, it might be that he’ll be a sure bet to play the role of the aging toymaker. There are a few other names that might have been wise to consider if Disney was looking around since there are plenty of talented individuals in Hollywood and many that might be able to take on the role of Gepetto with just as much class and charm.

Here are a few individuals that might have been wise to consider for the role of Gepetto.

I’ve made the case for Gary Oldman in a number of different articles such as this largely because Oldman is a chameleon when it comes to acting and while he can play one of the most violent and despicable villains he can also play a very convincing and friendly protagonist. Watching him on screen when it comes to playing various characters is impressive as he’s one of the many that become the character so fully that there are times when one has to stop and realize that the same person who played in one movie has now flipped the switch and become someone entirely different.

It might sound like an odd choice given the location where Pinocchio takes place, but it does feel that many people might get on board with an idea like this since not only is it a different look at the toymaker, but Morgan Freeman’s voice is just kind of addictive since he can easily play the kindly old man. It’s true that some people might speak out concerning the sensibility and historical accuracy of it, but if such things could be suspended for a bit then this might be a workable idea. After all, Pinocchio is brought to life by a fairy that is part of myth and legend, so adding in another part of the story that wasn’t entirely accurate shouldn’t be that big of a deal.

This kind of seems as though it would be a no-brainer since Hoffman is easily seen as the grandfatherly type that could make this part work in a big way. The only downfall would be that he might be getting a bit old for such a role and could be better off leaving it to others. The good thing though is that Gepetto isn’t a young man in the animated movie, and it would be better to use someone that’s a bit older in order to make it feel authentic. Hoffman might not even take the role, but he’d be one of those that might actually be given the kind of thought that was needed just to give another name to consider.

Steve would likely bring a bit of comedy to the role that would be quite welcome since like it or not, Gepetto is kind of a funny character that could be open to a different look if he was able to integrate a bit of humor into the movie. A puppet that he creates ends up coming to life, and essentially becoming his son. Does anyone else see the possibility of humor there? He’s already played a father figure more than once in the movies, so it should be a piece of cake if he had to do it again, and there’s a lot of confidence that he could make the role into something even more special if he agreed to it.

Stanley might stand out as another odd choice since he’s not exactly the father or grandfather type in movies given that he’s usually some type of intellectual that tends to be a bit condescending to the other characters. But this feels like it would be a nice switch for Stanley since he usually plays a very certain type of character. Seeing him as the warm and caring type isn’t common but it’s possible and it’s always a nice turn.

It does feel as though it might be Tom Hanks at this point, but having options is a good idea.