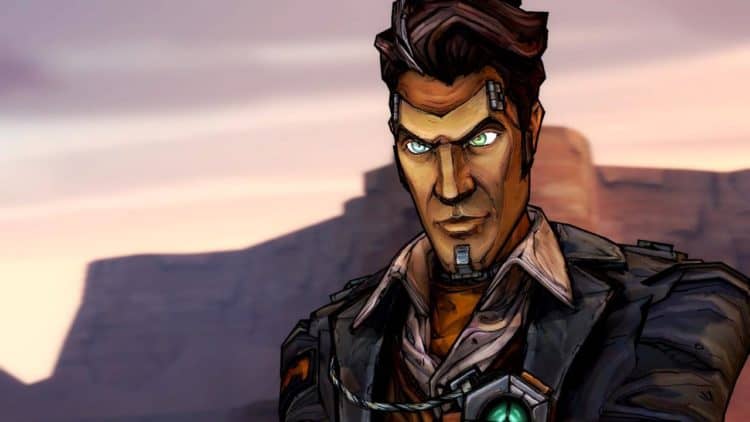 I’ll just come right out and admit that I’m not a hug fan of Borderlands. I tried the first and second game and they didn’t work for me. It’s not that I think they’re terrible games, but for me, they just weren’t my cup of tea. It is what it is, they’re plenty of games out there, but not too many video games have the misfortune of getting a movie adaptation. If you’re a Borderlands fanatic, you’re probably aware that Eli Roth will be directing a movie adaptation of the game. Is that really good news? I mean, video games and movies have a tendency not to mix. The fairly recent Detective Pikachu movie and Sonic the Hedgehog movie have temporarily broken the video game movie curse, but too much damage has been done to just forget the sins of the past.

Oh, and there’s also Eli Roth. As an actor, he’s fine, but his directing filmography isn’t exactly one to be proud of. I’m not a big fan of the video game or the director. However, I can think of a few reasons to spend some money and go see this movie. For one, Eli Roth has an over-the-top directing style that he can easily implement in a Borderlands movie. He likes showing crazy violence and Borderlands is all about crazy violence. Yes, his movies don’t have the best dialogue, but so what? In this case, it’s a movie about Borderlands and everyone talks in quippy one-liners and profanity. I may be talking too prematurely but this could be Eli Roth’s best movie. Seriously, it fits his profile.

The movie has its director, but what about the cast? Earlier this month, some casting news surfaced that really surprised me. It was reported that Oscar-winner Cate Blanchett is in talks for playing Lilith, one of the series’ main characters. That’s all I know about her, so I’m not entirely sure how that would play out if she turned out to be the main protagonist. All I know is this is Cate Blanchett we’re talking about here. She’s amazingly talented and has been in some major franchises. If Eli Roth has gotten her to come aboard, then that seriously means something. I would’ve never expected her to be in a video game movie of any kind, but there must be something that turned her on. Maybe it was the script or Eli Roth gave her a good pitch, but if she’s willing to come on, that gives me some hope.

Speaking of hope, how about we talk about the cream of the crop. I don’t know much about Lilith, but I am familiar with another Borderlands character. Claptrap? Yeah, he’s funny and I hope he’s in it, but I’m more interested in the series’ big bad. You Borderlands fans know who I’m talking about. The one, the only Handsome Jack.

Okay, I know I’m not too knowledgeable in the Borderlands lore, but honestly, which character is more cooler than Handsome Jack. Whatever I didn’t watch of him in gameplay, I watched in Youtube videos and I can see why he’s a big fan-favorite. If you forget about the Arkham games, you can call Handsome Jack the Joker of video games. Okay, unless you bring up Kefka from Final Fantasy, but Handsome Jack is right up there with them. He’s a dictator, he’s a ruthless killer, and he’s got a dark and facetious sense of humor. Just listen to this guy talk and you’ll understand what the Borderlands series is all about.

If I’m going to enjoy this Borderlands movie, then it needs to nail the casting of Handsome Jack. If Roth can scoop up a heavy-hitter like Cate Blanchett, then he can’t stop there. One very popular actress can attract some names, but if can get another big name to play the villain, then he just might have a hit on his hands. The only issue is that Handsome Jack is a vile and charismatic villain and it will be difficult find an actor who can display that.

The best way to fix that issue is to cast the perfect actor and I have a few candidates. I’ll start with my number one choice and it’s only because I believe he’s perfect for the part. I’m voting for Bradley Cooper, an actor who can play both comedic and dramatic roles. When he wants to be funny, he’s hilarious. When he wants to make you cry, he makes you weep. He has the ability to combine those skills to make for a truly compelling character. This is why he would be perfect to play Handsome Jack. Cooper has experience playing characters that can be hot-headed and unpredictable, but facetious and charming as well.

That’s the best way to describe Handsome Jack, who I think is one hilarious villain. That’s what separates him from typical stoic villains who just kill because they’re evil. Handsome Jack believes he’s the hero of his own story and if he’s going to do something bad, he’ll make a crude joke about it. Much like the Joker, Handsome Jack loves to taunt his enemies and gloat about how he’s going to kill them. He’s got problems, but there’s some tragedy behind this character.

Cooper has played angry characters that are shaped by some kind of tragedy. Take a look at Silver Linings Playbook and American Sniper and you’ll see exactly that. Both characters from those movies could be funny and likable, but then they would flip like a switch. When Handsome Jack is talking, he likes to joke around and on the surface, he sounds like a guy you’d want to have a drink with. However, he would also burst into a violent mood swing and turn into the guy you’d want to stay far away from. He might even show a small tad of sympathy, but he would also probably think it’s funny. Plus, Bradley Cooper often plays pretty boys and Handsome Jack prides himself on being a pretty boy. That’s why when his face was disfigured, he became much more deranged.

I’m not a huge Borderlands fan, but the more I think about the potential here, the more excited I get. There are many talented actors out there, but I believe Bradley Cooper is the best choice for the series’ top villain. What other actors do you think can pull it off?