Home
Movies
Who Should Play Sabbac in The Black Adam Movie? 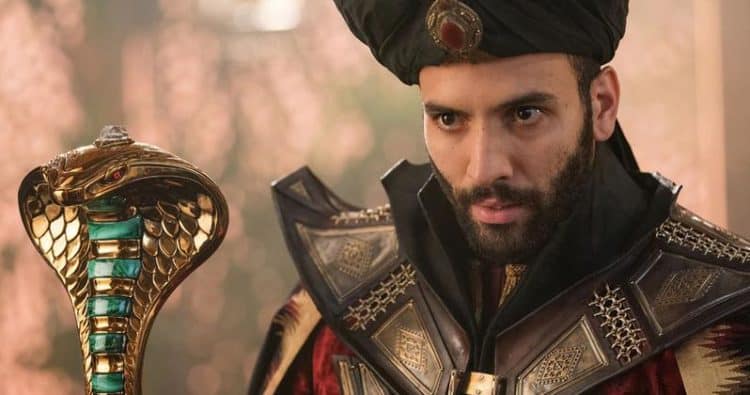 Even with all the rumors floating around about the Black Adam movie and ideas of who should play the villainous Sabbac, one of the major bad guys that Shazam has had to deal with in the past, has been decided. Marwan Kenzari, who played Jafar in the live-action version of Aladdin, is apparently being looked at for the role and to be certain, he does sound like a good pick. What he’ll end up looking like as Sabbac unless the director ends up subbing someone as they did with Billy Batson and Shazam, is hard to say, but it’s also likely that CGI could be employed since Jafar’s transition into a genie was done in such a manner, and despite being a short-lived appearance it was still rather impressive, enough so that a being made up six demons should be able to be accomplished quite easily. Considering everything that’s been done with motion capture lately it’s definitely easy to think that Dwayne Johnson’s character, Black Adam, will be all-natural while Sabbac will be a character that will benefit from CGI and the acting skills of Marwan. As a big bad, Sabbac is someone that could apparently contend with Shazam or Black Adam and be as close to their equal as possible. The fact that he’s a being composed of demons usually means that he would be defeated at some point since this is after all the expected outcome in such movies, but his introduction would be interesting since it does feel that he would be able to match other heroes just as easily as Shazam and Black Adam have.

As many DC fans likely know, Black Adam is a curious character since he’s been a hero and a villain throughout his time in the comics, but his role as a villain has usually been more prominent since he’s a perfect foil to someone like Shazam. But Sabbac, who is essentially like Shazam and Black Adam, is a great counter to both of them since he’s all bad and has no illusions that he can be, or would want to be, a hero. Plus, there is the idea that the demons that make this character would eventually flee when they sense that defeat is imminent, which makes him a little more challenging to accept since like many evil beings his power is only held so long as the creatures that contribute to his superiority feel that they have the advantage. That’s kind of an odd weakness for any villain to have, the need to be in control at all times, but it makes a certain kind of sense, considering that many of those that are out to do wrong without thinking about the consequences might not be able to cope when they happen to lose that precious control that they crave so badly.

Right now it sounds as though Marwan is being eyed for the part and hasn’t been tapped at this time, but there are a few others that might be a good fit for the character Sabbac. People are no doubt bound to put their own picks in the ring to be pored over and picked from, but Marwan does appear to be one of those that might be the favorite to take the role so long as there are no objections or issues that might have to dealt with. The movie is still in the works apparently, even though it’s been called out for being stalled again and again, but with the pandemic still going on it’s hard to say what’s going to happen and what we’ll see take place by 2021. Many people are excited to see what can come from a Black Adam movie since the clash between Black Adam and Shazam was something that people were hoping to see in the initial movie, but as it’s been surmised, things are going to take a slightly different direction from the comics and it’s likely that we’ll see this eventual battle, but it might not happen for a while yet. The fact is that the Black Adam movie will also have to wow the audience in a way that will make it necessary to push forward with another movie, and at this time it’s fair to state that people are already raising their expectations for the movie, which is a risky proposition to be certain.

Dwayne Johnson has come a long way from The Scorpion King, which was highly anticipated but ended up being kind of a dud despite the hype, but there’s still the idea that Black Adam could be hyped a little too much before it finally comes out, raising the expectations to a level that many movies can’t meet. Maybe with a convincing villain, it will have a better chance of meeting those expectations and actually surprise a few people.