Home
Movies
Who Was the Lost Willy Wonka Character We Never Saw? 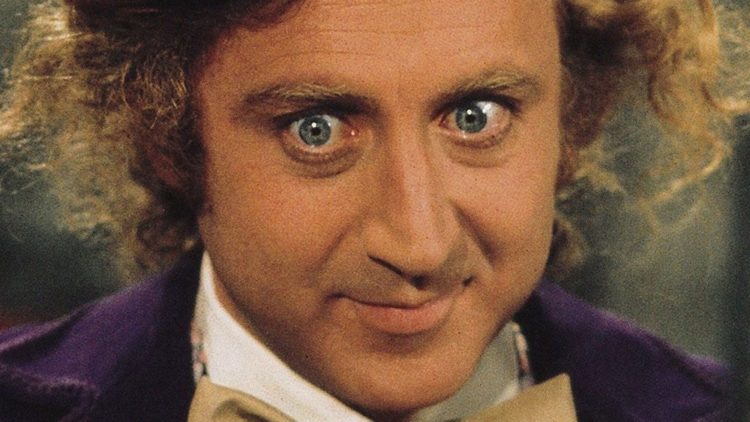 For what was supposed to be a kid’s story, Willy Wonka and the Chocolate Factory was actually kind of dark, but people still flocked to see it and absolutely loved it, right up until they decided that they had something to say about it. But one has to wonder how many people know that the author, Roald Dahl, initially had 15 kids that would be granted a golden ticket, or that the number was originally, in the book at least, whittled down to 6? That 6th child is the one we never got to meet, but when one learns about her, it’s kind of easy to see why she wasn’t even mentioned in the movies since her behavior is kind of caught up in the other characters and it might have been a bit redundant, not to mention dark. That’s kind of funny to say since the movie, and its reboot was actually kind of dark too since the setting and the overall feeling was one that was rather bleak and didn’t offer up a lot of hope to be certain. But learning that there was supposed to be a sixth child that won a ticket to visit the factory is kind of interesting since it means that those making the movie actively said no to this idea for reasons that are probably all well and good, but it’s still frustrating to know that there’s a version that might have been a little different. Of course, when you learn what was about to happen to this child then you might think it was a good idea to leave her out.

Miranda Mary Piker sounds as though she was one of the worst kids to be granted a ticket since apparently her entire demeanor was plain nasty as she said and did what she wanted and had no one to tell her to stop or make her behave. In other words, she was like the other kids, but with even less parental supervision to keep her in check, for all the good that did with other kids, apart from Charlie. But what happened to Miranda was pretty gruesome since she was fated to meet up with the Crunchy Munchy Peanut Brittle Bars mixer after swimming in the chocolate river and falling down the chocolate waterfall. In other words, she did the same thing that Augustus Gloop did, although she wasn’t sucked up the tube, as she went over the falls into another machine where she was turned into peanut brittle, which is WAY worse than the other kids. At the very least, the other kids could walk out of the place under their own power, where Miranda would likely have to be carried in a box and enjoyed as a snack. Hey, the movie does get pretty dark after all, so it doesn’t take much effort to just go with it.

When you look at what happened to the rest of the kids, minus Charlie since he didn’t act out or behave in a manner that required a song and corrective measures, they actually got off fairly easy since Miranda was the only one that was bound to leave the place in pieces. But the cautionary tale that this story manages to set up in such a macabre manner is still kind of humorous since people are a bit divided on whether the kids really deserved it or if the punishments didn’t fit the supposed crime. When one looks at it the issue comes down to how parents indulge their kids and how they mete out discipline if and when it’s ever necessary. Obviously the kids in this movie were some of the worst, again, excluding Charlie since he’s the anomaly in this whole thing, but Miranda would have raised the bar a bit higher no doubt. The R-rated version of this movie that was released a while back likely could have come up with a worse and possibly gorier end to her tale, but seeing as how the clip took every punishment and made it look like something that would be featured in a Saw movie, it’s very possible that being turned into peanut brittle would have felt like a light punishment compared to what could have happened. But all in all, it might be for the best that we never had the chance to meet Miranda since she might have made the other nasty kids look like absolute angels since she sounds like a batch of pure awful given human form.

Sometimes it’s best to stick to the source material since it’s bound to entertain the fans, but there are those times when the source material might need to be trimmed just a bit in order to make things a little easier for the viewing audience to accept. Peanut brittle though, that’s pretty harsh.