Home
Entertainment
Who Would Angelina Jolie Play in a Star Wars Movie? 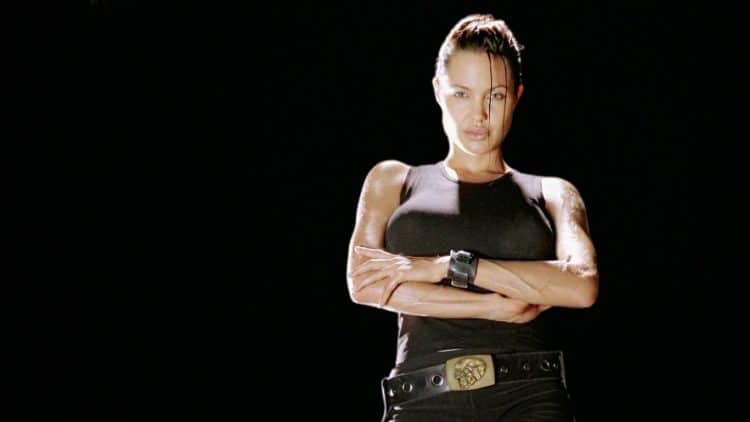 Not to disregard MovieWeb’s Ryan Scott or suggest I know more than anyone else, but it does seem as though Angelina Jolie might be better off acting in a Star Wars movie or show than directing one. Is that a dig against her directing credentials? Nope, not even close, it’s simply a desire to see one of the more popular actresses in show business in full get-up and possibly kicking some serious tail on screen depending on what role she would want to take on. I can personally list my favorite ideas that might include her, even if they run contrary to what others would like to see, since Jolie has been a true threat in a lot of movies and isn’t quite old enough yet to be pushed aside when it comes to an action role. And if anyone reading has been up on the Star Wars canon, both original and current, then they’ll know that there’s plenty of material that can still be used and relate to the current canon that Disney has pushed.

The assumption that a lot of people have, and I’d agree with it, is that she would need a fairly big part that would stand out even if she didn’t end up being the lead. There are many parts like this in the Star Wars universe, though a couple that might have been great would be difficult to bring in now since it would appear that the Skywalker line is ending. Thankfully while Star Wars is more than just the Jedi and Sith, there are always bound to be a few Force-sensitive individuals kicking around and thus there will always be those characters that will exist to interact with them. Abeloth comes to mind, though of course she was a part of the Expanded universe that Disney laid aside when they took over Lucasfilm. The battle that this ancient creature had with Luke Skywalker was epic in the books, but perhaps there’s a way she can be brought back for a new generation of Jedi. I mention this character since Jolie has already played an all-powerful enchantress in the CGI movie Beowulf when she took on the role of Grendel’s mother, and despite the belief that this movie wasn’t all that great her part was still rather interesting since it appeared that she simply couldn’t be killed.

But stepping away from the controversy of bringing a part of something that’s already been cut there’s another idea rattling around in my mind that has been there for a while and seems as though it needs to be expressed. A lot of people, especially those that don’t know that much about the early days of the Jedi before the Purge, wouldn’t know about the Dark Woman, a Jedi that was so devoted to the Force that she gave up her own name and became known only by the moniker she gave herself. This woman was a powerful Jedi back in the days of the Order and in the graphic novels that may or may not be considered canon anymore she did battle with Darth Vader sometime after the Purge, which in my estimation would be an impressive fight to be seen on screen. This would in fact require an ambitious director to go back and create either a series or another trilogy, or perhaps a single movie, and show the details of what happened after the Purge, when Vader and Palpatine were still rounding up the remaining Jedi and sending them off to meet the Force in their own brutal fashion.

A mundane character for Jolie just doesn’t seem like it would work since she has the kind of on screen presence that demands something up front and personal. The Dark Woman or Abeloth offer her a chance to be that character that’s not always in the spotlight but is still insanely important because they would drive the story from the shadows and grant people a rather ubiquitous character to wonder over and discuss in hushed tones as they try to pore over the existing lore and figure out everything they can about them. There are plenty of other characters that Jolie could take on as well and there are no doubt many ideas that could spring up and be made enticing to the actress since she’s proved throughout the years that she’s fully capable of taking on whatever is thrown her way and making it work in a very big and effective manner. But this is Star Wars, where the unknowns and the famous either step in for cameos or go big and wow the audience, so Jolie would need something that suits her stature and could possibly amaze the audience and even give them hope once again that Disney hasn’t completely ruined the franchise just yet.