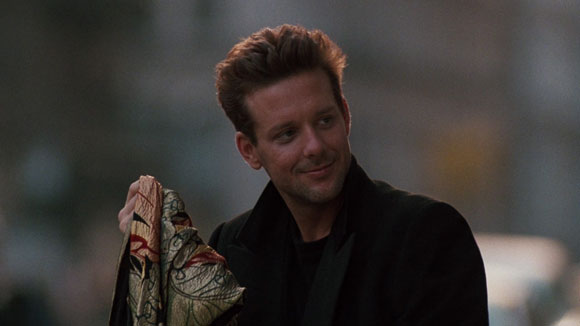 Is it fair to say that everyone is tired of hearing the talk and that we want to see the walk now? Obviously Mickey Rourke is spoiling for a fight and since it’s not likely that he’s going to get Robert De Niro to take him seriously, maybe Elon Musk will do something more than flap his gums as he did at Johnny Depp. After all, this current hullabaloo started when Elon Musk was mentioned during Johnny Depp and Amber Heard’s divorce proceedings. Apparently Amber and Elon had dated a bit once she was separated from Johnny, though he claimed that they’d been seeing each other before their separation. When it came down to Depp threatening Musk’s manhood, Elon decided it was time to make a comment that he’s likely regretting just an iota about now since he stated that any time that Depp wanted a cage fight just give him a call. Obviously that won’t happen since Depp wants to make it clear that he’s NOT a violent person. But Rourke has no qualms about getting to Musk and sticking up for his Hollywood pal, Depp. It’s been mentioned that Musk has ‘dabbled’ in martial arts for many years, but has never been a full-time practitioner. To be fair the guy has a lot going on and a great deal to do during his average day so squeezing in regular lessons might be tough.

But Mickey Rourke is a former boxer and far more of a legitimate tough guy (not saying much) than Musk is, and it’s likely that if Musk did respond in the positive he’d be a hurting unit not too long after the bout. For a WWE event, this might actually be kind of interesting since it could go down with a storyline that Vince McMahon might like and it could possibly draw a bit more attention than the WWE has been getting as of late. But Rourke against Musk? Bring the ice and a lot of painkillers since both men would need them, Musk for his bruises and cuts and Rourke…probably just because he’s getting old and needs something to soothe his bruised and aching knuckles when he’s done. That’s right, the choice, in this case, would be Rourke, largely because the guy’s been a boxer in his past, whereas the most Musk has ever done is step onto the mat and learn a couple of moves that he might not have even retained. While Musk is trying to figure out how to apply a hold or how to even start one Rourke would have all the time in the world to rain down as many blows as he could on the billionaire, keeping him off guard and unable to do much more than just cover up and take a beating. Keep in mind though, that’s a prediction and an opinion, as it could, either way, considering Rourke’s age and the fact that he’s not the same person that he used to be when it comes to being in fighting shape.

Looking at Musk though, the guy just doesn’t look like he could handle himself against someone that’s received any fighting training, much less against someone that did actually fight in their past. Believe it or not but those skills that a person learns are hardwired at some point and don’t just go away. The body and the reflexes might have changed, but it feels safe to say that Rourke has retained enough of his fighting days to really put a hurting on Elon if it ever came to it. As of now though the most we’d ever be likely to see probably would be a resurgence of Celebrity Deathmatch with both contestants being made out of clay, or perhaps it would be CGI this time. In any case, it would be good for a laugh and, unfortunately, it would probably swing in Musk’s favor if only because of the animation. Right now though the best thing would be for Musk to put up or shut up and just ignore Rourke, since to be certain, continuing this line of discussion is only making him look a little more foolish each time he responds, which is ironic considering how intelligent he really is. It’s amusing how some folks will talk as tough as they possibly can now and again but when given what might be a real challenge they either clam up or they double down and just make it worse. So far it sounds as though Musk hasn’t replied to Rourke, but if he does, and that’s a big IF, then it’s going to be likely that he’ll be as condescending as he possibly can be and make it apparent that he wasn’t being serious and that anyone with an ounce of intellect would be able to reason that he would settle things like an intelligent, rational human being. How boring.