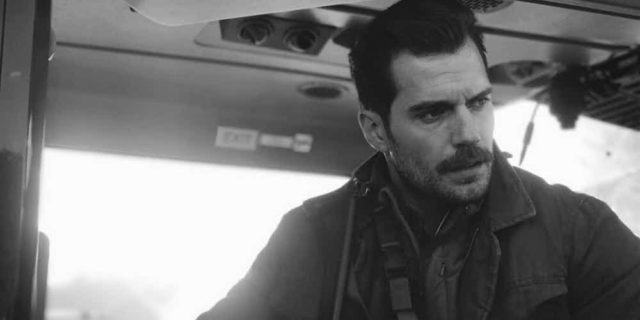 It makes the mind put in some serious overtime when we realize what has become newsworthy these days. From the smallest details to the most inane it seems as though nothing escapes tabloid, news posts, and pretty much anything that people feel the need to report upon. One would think that with the amount of digital technology and the oh so important invention known as a razor that such things as facial hair would no longer be an issue. Add to this the advent of using fake beards and mustaches that look and feel like the real thing and such a thing as facial hair should have long ago been relegated to something worthy of the costume trailer without allowing it to go further.

But then people seem to love controversy in any way, shape, or form that they can get it. And celebrity news must really be in a lull when something as un-controversial as a mustache can make headlines. Seriously, this is what we’re reduced to?

Between shooting for the new Mission Impossible movie and Justice League shoots Henry Cavill is not allowed to shave.

I swear my brain almost crashed from the very idea that facial hair could possibly be the reason to write an article. Even if he’d allowed it grow to his knees and hadn’t brushed it in weeks it would be the subject of disgust and amazement, not a serious debate over whether he should shave or not. In truth anyone’s facial hair should not be an issue when it comes to filming no matter if it is desired or not. Superman is commonly seen as clean shaven, but the one fact that people seem to forget is that Superman has been entombed for a while now. Hair and even fingernails tend to grow despite the demise of an individual, as it’s been scientifically proven. So the man of steel might be looking a little grizzly upon his return to the land of the living. There, problem solved, right? Oh if only it were that simple.

The idea is to digitally remove his mustache and whiskers.Â

You know, as opposed to a razor with shaving gel. So instead of getting a natural look we’ll get the somehow slick, shiny look that we got for Moff Tarkin from Star Wars: Rogue One. Don’t get me wrong, bringing back the iconic character was impressive through CGI but even with his aged and wrinkled demeanor he looked like he’d just been slimed recently, or at least dunked in Purell and then left to sit while it dries. Chances are you’d get the same thing with Superman. So how about we make a little more sense and let him shave, but then use false facial hair when he has to go back to Mission Impossible. Consider this, makeup artists in Hollywood were good enough to create the character of Sloth in the Goonies in 1985. 1985 people! Surely manufacturing some scruff and a mustache wouldn’t be that hard.