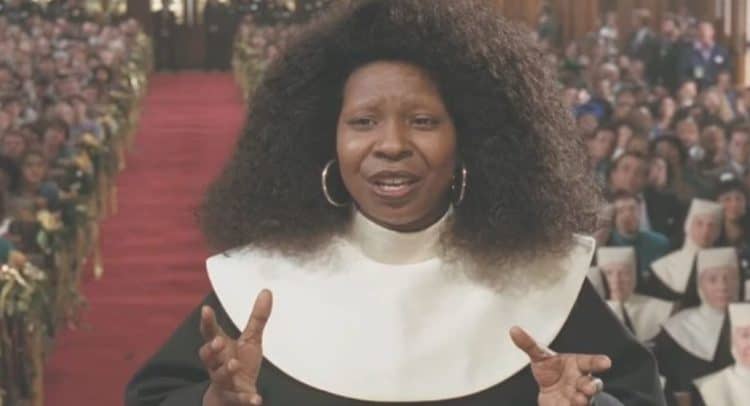 As much as people really want to be entertained these days there are still moments when a person just has to shake their head and wonder why in the world some people keep wanting to go back to a well that dried up back in the 90s. The fact that there are a lot of ideas that might be decent if they were updated and brought up to code for the current era is hard to miss, but a Sister Act 3 is something that really doesn’t feel needed since someone apparently felt that there just weren’t enough musical numbers in the current time period, but that same person forgot that Cats was one of the latest attempts and it was a dismal failure. Sister Act and its sequel were great for their time and they allowed Whoopi Goldberg to really show what she had to offer once again, but she’s a good deal older now and the feeling that the third movie might not be as great as people are thinking just isn’t sinking in for some reason. It could be due to the idea that people have been pining for this movie for so long, but it could also be that people are just so desperate for entertainment that they’ve somehow forgotten that there is an uncounted number of movies and shows, both old and new, to pore over and pick from.

That’s hard to figure really since it tends to mean that people are glued to their TVs in a way that’s kind of disturbing. Granted, a lot of folks have been quarantined inside for the last several months and are hopefully now enjoying some time outside if they haven’t before. But when it comes to being entertained the idea that one can only watch TV and/or movies is more depressing than the actual reason why they’ve been quarantined. Being entertained is great and having quality entertainment is even better, but pining for one movie when there are so many others to watch and so many other shows that can capture a person’s attention is a bit silly. Sister Act 2 wasn’t that great compared to the first movie, but somehow it reached cult status, but the third movie feels as though it might pick up and be anything but what people were hoping for since after a couple of decades it’s easy to think that Whoopi isn’t going to be the same and neither will the rest of the cast if they can be brought back.

It does sound as though Whoopi is on board with the idea and that it could possibly happen, but whether it’s going to be on the big screen if at all possible, or on Disney+ is uncertain at this time since the first thing to do is make certain that the movie is going to be made. Barring that, the idea would then be what the movie would be about and who would be starring in it since it might do to have some younger talent to take the reins, or to at least serve as a supporting role since like it or not, most of those that were in the first two movies are starting to get old and it’s very easy to think that without a younger element in the movie it’s very possible that it would flop even harder.

The funny thing about this is that the more people clamor for entertainment, the less they appear to realize that we currently have more movies, more TV shows, and more access to all of it than we ever have. There are movies and shows from decades past that many people haven’t watched and might actually enjoy if they tried. But the fact is that people are used to getting something new and something that they’ve been wanting to see for years on end, and the studios are of the mind to give them what they want now and again, and apparently, this is what people are after this time around. The question of why that would be is still something that a lot of folks are probably trying to figure out since the movies were okay at one point, but despite the fanbase, they’ve outlived their usefulness in a big way and bringing back the musical feel of the movies is something that a lot of people might be misjudging at this point, especially if the feeling is that the experience is better on the big screen. Theaters are still an iffy prospect in a lot of places these days and those that are operating aren’t able to operate with a full capacity just yet, so it’s easy to think that this movie if it does happen, might be headed to streaming. If it does it might be best to include it as part of the service and not charge a premium.