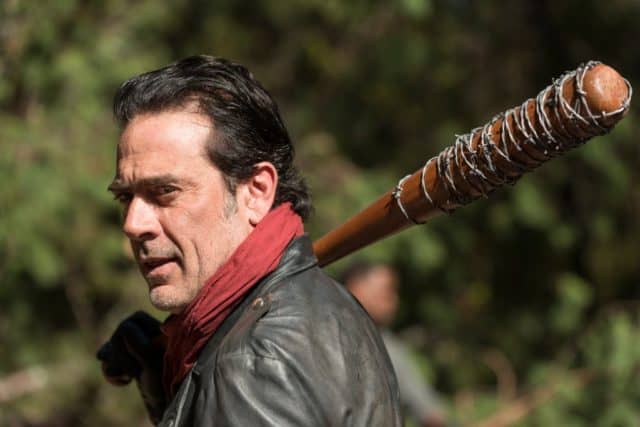 The Walking Dead season 7 finale is tonight and from all indications we’re looking at an all out war.Â Â  P.S. how awesome were those images of Ezekiel and a tiger this week?Â  We all know that tonight’s confrontation with Negan and his band is going to get pretty ugly.Â  I think the episode is going to give fans exactly what they looking for, until it’s time to throw them for a complete loop as the show always does.Â Â  But until that surprise moment, we’ll all revel in watching Rick Grimes and Negan’s clans duke it out in what will be an epic battle.

The million dollar question of tonight is “Who gets killed off?”Â  Some speculate that Negan will get the axe but Jeffrey Dean Morgan has been fantastic and it’s quite conceivable that producers will want to keep him on the show.Â Â  Remember, when there’s a fan favorite, producers usually yield for as long as they can.Â  Will a major character like Daryl or Michonne or even Rick die?Â  Fans think the chances of that are highly unlikely because of the show’s brutal premiere this season.

However, one thing we know about The Walking Dead is that we cannot, and should not, put anything past this writing team.Â  The only thing we can do is wait for the bomb to drop on us.Â  And if there’s one thing that’s certain, on tonight’s episode, that bomb is inevitable.