Home
Movies
Why a Transformers Love Story is a Terrible Idea 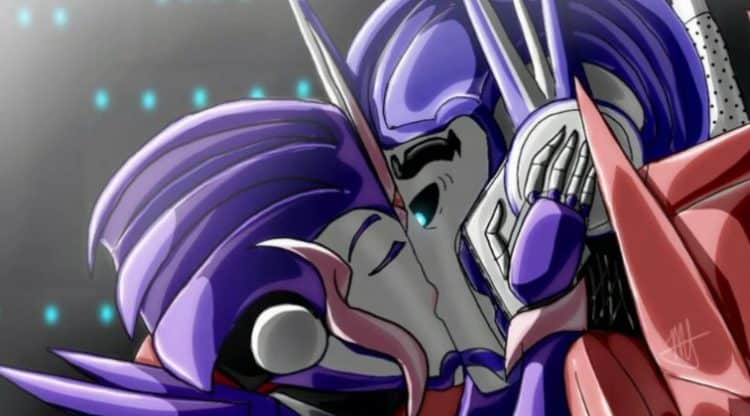 Why shouldn’t there be any romance in a Transformers film? That’s kind of easy, IT’S A TRANSFORMERS FILM. You know, robots in disguise, constant war between Autobots and Decepticons, big explosions and chases and battles? That kind of thing is what people want to see and expect from a Transformers movie, not the romantic angle. We’ve seen that kind of thing between humans in these movies to be honest and even between the humans it seems to take away from the whole movie and create something that’s not horrible but is kind of hard to digest since it doesn’t have much to do with the main story and acts as its own sub-story. It doesn’t really matter which movie you pick out when you point to the romantic angle, each one of them has had their ups and downs since up until Mark Wahlberg took over you had to deal with younger people trying to figure out how they felt about one another and finally coming to terms with the fact that they cared about one another so deeply that getting involved in an intergalactic war wasn’t going to split them apart.

But now it seems that the romance is going to be foisted on the Transformers, literally. Yes, the idea of creating romantic feelings within the Transformers themselves does seem like kind of a bad idea since instead of a science fiction epic we’re bound to get something that’s more like a science fiction soap opera. That might sound harsh and even a bit dismissive but fans are typically the ones that will give a yea or nay when it comes to what they want to see, and despite the vision that the producers or the directors have there are only going to be so many people that decide to give them the benefit of the doubt when they decide to switch something up in this manner. The Transformers have dealt with romance in the past, but it’s been a fleeting thing and usually between humans, which is something that people can understand. But romance of course isn’t just about physical contact, as it can be about the intimacy that is felt between two sentient beings. This still seems like a bad idea between the Transformers however. There’s already a camaraderie that speaks of a closeness between them, they are refugees after all that have fled their home planet and are looking for a new home. They share so much already that calling them anything but intimate would be kind of ignoring their many struggles.

But taking it any further seems like a very bad idea since despite the closeness that’s already there to be built on, the idea of making emotional robots is drawing a fine line between okay and lunacy simply because making them experience the kind of love for one another that humans have seems to be pushing it just a bit. They might be sentient robots but at the same time they are far more practical and should be seen as less-inclined to get nearly as emotional as human beings are capable of. There’s a point when foisting humanity on anything and everything within a movie simply becomes too much and in some cases seems to indicate that as a species we’re kind of arrogant since we have to make every creation that comes along conform to our way of thinking and behaving. The Transformers have almost always been beings that are capable of feeling and thus have been far beyond most robots that have ever been created for TV and cinema, but the limit that they were kept to when it came to their more intimate feelings seems to have worked for the fans since they were allowed to care about one another and the humans they sought to protect, but the lines between them were never blurred or otherwise confused.

But that seems to be the angle that we’re going for these days since there are no lines any longer and integration along a broader spectrum seems to be the ideal. That’s a big reason why we might see romance in the upcoming Transformer films and it could be one reason why some fans will be turning their heads towards other interests eventually. Too many producers and directors are failing to realize that once you have something people like and want it’s best not to change it too much lest you drive those same fans away. Sometimes keeping things the same is actually the best idea, at least long enough for people to grow tired of it and demand something different. But somehow, romance in a robot movie doesn’t seem like it would be the key to unlocking another blockbuster that people will flock to see. If the Transformers are to succeed again they kind of need to go back to the drawing board.