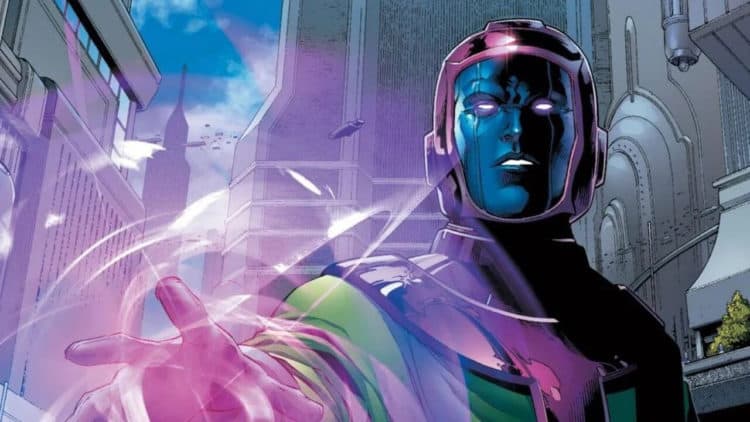 If someone told me Marvel was going to introduce Kang the Conqueror in one of their upcoming movies, never in a million years would I have guessed Ant-Man 3 would be the one. Like, seriously, Ant-Man vs. Kang the Conqueror? How cool can that possibly be? Well, while that might sound underwhelming on paper, it just might be all a part of Marvel’s bigger plan. After they rolled the curtain down with their last phase, I find it almost impossible to doubt them. However, ending the last phase on such a phenomenal note only means they’ll have to top themselves even further. In my opinion, a great starting point would be deciding which villain should be the next Thanos. That alone is a monumental task, but Marvel has so many villains to offer. One of the chief villains that should debut in the MCU is Kang the Conqueror.

I’ll just start off by saying that having him debut in the third Ant-Man movie makes more sense than you might think. The history of Kang the Conqueror is a complicated one, but the core of it all is time travel. He’s a scholar from the 31-century and used advanced technology to go back in time. He did this out of his fascination with history and even went as far back as ancient Egypt. When he tried going back to his own time, he went a thousand years farther than he wanted and found his home in war-torn ruins. Conquering the planet was easy for him, but he quickly became unsatisfied with ruling over a dying planet. His only solution was to travel back in time and conquer the worlds of the past.

Time travel always gets weird in movies and even more so in comic books. Speaking of which, anyone else remember how The Avengers brought back their dead friends in Endgame? Time travel though the use of the quantum realm. All of this was introduced to them by Scott Lang and started with the original Ant-Man, Hank Pym. I’m no scientist, but you now what? It hardly matters when you mix science with comic book logic. In the quantum realm, Scott’s five years trapped in there just felt like five hours to him. Captain America even got the chance to live a whole new life with Peggy Carter in the past while his friends spent mere seconds waiting for him. The whole team was even able to travel back in several different points in time of the MCU and come back to their current time as if no time went by.

It’s all crazy stuff, but where does Kang the Conqueror fit in? Well, one of the most overlooked lines from the movie came from Tony Stark. When Scott Lang first proposed the idea of going back in time, Tony simply told him, “When you mess with time, it tends to mess back.” This has been talked about amongst the fan community for a while, because to us, that line is more than just a crucial lesson from Tony. The big fan theory is that Endgame cleverly, not to mention low-key, set up the future debut of Kang the Conqueror, the ultimate time-traveling villain. The Avengers messed with time and Kang the Conqueror is the guy who will certainly mess back. Why? Well, Marvel can make him more interesting by giving him more tangible motivations other than just wanting to conquer everything.

Given his name, he should still have aspirations to conquer, but his obsession with time travel could run deeper. Perhaps he’s angry that the Avengers manipulated the use of time travel to accomplish their goals? The use and misuse of time travel could mean everything to Kang the Conqueror and this could be his very reason for seeking out the Avengers. The quickest way to do that is by using the quantum realm and the first hero he’ll come across would be Ant-Man. He’s a villain that’s out of his league, but then again, Ant-Man has a combination of brains and brawn in his corner.

Let’s just get down to brass tax here, having Kang the Conqueror debut in Ant-Man 3 could set up a lot more than just another Thanos-level villain. When he went back in time, he took on many identities. One of the most popular ones is actually a title of royalty, in the form of Pharaoh Rama-Tut. During this time, he encountered the first mutant known as En Sabah Nur. If you’re an X-Men fan, you know who this is. Technically, he’s already debuted on the big-screen, but that wasn’t in the MCU. Plus, his portrayal by Oscar Isaac in X-Men: Apocalypse wasn’t really bad, but it was underwhelming. There’s the giveaway. Debuting Kang the Conqueror will also possibly set up the coming of Apocalypse. After being disappointed by the 2016 portrayal, the MCU has the chance to deliver us an actual memorable version of Apocalypse.

Just seeing his power in X-Men: Apocalypse was only a glimpse. The debut of the MCU version can really cut loose and show us why he’s the most powerful mutant. But hold on, if Kang the Conqueror is going to set up Apocalypse, then guess who won’t be far behind? The X-Men themselves. Kevin Feige has confirmed that Marvel indeed has some plans for the X-Men, but he never gave us specifics. I reckon he’s got more of a plan than he’s letting on, and this supposed plan of introducing Kang the Conqueror can lead to the debut of the X-Men.

Kang the Conqueror is a formidable villain on his own, but Apocalypse is several steps above him. He doesn’t need futuristic technology and he doesn’t need an infinity gauntlet either. In the words of Scarlett Johansson’s Black Widow, “These guys come from legends, they’re basically gods.” Apocalypse has the powers of a god and he’s not really the benevolent kind. If you’ve seen how he is in X-Men: Apocalypse, that was basically just a glimpse. He’s the most powerful enemy of the X-Men and has even turned some of them into his elite guard. Yes, that would be the Horsemen of Apocalypse, but we’d all like to see a version of them that’s actually threatening. With his horsemen at his side, Apocalypse will probably be the greatest threat the heroes of the MCU go up against.

Now I’m willing to bet that this is the plan. I just want to know if Kang and Apocalypse will join forces. They met when Kang traveled to ancient Egypt and he even made Apocalypse his heir. This sets up for a deadly bad guy team-up, but those never last. They’ll turn on each other and now matter who wins, the planet loses. That’s where the Avengers and the X-Men come in. The villain team-up will indirectly form the greatest superhero team-up ever. Oh, and let’s not forget that Kang the Conqueror claims that he’s a descendant of Victor Von Doom. Let’s just add The Fantastic Four to the mix and the MCU will finally reach full circle.

Does anyone else agree with this theory? I’ll admit, I’m not too familiar with Jonathan Majors, but I think it’s time to see his work. All I know is that I’m itching to see where Marvel is going with Kang the Conqueror and the characters that will follow him.