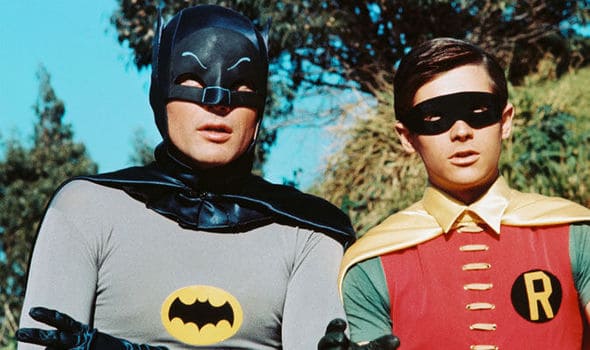 On one hand, former comic book guru Alan Moore has a point in saying that Adam West was the best Batman since he’s right, West played a very campy and none too serious version of the dark knight since the show was pretty much all camp and not what one would think of a vigilante that roamed the night looking for criminals to lock up. Taking a different line of thought though, his disdain for comic books and the subsequent point of view he has about people idolizing superheroes is a bit cynical and makes him sound kind of like a doddering old gaffer who somehow found a reason to hate superheroes at one time and harbored a deep resentment towards them afterward. In other words, he sounds like a bitter old villain that has no better reason to dislike the comics and the characters in them apart from the ubiquitous “just because”, that is a bit childish and even churlish. It’s not quite like that, but taking the word of a man that wanted to disown his own work when it became too violent, despite being fictional, is kind of difficult since it’s kind of like someone stating that they ‘accidentally’ posted a photo to an Instagram account. That would imply that he was grimacing with distaste the entire time he was creating The Killing Joke, the graphic novel he was responsible for, and it became too much when he was finally finished and had his check in hand. Did you get all that?

Adam West was who was there for the role of Batman back in the 60s, so to be certain, he was the best at the time since he was there for the most part. He wasn’t exactly the well-built and impressive specimen that we see today on TV, but decades ago he did what no one else was doing, and he did it to the best of his ability, no matter how ridiculous it became. Plus, Moore’s inability to understand why people idolize superheroes and feel the need to escape into the fantasy of it is enough to make a person shake their head since either he’s being willfully ignorant or he simply doesn’t believe in the ability of comic books and movies when it comes to finding an escape. That’s a big part of why people love comics and movies because they do offer an escape into a fantasy that’s beyond our world, if only for a short while. There’s no mystery to it and nothing to really figure out, people love a good story, and for a long time now, Batman has delivered on that in many different ways. As far as Adam West being the best Batman, he was the best for his time, and the lack of reality that clings to the character isn’t necessary when stating who the best Batman was or is since it has more to do with who brings the fantasy to life in the best way, instead of who can portray a fictional character the best. At this point, one might want to ask just who offended Moore to make him act this way, but it might be an argument that’s not worth getting into.

As to who the best Batman is and ever was, well, that’s a matter of perspective and personal bias. Personally, I would have to say Michael Keaton, followed closely by Christian Bale, but many people would beg to differ and would gladly enter into a debate about it since as anyone can possibly imagine there are many upon many fans that have their own favorites that they would love to see return to the DCEU. When one really boils it down though, anyone willing to put the mask on is doing a good job just saying yes to the opportunity, no matter how badly they do shortly after donning the suit. There have been a couple of talented men that have tanked pretty hard when it came to playing Batman, but everyone has their own opinion, and to be serious, comparing West to the rest of the roster isn’t exactly fair since he spent most of his time on a TV show while the others went straight to the movies. West was doing his best on the show, and during the movie that was actually quite horrible, but he WAS the Batman back in his day, as there were no other names lining up to put on the suit at the time, at least none that people tend to remember at this time. So picking him as the best Batman isn’t any different than anyone else picking their favorite Batman of their particular era. Moore has his own opinion and he’s entitled to it as much as anyone else, but the truth is that taking the word of a person that was put off by his own work in the comics is kind of bittersweet.