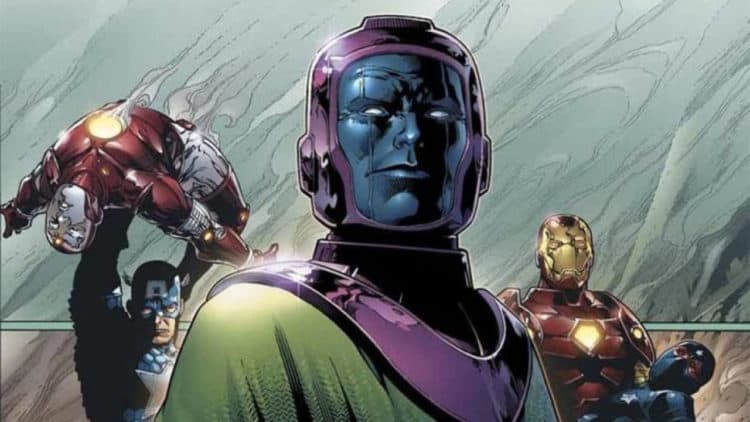 How much anyone knows about Kang the Conqueror is up for grabs since a lot of Marvel fans might know about the guy with the blue face and purple helmet, but others might not have a clue as to who he is. But in terms of Ant-Man 3, Kang could become a very prominent figure that could help lead up to the next big epic event in the MCU since he has a lot to do with time travel and it could even help to bring in the Fantastic Four in some obscure way. Nathaniel Richards, the true identity of Kang, is of course related in some way to Reed and Sue Richards, two of the founding members of the Fantastic Four, and in the timeline where he becomes Kang there are a great many things that happen that Ant-Man 3 could kick-off as the next phase of the MCU gets underway. The Young Avengers is another idea that many are thinking could come about since such names as Kate Bishop, Iron Lad, and several others might come into play at some point, and it’s believed that Ant-Man 3 will be the movie that will prove to be pivotal for all this since Ant-Man has been seen to connect with time travel in a very non-efficient manner that was noted in Endgame but could still be the only way that the heroes have to fall back on since Tony Stark’s quantum tunnel was destroyed by Thanos.

For those that have only a cursory knowledge of how the Marvel universe works and how the MCU is twisting the stories to fit their own narrative, it’s likely going to be very confusing since even the old stories have been ripped up and redone a number of times, making it hard to know what’s actual canon and what’s been scrapped in favor of moving forward. Ant-Man 3 might actually be one of the only real ways to bring time travel into the mix and to introduce characters that are from different eras and even from different dimensions, outside of the next Doctor Strange movie anyway. These two movies are likely to be giant pivot points when it comes to exploring the multiverse that Marvel has been attempting to bring into the fray, but how they go about it is likely going to be hard for even the most devout of Marvel fans to follow since the idea is to use the comic books as a reference and simply go on their own way to create whatever might come from their imagination.

This isn’t the worst idea that’s ever come along, but one drawback, which is pretty major really, is that the heroes and villains of the MCU have been way out of balance when it comes to who’s the more powerful and how their personalities have been presented throughout the movies. Some of them have been perfectly fine, since Iron Man/Tony Stark couldn’t have been done any better, and apart from being a little stronger than he’s been seen in the comics, Captain America was also quite well done. But Thor, the Hulk, Captain Marvel, and a few others, Thanos in particular, have been seen to be somewhat under or overpowered in a way that has left fans wondering if the people at the MCU have ever read the comics. It’s not so much a matter of following the stories exactly any longer, as this isn’t going to happen obviously, it’s a matter of keeping the characters recognizable, since Thanos was a madman in the comics that worshiped Death, while Captain Marvel, despite being insanely powerful, is somehow being given the moniker as the strongest hero in the Marvel universe, when on many scales she’s not even in the top 20. The Hulk and Thor have also been greatly hampered by a lack of power, though really all this says is that the writers are for one reason or another being told to give vulnerabilities to some characters but let others be absolute beats when it comes to power.

In any case, one has to wonder just how Kang is going to be represented if in fact, he is going to be brought in during Ant-Man 3, and how strong of a character he’ll be. at this point, it feels as though the gloves are off and the MCU is likely to retcon a great deal of the Marvel universe in an effort to tell a story that’s similar but that is also bound to upset a few people since longtime fans of the comics are no doubt going to wonder just why the stories they loved are being ripped to pieces and put back together in such a haphazard fashion. It’s almost the same debate that comes when Star Wars fans grouse about what the Mouse House has done to their favorite franchise, but unfortunately it’s just as ineffectual.