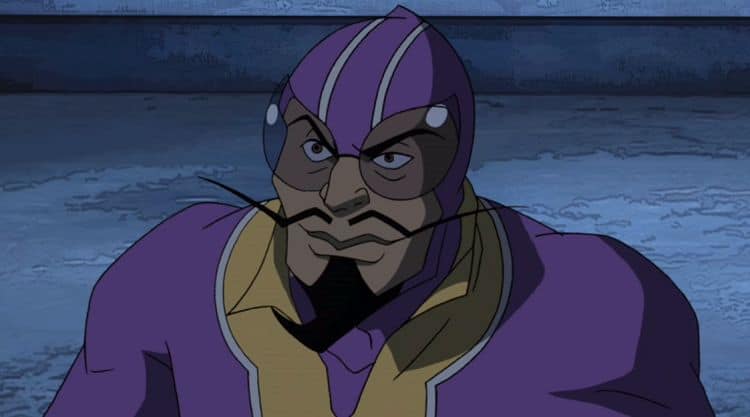 Batroc the Leaper was made into a throwaway character in the MCU unfortunately, but if we get to see him again that would be nice since it would indicate that even after apparently being captured by SHIELD after the events in Captain America: The Winter Soldier, he was able to find a way out of captivity. The thing about a guy like Batroc is that he’s at his best when he’s left free to be an asset, but this is also a downfall too since he’s a deadly adversary that kind of needs the big guns to be brought in when it comes to staying free. Captain America was obviously capable of bringing him down, and with Cap and Black Widow out of the picture, it’s kind of a wonder how Batroc would fair against Bucky and Falcon, or how he would stack up against anyone else. In truth, he’s a regular human that operates at peak levels and is a very skilled fighter. But that’s where the ‘ooh’ and ‘aaah’ kind of stops with him since apart from his acrobatics and impressive fighting skills he’s not that complicated since he’s a world-class assassin that has a pretty high opinion of himself and would be kind of lost against anyone stronger than Captain America, or so it feels. In a world without superheroes or villains, he might be a lot more effective, but in the Marvel universe, Batroc hits the ceiling pretty quickly when it comes to his skills.

It might be interesting to see a solo movie or TV show that depicts how Batroc came up, or perhaps one following the events of the second Captain America movie since he could run into more than one hero in his time and he could even gain the attention of other villains that might be interested in teaming up. Or he could even be used as an asset for Nick Fury once again since he’s sworn off being an assassin apparently, but isn’t above causing a bit of damage if the price is right, since he is a mercenary. That might afford Fury a lot of options when attempting to utilize Batroc, but it would also be necessary to keep him on a leash of sorts in order to keep the mercenary from going off on his own again. Or maybe a story detailing how Fury ‘lost control’ of Batroc to give the merc a sense that he’s on his own and doing his own thing when in truth he’s still being manipulated by Fury into doing what he wants. That would be kind of interesting really since it would show once more that the good guys aren’t squeaky clean and that they do end up doing a few shady things now and then under the guise of national or even planetary security. Right now though there’s nothing to say that Batroc would be anything but an earth-bound asset since there’s no telling what an alien would do to him and how he would react to being used in this manner. It was probably enough of a blow to his ego to be put on the ground by Captain America, even if that’s not something that many villains would be embarrassed by.

Bringing his story to the MCU would likely take a bit of doing since it would be a little difficult to drum up enough interest it feels since he’s already been seen as a minor character. But it’s possible since there are almost always tasks that a mercenary can be used for and it would be kind of interesting to see him interact with and possibly help to usher in other characters that might be kind of interesting to see in more detail. For some reason, bringing in someone like Taskmaster to confront Batroc sounds like a good idea, but with such a huge list of characters, there are bound to be plenty of others that could give Batroc a good run without wiping the floor with him. That’s another thing if he did get his own show or movie he would likely need to steer clear of a lot of high-powered individuals since anyone that’s more powerful than Captain America would look at Batroc as less of an impediment than a pest, and there are some heroes out there that would probably resort to breaking something if not stilling Batroc for good. So yeah, having him meet the Punisher would be kind of an iffy arrangement, but against someone like Daredevil, it could be interesting.

At this point, it’s simply necessary to redeem this character a bit since he wasn’t given the greatest showing despite the fact that he’s kind of a B-list villain. It’s not exactly nice to admit this, but it’s the truth, and it’s a reason that why bringing him further into the MCU is a good idea, but it would still have to be handled carefully.