Home
Movies
Why Bill Murray Agreed To Do Ghostbusters: Afterlife 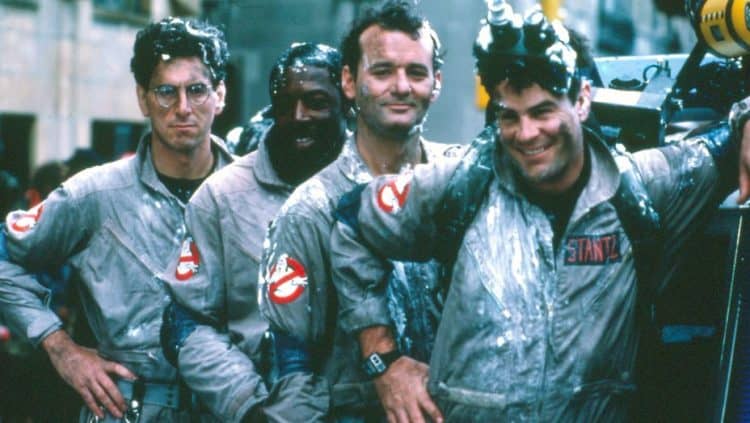 Sometimes it takes a solid effort to get an actor to come back to a particular movie that they didn’t care for in the first place, and getting Bill Murray to do a movie that he doesn’t fully believe in is harder than many things in this world. He didn’t even really want to come back for Ghostbusters 2 but found that once he read for the movie that he could get behind it. The downside is that the script he and the others read for was pulled and they were given a different script after the negotiations had been made and they had all signed on, meaning that it was too late to back out. So Ghostbusters 2 happened and Murray and the others were forced to just run with it. But after that, despite the fact that many people still wanted another sequel, it wasn’t bound to happen for a lot of reasons, but mostly because there wasn’t quite enough interest. Bill and the others, apart from Harold Ramis who passed away sadly, came back in 2016 for the female-led reboot since it appeared to be worthwhile, but as a lot of fans went on to say it was an attempt at rebooting the movie that fell flat and didn’t possess nearly enough of the feeling that the first movie had created. The arguments that were created during the release and years following have been anything but kind on average.

But it does sound as though Bill decided to come on board for Afterlife since despite his misgivings he apparently decided to show faith in Jason Reitman, the son of the guy that came up with the original movie, and he was amazed to find that the current movie that so many people are waiting on was more in line with the first movie and as a result won him over entirely. So, as of now, the lot of us are waiting to see what the next Ghostbusters movie will bring and how it will bring back Ray, Peter, and Winston since it’s obvious that there will homage to Harold Ramis throughout the movie. So far from what we’ve been given with the trailer, it looks as though the action will be taking place far from the city, and will be including the apparent grandkids of Egon Spengler, who at some point owned a farm complete with a barn and his collection of fungi. But what the threat will be is tough to say since there hasn’t been a whole lot revealed at this time and it’s easy to think that, if Bill Murray is agreeing to be in it, that whatever it is could be something great. Seriously, the hope is that it won’t be anything worse than the villain that showed up in Ghostbusters 2016, since despite the fact that the ladies starring in the movie were funny and are extremely popular, it just doesn’t feel as though the movie ever really came together in a cohesive manner. Had the movie been an extension of the original idea it might have worked perfectly, but taking off in a new direction that completely restarted the franchise wasn’t what a lot of fans wanted to see.

There were definitely moments that were funny, but as a completed project it just didn’t have enough ‘oomph’ to really contend with the original. Even Ghostbusters 2 wasn’t nearly as good as the original since while it did have humor and it did have a decent amount of action, the overall plot needed a lot more help from the effects. As a storyline, the slime was actually not a bad idea since it could have worked in a few different ways. But the whole ‘positive vibes’ thing kind of killed whatever hope was left for a great ending that might have allowed Ghostbusters 2 to go down in history. For their own parts, the guys really did a decent to great job since they played their parts the same and were just as effective. But the story did fall a little flat, and while Rick Moranis was a great actor to keep around, the fact that he won’t be showing up in Afterlife has kind of bummed a lot of people out, since his character was one of those that people were wanting to see.

Afterlife has a pretty high bar to reach since the original movie set a pace that none of the others have been able to keep up with yet, but Bill already appears to think that the upcoming movie is something special that will be able to keep pace and perhaps even match the original as the others couldn’t. As someone that was in on every movie, it feels wise to trust his word and wait patiently for Afterlife to hit the theaters. It’s the waiting that’s killing a lot of people now.