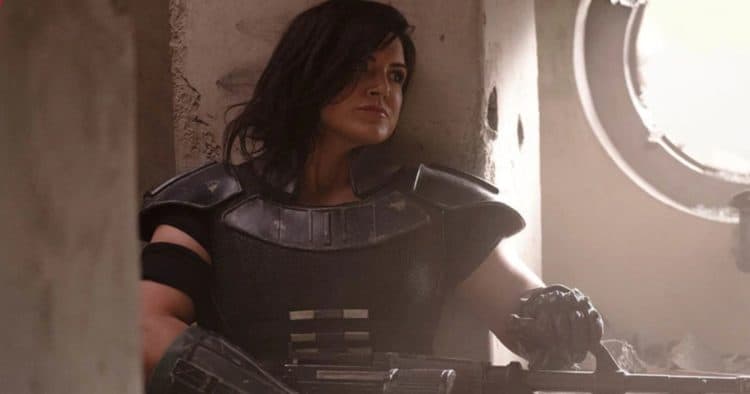 She’s not quite at the same level as baby Yoda, but Cara Dune, played by Gina Carano, is already lighting it up on The Mandalorian and people want to see more of her. The only issue of seeing her in a solo movie at this point is that not a lot of people know a great deal about her. One important thing to know is that she’s yet another example of how the Rebel Alliance has never been as squeaky clean or even the moral authority in the universe as people think they are since their shock troops, where Cara gained her reputation and experience, were the kind of folks that went in to take care of any ‘problems’ that might have still been hanging around after the Battle of Endor. In other words, she was one of the many that went in without the high ideals and notions of freedom, pursuing the goals she was given in a very single-minded manner that was more about getting results than anything. After the war however the warriors were left to act as cleanup crews and the bureaucrats took over, which was when Cara went off on her own, as this was no longer the alliance she’d signed on for. It’s amusing to think of how the evil Empire actually needed to be regulated or destroyed, but the moment the New Republic came in, they settled right into the status quo despite their attempts to secure freedom for everyone.

One argument for giving Cara her own movie would be the very much needed idea that the Rebel Alliance has never been perfect no matter how they’ve been depicted in the movie. When you think about they’re made up of soldiers and the dregs of society looking to make a buck or at least gain enough supplies here and there so that they can make their way onward to the next system. In all honesty if you look at Han Solo in a realistic view you’ll find that Chewbacca had more of a moral compass than he did since the wookie fought in the Clone Wars and knows something about the evils of the Empire. Han does as well, but he was much more of an opportunist and needed a real reason to stick around. Despite finding it however he was still restless as ever since he’d been living his life on the go for so long. This is the underside of the Rebel Alliance that we didn’t always get to see, and in truth it was brought out in a big way in Rogue One as well per Andrew Liptak of The Verge. Cara is just an extension of this reality as she’s one of those that grew disillusioned by the new system that had been in place and saw her way out of it. She’s a far more practical individual that just seems to want a place to rest her head, a good meal and possibly some peace and quiet.

The fact that she took on the Mandalorian however indicates that she knows she might be in trouble and that people could very well come looking for her, meaning that she might have upset the wrong people at one point and time. A solo movie would give us a little more depth about her character since at this point all we really know is that she’s tough, she’s not afraid to get into the thick of it, and she’s got a will made of iron that’s likely impossible to break even if it will bend.

What’s even better about using Gina Carano for this character is that she’s legitimately tough given that she’s been an MMA fighter for a while. She lost to Cris Cyborg in 2009 and it sounds as though she hasn’t done any fighting since then, but she was scheduled at one time to take on Ronda Rousey, though the fight never happened. But it’s great since she does know what she’s doing and she is great to watch when she’s in action. Plus her role in Deadpool as Angel Dust only furthered her popularity since taking on a character like Colossus is enough to show that a character has a great deal of power and isn’t bound to hold back when she doesn’t have to, which allows Gina to really dig into her character and make it work to great effect. In The Mandalorian thus far she’s been slightly more docile but still carries that heavy and very well-defined edge to her character that lets people know that Cara Dune isn’t an overly violent individual, but she’s always ready to throw down when the time comes. As far as a solo movie it would seem better to let her develop on the show for a while and then see how many people are still calling for her story to be put up on the big screen.