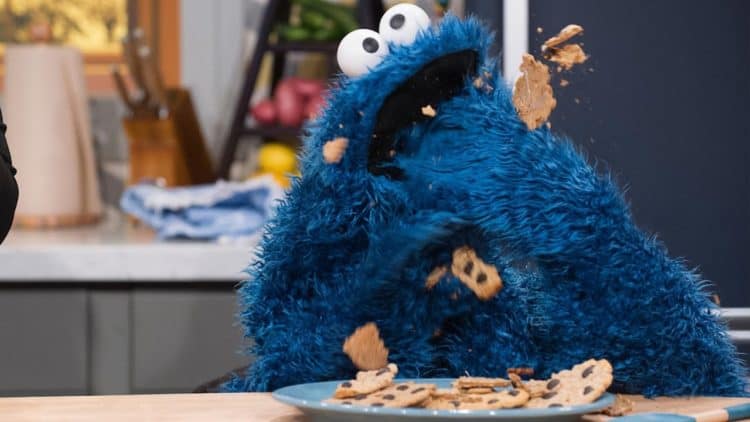 Sesame Street turns fifty in a few days. The show has been going strong since November tenth of 1969, and in the last five decades, it’s spawned numerous spinoffs and cameos. However, the one character we’ve never felt quite got the love and respect he deserves is the Cookie Monster. Though the internet rumors that he’s become “The Veggie Monster” were never true, he has made some significant lifestyle changes over the years. That’s not the only reason why a solo Cookie Monster show should exist, but it is the best.

There are plenty of famous muppets, some with shows of their own and some without, but all beloved. Kermit has been the head honcho for years, and we all know it’s not easy being green, or in charge of a cacophony of muppets. Most people think he was the first muppet, but that’s not the case. Rowlf the Dog was the original muppet. September 26, 1963, he made the world’s first Muppet debut on The Jimmy Dean Show. With his musical talent and laid back attitude, he’d certainly make a great lead as well. However, it’s Cookie Monster who has the simplest and most sensible life lessons to teach this generation. Elmo gets most of the credit these days because he’s fuzzy, non-threatening, has a high pitched voice and he’s red. All of those things make him an ideal eye-catcher for small children. Cookie monster, like his shrill red buddy, is a character with broad appeal, especially for younger viewers, many of whom also love cookies and would happily binge on them if given a chance.

Cookie Monster’s Food Truck, aka Monster Foodies, is a nested show within the larger frame of the Sesame-verse. Paired with a fantastic pink fluffball named Gonger, who came to Sesame Street from the spinoff Furchester Hotel, the Cookie Monster has had his own segment for some time. Monster Foodies is about a food truck run by monsters is essentially a cooking show that meets a ‘how-it’s-made’ show. The cheerful duo takes orders via video-call, from live (non-muppet) kids and occasional special guests who want food.

To make the requested meals, the monsters have to travel around to places where they can get the missing ingredients to cook. The idea behind this is to cast the cookie eating Sid (Yes, that’s cookie monster’s real name) in a more positive and healthy light while simultaneously teaching kids more about where their food comes from. Seeing beloved fuzzy monsters process maple syrup, or pick pineapples helps children to better understand food. Ingredients aren’t some magical thing that comes from a can or a store, but real living plants that are grown and harvested, processed, and cooked.

If any Muppet owes the youth a lesson in healthy relationships with food, then it’s Cookie Monster. He’s been demolishing chocolate chips in enormous quantities for generations. Even though the lesson behind it has been lost, there are many times over the years that poor Sid has given himself a tummy ache, or made someone sad with his baked-treat binges.

There was a time, not so long ago, when we didn’t have internet or health warnings on cigarettes, and lawn darts were considered a family-friendly pastime. If you wanted information on something the Encyclopedia Brittanica (No offense Britannica, we love you!) at the local library didn’t cover, then you might have to travel thousands of miles at your own expense to find out. Then in 1990, with a leg up from dozens of researchers, scientists and dreamers (Like Nikola Tesla) who cobbled together parts of the concepts and techniques that would become the modern internet, computer scientist Tim Berners-Lee invented the World Wide Web, and things have never been the same.

What does that have to do with a blue muppet getting a show? Only everything. Where once we had to accept whatever information and behavior were locally considered right and acceptable, we now have access to the entire world and all the resources therein at the touch of a button. A doctor in Dubai can point out to the parents of an overweight child in the Caribbean that cookies should only be a sometimes-snack and not a daily treat. Even Sid has learned the error of his ways in this newly advanced ‘woke’ world. So what’s a monster to do when he’s been teaching bad habits for decades?

One Hundred and Fifty

Sesame Street could have pulled the blue guy off the air, but they are and have always been champions of learning. Instead of having Cookie Monster issue a one-time public apology, or having him become the Veggie Monster as some people sensationalized via rumor on the internet, they had him learn. There’s no better ethical example of children’s programming doing something exactly right than the story of Sid the Cookie Monster’s evolution from one-trick-pony who contributed to the obesity epidemic to spokes monster for healthy relationships with food. After all, just like a real person, Sid has more empathy and understanding of food-related issues than someone who never had a problem with it in the first place.

Sesame Street is available in a hundred and fifty countries. There are more than thirty international variations of the show, and it’s translated into seventy languages daily. That’s a whole lot of kids seeing a whole lot of cookies get consumed by one silly blue monster. If Cookie Monster can change, and he has, then he’s the perfect monster for the job of teaching others about healthy relationships with food. It’s about time we start showing children that making wise choices is the path to rewards, and a Cookie Monster Show is the ideal format for that message and many others.

We don’t know if Sid will ever get his own show, but he certainly should. Not only do we love him more now than we ever did as children, but we’re sure he’s better for our little ones and us these days. Kids love cookies and the blue monster who’s so famous for eating them. We’re confident that any solo show starring Cookie Monster would be something audiences would eat right up with an enthusiastic “Om nom nom nom!” What do you think? Should Sid the Cookie Monster get a show of his own? Let us know in the comments below.