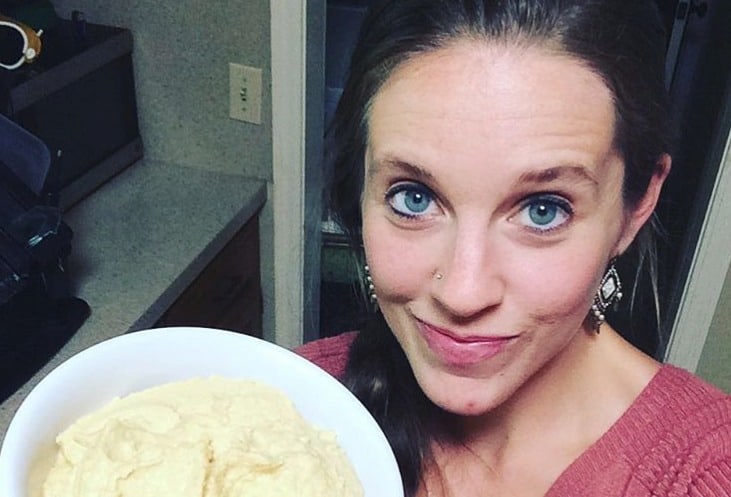 Throughout the years, we have seen so many of the Duggar‘s (From TLC’s hit series ‘19 Kids and Counting’ and it’s spinoff ‘Counting On’) actions be displayed for the world, and also stir up a bit of controversy among the fandom realm that surrounds their popularity. The majority of the discussions and debates that are seen between fans focus on their many strange beliefs and “habits”, such as their rules for dating and wardrobe modesty. However, one other topic has circulated for many years, and that is the belief that they are terrible cooks in general. In this article today, we are going to reveal why so many fans think that their cooking and meal choices are scary beyond belief, and why it makes them all the more interesting as well. With that said, let’s get started on the Duggar cookbook catastrophes.

The majority of what fans are debating and discussing about the Duggars cooking is solely based on what has been observed while watching episodes from both series, and also seeing posts from different social media platforms as well. Back when “19 Kids and Counting“ first began, the Duggars were not as well off as they are today by any means – They has between 16 and 19 kids to feed during those days of the original series, and that has since grown with grandchildren and marriage in the spinoff. Having that many mouths to feed is no walk in the park, and can get pretty pricey if you think about how much food that really takes. That being said, the Duggars were taught to make meals to feed the masses while also not opting for anything gourmet or ”fancy”. This, in short, had many fans questioning the casseroles and bulk meals that were coming out of the kitchen, and for good reason.

When confronted or questioned about food and grocery choices, Michelle Duggar ( the matriarch of the family) has stated that the family would often shop at discount grocery stores and other similar outlets to buy their bulk produce and groceries. This helped them save money and stick to a budget for groceries each month to feed the kids. While this might not seem like the beat option health and learning wise, it does make sense for such a large family.

Now, we know that not everybody learns how to cook and how to make decent meals while they are in their parent‘s home; More often than not, that is a skill set that is perfected and practiced once you have a family on your own and have to fend for yourself in the world. However, the Duggars have always seemed to at least attempt to teach the girls of the household (and some of the boys as well) the art of making meals and meal prepping, especially for the large family. But, when you begin that at a young age, it can be difficult to overcome the plain old sandwiches and toss-everything-in casseroles that we saw on the series. These specialties have also seemed to carry into married life, especially for Jill Dillard (one of the oldest sisters). In fact, Jill seems to be pretty confident in her cooking skills and dishes, as she promotes them all over social media, while fans seem to just be repulsed.

Whether you love it or hate it, you can’t deny that is it fascinating to see how this family functions, and how the adult kids continue to functions as they venture it into the “real“ world. It seems as though some of them are starting to adapt to better food choices, especially those that have begun to start families on their own. Furthermore, the family is making much more money nowadays (although they still try to pinch a penny every chance they get). If you are intrigued by what all the fuss is about food wise in the Duggar households, you can find many of the dishes on social media (via Jill for the most part). You can also find some of the eating and cooking habits in some of their older episodes of both “19 Kids and Counting” and “Counting On”.