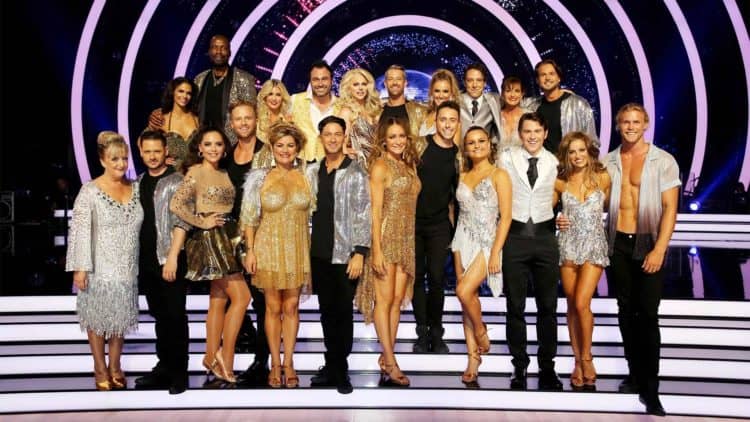 As we discuss one of our most adored and followed television series in a very long time, let’s remember the effects of corruption. Corruption is the process through which something good obtains bad elements. Corruption destroys those it consumes, and the people afflicted by corrupt individuals. Corruption isn’t necessarily the lack of integrity, but lack of integrity makes people inherently corrupt. Processes and systems that do not meet ultimate efficiency are corrupt, and only change can reduce corruption elements. ABC was brilliant enough to determine that a change was necessary for the production of the most adored dancing broadcast show in America. Effectively this spring, you will miss the dancing competition for the first time since 2007.

Before you fuss about the fact that Dancing with the Stars won’t air this spring, let’s consider that it could be a good thing. It is a good thing. It was probably the best thing for our dearly beloved bi-annual show. I mean, how long did these guys think they could get away with producing 24 seasons of a single series? Nine years a tad too long if you ask me, but I am thrilled they had the audacity to even try it. I am schooled by their busy days and long nights of grueling and rewarding work. Above all, I am impressed by their wits because they chose an excellent time to retreat and let things cool off.

In case you are wondering, the last season of Dancing with the Stars pretty much annoyed the whole world. If ABC’s shows ever got appalling, last season totally brought the house down. How dare they dilute people’s democracy in a competition of art forms. They dared to go against the very premise that makes the show great. Last season was a much-commercialized plot, and there was just no way were people going to support it this spring. Do you remember how last season kept turning the heat on with every passing elimination? A lot of folks kept rooting for the elimination of the horrible dancer Grocery Store Joe who almost made it to the finals. How about Bobby Bone; that guy couldn’t even dazzle anyone with his move? How on earth did he emerge victoriously? Well, I will tell you one way through which he did not become the winner: popular vote.

This show has traditionally united folks so much because it reflects America’s opinion on dancing. Dancing is an immaculate art; it should never be treated like a science. Dancing flows and the best dancers are marvelous to watch. Best dances may be relative to opinions, but a master dancer will impress an audience from anywhere in the world. It’s just about following the rhythm. Dancing with the Stars established a pretty good rhythm: letting the people decide. Last season was an erroneous misstep that resulted from the mechanization of dance at the show. Such corruption destroyed the show.

Destruction may be a strong word to use, but one can definitely tell ABC is not too happy about Dancing with the Stars. About six or five seasons ago, it was sacrilegious to even imagine a spring or autumn without the competition. All of a sudden, ABC just put it off like it wasn’t even a big part of our television culture. That got some folks wondering; is Dancing with the Stars even that big? Well, in the last quarter, this dancing competition series lost more than a quarter of its audience. Traditionally, when a big show like that loses a quarter of its audience, it can’t meet its financial obligations any longer. At that point, shows are at risk of cancellation. For survival, they concede to budget cuts and rebranding. Such is a risk that often leads to failure. The good thing about Dancing with the Stars is that it still got a big enough following to put it in the top 20 in the ABC rankings. If it can cut back, it can do a better job and fight back on the spirit of corruption.

ABC was not very happy about the audience cutback, and neither was it happy with the popularity loss. It does have something lined up, and its new head of entertainment didn’t even have anything to do with that decision. According to her,  the decision to postpone Dancing with the Stars to the fall was made before she assumed office. She also did not confirm if the show would proceed to broadcast annually or bi-annually. She did, however, acknowledge that the option was on the table.

It was very smart of ABC to put the show off while it recuperates from last time’s profit-making. Every commercial asset needs maintenance, and Dancing with the Stars is too damaged right now to go live. I would take its final plunge and wouldn’t even have the opportunity to bow gracefully at the audience. The young generation is too pissed and indifferent right the show and that is the biggest segment of its audience that’s gone rogue. However, in the span of one year, great rebranding and some cold audience premarketing, the crowds will feel much better and engage more.

Time heals, and Dancing with the Stars needs to regain its momentum. It must clean its house and redeem its command. The audience must trust it now. A huge segment of its warm audience has turned cold, and it needs to be won back. ABC has its work cut out for it, and the network was shrewd enough to read the situation early enough. The production team can now take time to prepare something beautiful without torturing contestants with a physical exercise boot camp and an athletic lifestyle for months on end. That model wasn’t really working out for the majority of the fans. Even more so, nobody likes fixed competitions; fans absolutely hate reality shows and competitions that aren’t real and fair. Above all, Dancing with the Stars needs time to convince us that we are the true voice judging the show.