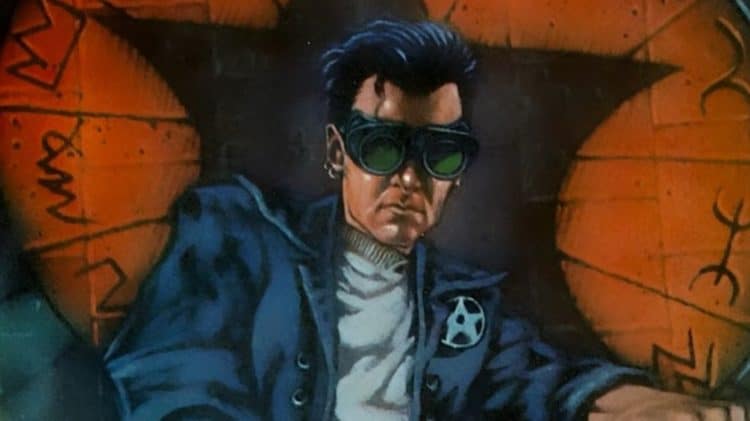 The biggest question concerning the use of this character would be who would be used to step into the role of Starman first since there have been plenty of individuals that have taken on this mantle. But seeing as the mantle has been passed on to Stargirl in the CW it does feel as though Jack Knight would be the subject used for this particular hero. It would be interesting to see if Starman’s long history would be brought up though, starting with Jack’s father. There are so many heroes and villains in the mix at this point when it comes to deciding just who deserves a solo movie that Starman almost feels as though he would be an ideal that gets passed around instead of a standalone hero that can push his own story. But maybe that would be kind of nice to see since it wouldn’t focus so much on one single character that would be expected to carry the mantle, but a group of individuals that have taken on the power and become something that was extraordinary. It might almost feel like a running anthology of different stories that follows one central idea while detailing how the power transferred from one person to the next, much as Stargirl received the power. It does sound like a decent idea, but it also sounds like something that might translate better to TV, though a full-length movie could be kind of interesting if the attempt was ever made.

The unfortunate part of a mantle being taken on by multiple heroes is that it becomes a bit difficult to know who to focus on, but the process of elimination, meaning the veracity of each story in this case, would hopefully manage to narrow it all down. The problem there is that some fans might prefer one Starman to another, even if that doesn’t matter. Plus, there’s the idea that despite the fact that he’s been around for decades, Starman still isn’t a well-known hero to a lot of people since he’s been kind of shunted to the back thanks to the emergence of so many other heroes. While he’s not a complete unknown his resurgence hasn’t yet been seen to be the kind of thing that a legion of fans have embraced. Face it, Superman, Batman, Wonder Woman, and a few others have been given a bigger push than any other DC hero, and those that have been left in the shadows are hard to argue for since the fans have almost forgotten them at times and haven’t helped to bring them to the prominence they need in order to really shine on the big screen.

It’s also evident that even the biggest names in DC haven’t been seen to shine as bright as people might like since they’ve had plenty of issues since the big movies have been released, and the Snyder Cut is about the only saving grace that might be able to keep DC as unified as it wants to be in terms of its heroes. The standalone effect has been the best bet that DC has had, but if they start overloading their roster and saturating the market it’s fair to say that they might encounter the same problem that Marvel did back in the 90s, no one is going to care. Arguing against Starman having a solo movie sounds a bit harsh, but arguing as to the timing of a solo movie sounds a little easier since it’s possible that by testing the waters and bringing him in a bit at a time it might get people on board and allow them to really understand and comprehend what the hero is all about. Putting him in a show on the CW, adding him into a big movie, moves such as that could help people get to know him again and possibly root for the hero in a way that would make sense. But just foisting him on the fans with a solo movie out of nowhere doesn’t sound like it would be a great idea.

The whole idea of springing a new hero on people, well not a new hero, but someone that hasn’t seen the big screen before, is extremely counterproductive since it’s not just a new face to get used to it, it’s a disaster waiting to happen since plenty of superheroes have been thrust onto the big screen without a serious amount of backstory given as to who they are and why people should care. It might appear that Starman could do this with ease since he’s been a part of DC for so long, but it would still be necessary to ease him into the spot before basically saying “Here he is, take him or leave him.” If that were the case it feels like a lot of people would leave him.