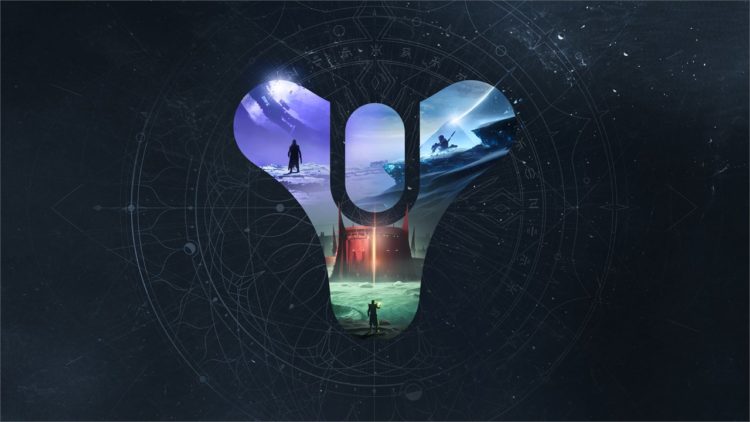 It’s been quite some time since I’ve written anything about Destiny, but it’s time I made my return. I haven’t played Destiny in about a month now and honestly it’s been a relief. I haven’t enjoyed playing Destiny in a long time and I don’t really know if I ever will again, not because of the bugs or the seemingly huge disconnect between Bungie and the players, not even because of the state of PvP right now. I don’t feel motivated to do anything in the game. I’ll put it like this: Destiny is like when you wake up one day and you have the sudden urge to clean your room, but then your parents come in and tell you how to clean your room. Suddenly, you want to do anything but clean your room. In this case, playing Destiny is cleaning your room and Bungie is telling you how to do it. At some point you go, “well I don’t want to play this game anymore.” That’s where I’ve been for a while now, but why? Why does Destiny feel like such a chore to play? Why do we constantly rebel against Bungie?

While there typically seems to be no issues getting players to participate in the brand new content that is introduced with new expansions and even seasons (although seasonal performance tends to dip quicker than expansion content) Destiny 2 has always had trouble keeping players engaged in old content such as the Strike playlist and especially Gambit, but why is that? Well, there really isn’t any incentive to go back and play through old Strikes since there’s no strike-specific loot (yet) and they’ve been in the game for over 3 years now, which means players have been playing these same Strikes for the entire lifetime of the game. They’re repetitive and frankly actually quite boring and with no specific loot to chase from these Strikes, the only reason players go through and play them is when Bungie forces them to do so for a new Exotic quest or something along those lines. So instead of giving us a reason to do some of the old Strikes individually with a reprisal of a few of them for a specific quest or mission, we just have to do 10 of the same exact Strikes we’ve been playing for years. While many of these were removed from the game and placed into the Destiny Content Vault, this didn’t really solve the issue as now we have even less variety in the Strike playlist, so instead of getting the same 5-6 Strikes, we’re getting the same 2-3 Strikes over and over again. Yes, we are getting Nightfall-specific loot in Season 13, but that still doesn’t change the fact that there is no incentive to even touch the normal Strike playlist. At least in Destiny 1 we had Heroic Strikes that gave us better loot and a higher difficulty, so that playlist continued to be viable over the years.

Bungie has been recycling content whether it be playable content like Strikes, Public Events, or turning Nightmare Hunts from Shadowkeep into Empire Hunts for Beyond Light, or lootable content like guns and armor. This has always been an issue in Destiny 2 and it’s one of the biggest reasons why Destiny is failing to keep players engaged. While many were grateful for new Strikes like a reskinned Will of Crota that came with Beyond Light, or the upcoming Fallen S.A.B.E.R. and Devil’s Lair Strikes coming in Season 13, and the return of the Cosmodrome from Destiny 1, quite a few were skeptical that Bungie was just updating old content, so that they didn’t have to create something brand new. While I don’t actually think this is the case, I am starting to wonder at what point will we actually get new content? We’ve had the same Iron Banner weapons and armor for so long now and the only 2 new weapons we’ve received in the last year has also been recycled content. Bungie did tease a brand new set of Trials of Osiris armor, so I am starting to regain hope for the content recycling to finally meet its long awaited end.

Sunsetting has been an issue ever since the release of Destiny 2: Beyond Light in November, 2020 with many people supporting the decision for Bungie to essentially remove older weapons from the game’s meta and many players on the opposing end violently rejecting the notion. I, myself, was on the supporting side for a long while as I thought this would give Bungie the ability to create better and stronger weapons without fear of them breaking the game for too long. Of course, I didn’t think that this could be an alternative solution to weapon tuning and balancing, nor did I think that Bungie would end up just reissuing old gear that has just been sunset. Unfortunately, I was completely wrong and sunsetting has not been what I had hoped it would amount to be. Here we are at the tail-end of Season of the Hunt with news that Bungie is, in fact, reissuing old gear from Forsaken and Shadowkeep that has just been sunset with Beyond Light. Although, this old gear will be brought forward with new perks, I still don’t think it’s all that great that Bungie is giving us old content rather than spending their time on creating more new content for us to enjoy.

The gameplay loop of Destiny 2 has been the exact same that we’ve seen since Forsaken launched in 2017. There hasn’t been a single major change in the gameplay loop of Destiny 2 since then and, quite honestly, the game is long overdue for an overhaul in this area. The game just feels like a chore every single day. We basically have a weekly checklist of tasks we need to complete before the next reset and if you don’t complete them before the weekly reset, you lose out on rewards and XP. If you don’t have the ability to dump dozens of hours a week into the game, you’re basically not getting the most out of it and you’re missing out. While players who can’t afford to play the game as much as others shouldn’t feel excluded from content, it also should feel rewarding to play as a hardcore player who does dedicate dozens – even hundreds – of hours a week playing Destiny 2. As it stands, the game does not provide that feeling of reward or value for either party. We need new major activities like Challenge of the Elders or Prison of Elders from Destiny 1 or another sort of battle arena that rewards players based on how far they progress in a certain activity. The Menagerie was a great example of this sort of concept, but of course it was removed from the game when Beyond Light released.

I used to enjoy the seasonal model for Destiny 2, it was new, it was refreshing, and it gave you something to do all season. However, over the many seasons, something has changed and it’s made me hate this “content drip” model. The biggest and best expansion in Destiny 2, Forsaken, gave players most of the content that was available at the very beginning of the expansion and it gave players so much to look forward to doing, but also time to do it, there was no “end-of-season” timeline that you had to watch out for, the content still remains in the game even now. The quality of these seasons has also drastically decreased from Season of the Undying to the infamous Season of the Worthy and now the Season of the Hunt. I loved Season of the Undying as it gave us a ton of new content to do outside of the main Shadowkeep expansion, but the content was also well worth doing and it was a full match-made activity. Fast-forward to Season of the Hunt and we’ve basically got another glorified Public Event that takes roughly 5 minutes to complete. I like the seasonal model because it gives us new content every few months, but is it worth it if the content isn’t all that great?

One of the biggest issues that players have had with Destiny 2 recently is Bungie’s failure to acknowledge player feedback. In the most recent This Week at Bungie blog post, there were some controversial changes made to various weapon types based on in-game numbers rather than player feedback. Major nerfs in these patch notes include an increase to Sniper Rifle ADS (Aim-Down-Sights) flinch while taking damage from other players and a massive nerf to Swords. “Swords are extremely dominant in PvE. At this time, 65% of players are using Swords for the majority of gameplay encounters in Destiny 2. While we are introducing a buff to Rocket Launchers to make them a bit more enticing, we feel that Swords do too much damage compared to other options. Reduced Sword damage by 15%.” Players became furious with this nerf to Swords, because it appears that Bungie looks at usage numbers and if too many players are using a weapon type, they shut it down to force people to use other weapons. This is absolutely not how you entice players to play how they want to play, this is quite literally the opposite of that. For years, players have also been giving feedback regarding the “3-peeking” issue that allows players to switch to a 3rd-person perspective to gain a better view on other players in competitive game modes like Trials of Osiris; Bungie has repeatedly failed to even acknowledge the issue until a massive uproar on Twitter led to community manager Cozmo speaking up to tell players that they are working on some fixes to solve the problem (thanks Cozmo, love you.)

If Bungie truly wants Destiny to thrive again, they’re going to need to make some massive changes to the game and fast. I’m tired of hearing the best of Destiny is ahead of us; I want to be playing the best Destiny 2, because I truly believe it has potential to be great, but so far I haven’t seen it live up to its potential. Here’s hoping something changes soon. Thanks for reading, Guardians.