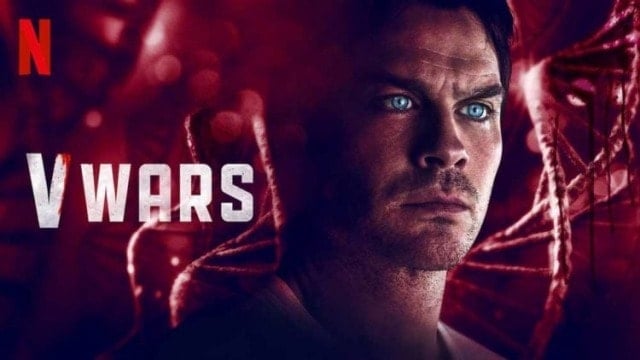 Sometimes it’s hard to figure out why some shows get to stay and others get the ax but with October Faction and V-Wars it might actually be that critics are the ones behind it since the fans have been more than a little positive concerning the two Netflix shows and it’s a bit obvious that they’d like to see them come back. Many times when a show is canceled, as mentioned by Tom Chatalbash of Screenrant, it’s because there’s simply no demand for it and as anyone can guess, if fans aren’t into it then there’s no reason to keep something around since no one is bound to watch it. But again, both shows have garnered enough attention in their first seasons to be able to claim the status of fan favorites, so it’s a little confusing to see them being yanked off the network for no better reason than because the critics didn’t care for them that much. It’s really too easy to lay all the blame at the critics’ feet as well since like it or not, they’re doing their job and tend to be just as biased as anyone when it comes to checking off certain boxes as far as saying what works and what doesn’t. One would think that the only critics that any showrunner would really care about would be the fans, since they’re the ones paying the money to watch, but obviously movie and TV critics somehow manage to have their say all the same.

On one hand the horror shows and movies do come in phases and waves just like anything else and it could be that Netflix is gearing up for something else that might come along and horror just isn’t the ticket at this moment. This kind of thing has been seen more than once in the past since everything comes and goes as trends rise and fade again and again. At one point people might want fantasy and action, at others they might want action and drama, then comedy and drama, then comedy and romance and so on and so forth. Fans are entirely fickle sometimes since if anyone remembers in 2015 when Star Wars was coming back to the big screen a lot of people about lost their minds since this was something that hadn’t happened in far too long. But before The Last Jedi came around that trend was starting to fade just a bit. Unfortunately, sustaining that interest takes a lot of effort and even putting out one movie ever one to two years doesn’t always work since people need something in between those movies to jump towards and show their fervor as movie-loving maniacs that follow the trends like a school of fish following a current, or a flock of sheep following a shepherd if you like that analogy better.

There could always be a chance of Netflix bringing the shows back but with the lineup they currently have it’s kind of hard to think that it would be anytime soon unless they had a sudden change of heart. Fans petitioning to bring shows back or get them cancelled tends to be a hit and miss kind of option since the ultimate decision is usually made by those that do or don’t want to take the risk by keeping something on or taking a chance on it in the first place. It could be that the horror-related shows and movies are simply waning at this time and a resurgence might see them come back eventually as was already mentioned. Kind of like a tide, these ideas do tend to come and go with the interest of the people, and at this time it could be that an overload and therefore a lapse in interest was inevitable, even if the fans are stating that they like the shows. It’d be nice to say that fans are entirely reliable in this case and know exactly what they want, but that’s also not the case and not to be trusted nearly as much as people might want to think. Fans are insanely fickle when it comes to the material they watch and some folks will simply watch something because it looks new and inviting, but end up hating it with a passion soon after.

The point here is that V Wars and October Nation might have been enjoyed for a first season but there’s a definite reason that Netflix canceled them and whether or not we ever get to know that that is beside the point. There’s still plenty on Netflix to watch and if a person hasn’t watched Tiger King or the numerous movies that continue to cycle through then there are still plenty of originals to choose from. Hopefully the execs will think about this and discuss whether or not the shows can come back when things blow over, but until then Netflix does still have plenty of options.