Home
Movies
Why Did Netflix Pull How the Grinch Stole Christmas? 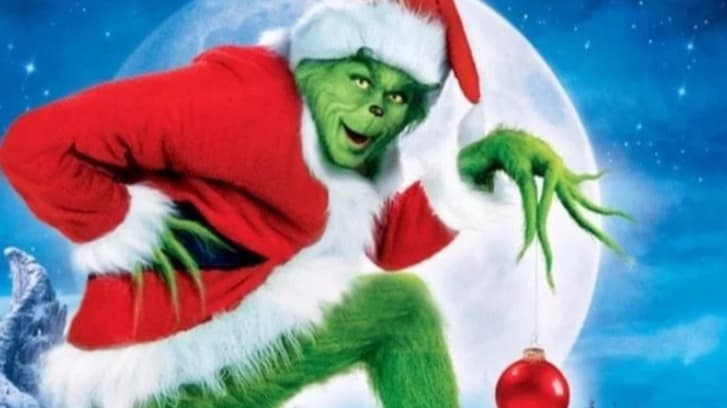 This is just a perfect moment for this quote since Netflix pulling How The Grinch Stole Christmas is far less of a tragedy than it seems. But still, here you go: “IÂ feltÂ a great disturbance in the Force, asÂ if millions of voices suddenly cried outÂ in terror and wereÂ suddenlyÂ silenced. I fear something terrible has happened.”

Leave it to Obi-wan Kenobi to deliver a perfect message for an imperfect situation. In the meantime Netflix subscribers are actually threatening to cancel their subscription over this, which is mind-boggling because while it is a great Christmas movie and it does deliver a lot of laughs, it’s further proof that people are simply growing too used to convenience and are getting out and out lazy. Seriously, does anyone remember when they were kids that they were the remote control? Does anyone remember rabbit ears? Does anyone remember a remote control that was the size of a brick and about as heavy? Folks, there are still such things as DVD and Blu-ray players that can work just as well, but heaven forbid you have to get up and walk a few feet to put the disc in, there’s no app for that yet apparently.Â  In the meantime, as per Kevin Burwick of MovieWeb, Netflix had this to say in response to the subscribers:

“Netflix licenses TV shows and movies from studios and content providers around the world, and those licenses can expire if we don’t renew them. Though we strive to keep the content you want to see, we acquire licensing rights for TV shows and movies for a certain period of time – not indefinitely – so some titles do leave Netflix. If a TV show or movie you love is leaving, it indicates that our licensing agreement with the content provider is about to end. Whenever a TV show or movie is expiring, we evaluate whether or not to renew it using the same criteria we apply to potential new content.”

See that, SEE? Even Netflix has to think about licensing agreements and will from time to time not renew said agreements to keep a movie on their list. The fact that the Grinch is still on TV, if you want to watch commercials, and could be purchased on DVD or Blu-ray, is more than good enough, though people are so used to the convenience of streaming that anything forcing them to get their butts up from the couch seems like a horrible inconvenience that they just-can’t-stand-for. The words ‘boo hoo’ spring to mind, but only in the most sarcastic of tones. People seemed to have forgotten a time that existed before streaming and before the advent of online movies that make life so unerringly simple. Y’know, back in the day when the earth was still cooling and one had to hurry home to avoid the rabid packs of velociraptors and the occasional wandering T. Rex? That at least seems to be the belief of a few younger folks these days that can’t even fathom what life was like before people had cable and two or three TVs in their home. Trying to watch a child or teen figure out what a rotary phone or a cassette tape is these days is hard enough, but making them understand that at one time streaming TV was science fiction is downright laughable.

The idea that anyone would cancel their subscription over this is further proof that people have become way too dependent on various movies and shows in their lives to really have much of a life outside of the house. Cameron Bonomolo of Comic Book had more to say about this. True, there are simply some movies you want to be able to watch during the holidays, and the Grinch is right up there with National Lampoon’s Christmas Vacation and Die Hard, but to think that it ruins your holiday if you have to (gasp) use a DVD player is kind of pushing it. At that point many folks might actually look at you and just shake their head with a pitying look in their eyes, and they’d be right to do so. Home Alone has been taken off of Netflix as well, but this one is easier to explain since it’s a Fox movie and as such it’s now owned by Disney, and at this time the Mouse House is slowly taking ownership of its properties from Netflix as has been the plan for a while. So if you’re wanting a holiday fix and Home Alone might be able to do it for you then you can go on over to Disney+, you’ll even find The Santa Clause there and a few other shows and movies that might make you forget about the Grinch. If you need your Carrey fix though there are a couple of ways that were mentioned above. Tighten up that lip and take those few steps to put the disc in, you’ll live.