Home
TV News
Why Doctor Strange Was Written Out of WandaVision 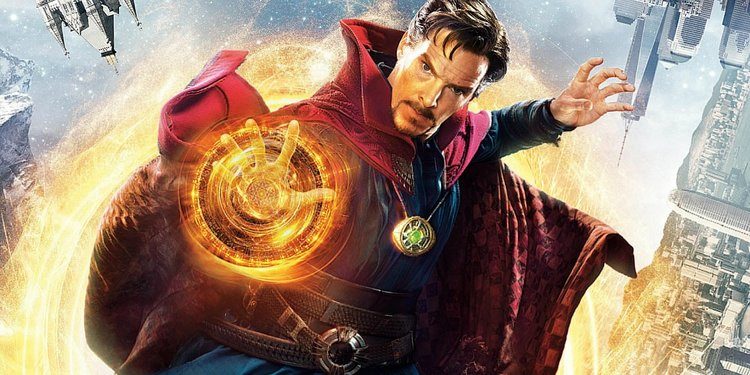 The long and short of why Doctor Strange wasn’t in WandaVision, after a lot of words that weren’t really needed, is that the desire to keep the focus on Wanda and not shift it over to Doctor Strange. It’s not a bad reason to be certain since Stephen Strange is bound to become a bigger name in the MCU moving forward, but it was still a bit of a disappointment in a series that continued to hype up certain moments only to let the fans down. WandaVision was a lot of fun, there’s no doubt of that, but there were a few moments in the series that didn’t really make the fans happy since the introduction of Evan Peters made a lot of folks think that Fox’s Quicksilver was coming into the picture, perhaps heralding the arrival of the X-Men finally. But of course, that didn’t happen, and people were grumbling thanks to the fake-out. There were plenty of apparently false promises that weren’t delivered, but the fact is that people, myself included, were looking for something that wasn’t there since a lot of folks want things in the MCU to connect more often than not, and Wanda and Vision have plenty of connections to the Marvel universe that could have been exploited. At one point it was thought that we might see a brief cameo created for Reed Richards, but that didn’t happen either. Even Agatha Harkness was a bit of a letdown since her comic book persona wasn’t typically evil. But this, like many things, was easy enough to gloss over since people wanted to see what happened at the end. It was an emotional finale, to say the least, but it was also one that still left more questions than answers, and one of those was where in the world was Doctor Strange.

While it would have been nice to see the Sorcerer Supreme in action in WandaVision it could be that keeping him out was a better idea since he could have been too much of a distraction and perhaps even too much of a tease since the show did need to focus on the titular characters. As the Marvel universe moves forward it’s going to have to adjust to new main characters as the stories continue to roll on, and while there might be a few selected to carry the torch already, it does feel that Doctor Strange will be one of those that will retain the kind of prominence he was being shown since he ended up being featured for a brief but meaningful period of time in Thor: Ragnarok, and was then a main character in the two Avengers movies. Whether he’ll end up joining the group, or if Wanda will, kind of remains to be seen, but a lot of people are expecting it and to be fair such a thing might happen. But his own sequel is going to come next and it feels likely that since Wanda is in this movie that we’ll get to hear him talk about the Hex that she created around Westview and how her powers have grown since her time with the Avengers. It would be great to deliver into Wanda’s past once again to see just what kind of abilities were already blossoming before HYDRA managed to get hold of her and her brother. Between the two of them, Wanda was the stronger, and it’s likely that Doctor Strange is going to teach her even more as time goes on. One thing that would be interesting would be if Strange brought Agatha Harkness back into the mix if only to keep another witch where he could observe her on a closer basis. There’s no guarantee of such a thing happening, but it would be intriguing.

Apart from that, his absence from WandaVision isn’t that big of a deal, but it was a sticking point for a lot of fans that were tired of over-thinking everything and decided to blame their frustration on the show when the truth was that the fans were the ones creating such high expectations while those that were in charge of WandaVision were doing their job and delivering the show as it was meant to be, no more and no less. It’s kind of funny to think that people were working themselves into a tizzy for no reason other than to satisfy their need for high expectations that were bound to come crashing down. This didn’t appear to happen as much, if at all, with The Falcon and The Winter Soldier, but then it was a very different type of show and despite belonging in the MCU as well the subject was quite different, and the expectations weren’t even close to the same. Plus, some of those expectations were actually met by the end of the first season.