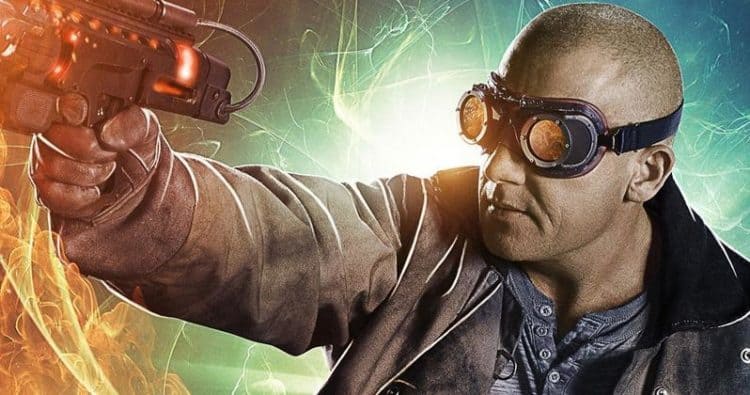 The problems that can come from acting in a TV show or movie aren’t always tied up in money, since it sounds as though Dominic Purcell, who plays Mick Rory, aka Heat Wave on the CW’s Legends of Tomorrow, has fallen out with those in charge and as a result is going to one his way down the road before season 6 can kick-off. Purcell was pretty blunt in his message to the fans and to anyone that might have been paying attention to his message, as he’s made it clear that it doesn’t matter how much money he’s offered, he’s bound for other pastures at this time since he doesn’t believe that the studio in charge of the show cares enough about the actors. If that’s the truth, and there’s a lot of room for argument on this matter, then it’s likely that he won’t be the last to take off since he’s obviously not the first. There are a lot of different ways that can be used to describe how the studio ‘doesn’t care’ about the actors, and it tends to be personal with each individual that says it, meaning that there isn’t one defining situation that can break down every interaction between the actors and the studio. It could be creative differences, money differences, equality issues, or anything else that an actor might feel isn’t being met. There’s no telling what reason an actor will cite when it’s apparent that they have an issue with the studio, but unless there’s a compromise that can be made between the two parties then it’s bound to happen that difficulties will arise.

In his posts, Dominic doesn’t really go into a lot of detail when it comes to the reason behind why he’s walking away from the show, but for an actor to walk away from a role that he believes no one else could do, which is a little arrogant to be certain, there must have been a pretty big issue that couldn’t be resolved. Whether the parting shot that no one could play his character as well he did was said in anger or out of sheer arrogance is hard to say since there are plenty of actors in the business that don’t believe that anyone else can do what they do, and in some cases, they’re right since there are plenty of individuals that bring a level of expertise and talent to various roles that is difficult if not impossible for anyone else to replicate. But while Dominic Purcell has certainly been visible over the years, one has to wonder if he’s overestimating his value a little bit. Let’s put it this way, every actor on the set is valuable in one way or another, and there are rarely any actors that are put into a role that could be easily replaced since every individual on a given set tends to serve a purpose, even if it’s as an extra or temporary role. But there are times when actors tend to go a bit overboard and really take their value to a place that exists only in their head.

What this means is that as much as Dominic Purcell could be kidding, there are individuals that believe that they are irreplaceable and that other actors couldn’t possibly take over their role and do the same job or better. That’s where a lot of actors tend to falter just a bit when it comes to thinking that the studio doesn’t care about them, since they might think that they’re far better than they are, and the studio heads might be trying to reason with them, to make it clear that they’re not THAT great, which is to say that they’re not so good that they can’t be replaced with someone else, or simply taken out without destroying the show. Like it or not, there’s a way to write Heat Wave off entirely, and it feels as though Dominic is giving the studio his blessing to do so since walking off due to ‘creative differences’ is a reason that a lot of people have heard quite a few times over the years when an actor leaves a TV show or a movie. It’s often a smokescreen to hide the fact that there’s trouble behind the scenes, since whatever business is going on is no one else’s business, and the only thing that anyone really needs to hear is that things couldn’t be worked out and the two parties are going to be parting ways.

It does sound as though Dominic is parting on good terms and has nothing but well wishes for his fellow actors, but to the studio, he has little if anything but what feels like a backhanded ‘thank you’ that will likely be forgotten after a while. That is if he actually DOES leave.