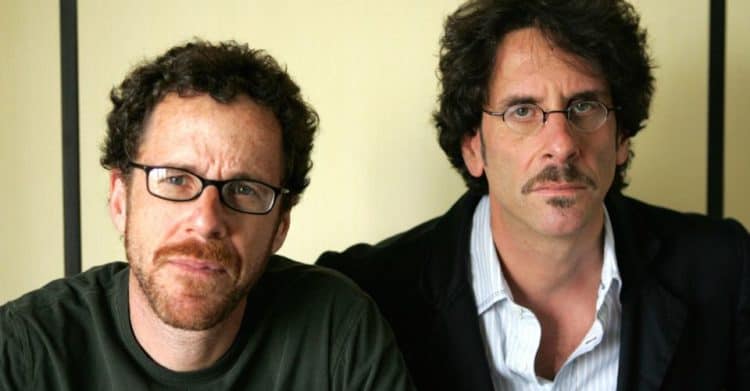 One thing that’s constant in life is that things change. As we grow up and grow older our interests will change, our mindset will change, and one way or another, we won’t be into everything we enjoyed years before, or at least not in the same way. This is one way to explain why Ethan Coen isn’t going to be directing movies any longer, but there is a little more to it since it sounds as though he wants to entertain the thought of becoming a playwright as well. Some folks might not fully understand the difference between a screenwriter and a playwright, but the difference is in the name, as one writes for the screen and the other writes stage plays, such as those that are seen on Broadway and in other venues. There are other differences, but those are typically learned by those that enter into this profession and include formatting and storytelling techniques that tend to go into great detail. The point though is that Ethan Coen appears to have grown tired of making movies and is off to try something different.

It’s bound to be different for a lot of people that have worked with the Coen’s in the past since the two have almost always worked together on various projects, as their names have been included together quite often. But to be honest, there are a number of reasons why Ethan has decided to move away from making movies, as the business is one that requires a lot of patience, time, and understanding among those who work together, and it’s very possible that this can wear on a person’s nerves over time since trying to work with various scripts, talking to certain people, and with actors and everyone else involved in the process of making a movie can be stressful. It’s very possible that the same will happen if he becomes a playwright as well, but perhaps taking on the role of a writer instead of a director will be the difference-maker.

There is plenty of pressure when it comes to being a writer since the scripts that are written tend to go through at least a couple of rewrites or more, actors and directors might find things that they want to change and everyone has their own opinion of what should happen. Being a writer is tough when having to deal with everyone and how they perceive the writing, but it’s a far cry from being a director, who tends to have even more responsibility. It does feel like a move down or sideways though since the Coen’s have been among the most respected directors in Hollywood thanks to the movies they’ve created, so it will be a little odd to see a movie come out with only one of their names on it. But things change, people change, and it’s certain that people will get over this if they even acknowledge it. The fact is that Ethan Coen is interested in doing something else, so he’s going to switch gears and make the career change to see how it will turn out. Given how talented he’s already shown himself to be it shouldn’t be that big of a deal, and he should do fairly well to great.

At some point in life, a lot of people tend to wonder if they’re where they need to be and in some cases discover that there’s something else that appears to call to them from another direction. For some people, this pull isn’t all that strong and might call them to engage in another hobby that could turn into something serious. In others, it might mean an entire change of lifestyle that will require them to make a few very big decisions that will set them on a completely different course. But whatever happens, it’s been established that Ethan is capable of handling it and will no doubt be able to come to his brother for help when needed. It’s better to wish him luck than try to figure out what he’s doing and why since every person finds the need for change now and again, especially if they’re not interested in the path they’ve been walking for a while.

It could be interesting to see what will happen as Ethan makes his way towards the theatre and seeks to become a playwright, especially given that the style of writing is different and will require a different touch when it comes to bringing things to life. It will also be a bit odd to say ‘THE Coen brother’ or to simply call Joel Coen by his full name more often, but it’s another thing that people will get used to, and it will be interesting to see what he can do without his brother there to share in the experience.