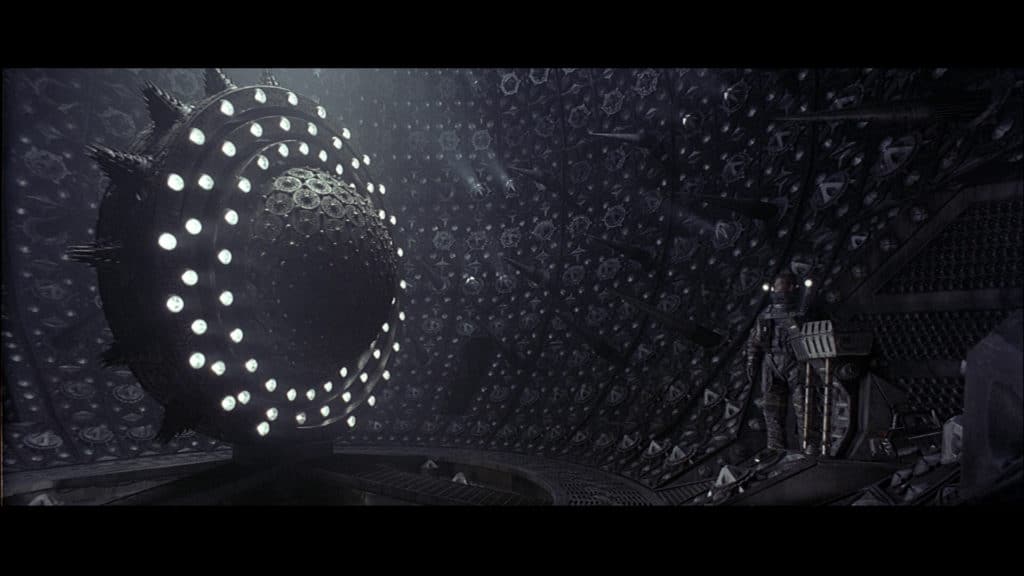 On paper, Event Horizon was an utter failure since it didn’t manage to earn its budget back and it flopped horribly in the US in terms of sales. The confusing part about this however is that between the story and the effects it was one of the better science fiction horror movies out there at the time. Releasing in August of 1997 shouldn’t have made much of a difference since summer tends to be one of the best times for a movie to come out, barring the past year thanks to the pandemic. But really, the budget for this movie wasn’t so enormous that it shouldn’t have been able to make it back, especially with names such as Sam Neill, Laurence Fishburne, and several others who were popular at the time attached to it. But for one reason or another, Event Horizon fizzled out before it ever really had the chance to get going, which is still a little confusing but is the reality we have to work with at this time. There are a number of reasons why this could be so, but a lot of them are pretty easy to push past.

The implied terror could be one reason since, to be honest, we don’t get to see the dimension/realm that the Event Horizon travels to when the gateway, or black hole the ship can create, opens. But we get to see the effects it has on the original crew eventually, which is to say that it drove them mad and caused them to mutilate each other and themselves. The true evil in the movie is never really given full definition since it’s more or less a place of pure chaos where anything goes but torture and pain are kind of the norm. That overriding idea could be what turned some people off since a lot of folks love to see the final reveal of the monster or the place that’s causing all the problems and implied horror doesn’t always work that way. Even Horizon worked off of a lot of implied threats that caused real consequences, which isn’t anything new, but at the time might not have been what was wanted. In reality though, it created the kind of tension that made this movie worth watching.

Imagine it, you’re stranded on a ship that disappeared from known space for seven years, and then suddenly reappears for no good reason apparently. On top of that, the remains of the crew are a bloody smear across the walls and there’s nothing other than garbled recordings of what sounds like people screaming in agony to go on. Then comes the feeling of being watched, the feeling that something isn’t right with the ship, that at any moment something might jump out and grab a person because that’s how horror movies work. Had there been any actual alien or physical, supernatural presence in the movie though, it would have definitely detracted from the story. Even bringing back Neill’s character as a scarred and demonic-looking being was kind of ‘meh’. The apparition seen by Fishburne’s character, the ghost of a man he watched burn to death, was intriguing, and the image of one of the crew member’s young, crippled son bordered on a psychological meltdown for the character, but apart from that, the torturous way in which the ship played with the crew members was definitely one of the best parts of the movie.

There were moments in the movie when the dialogue slowed things down a bit and the exposition, which was necessary, made people kind of lose track of what was going on. But all in all this movie deserved a great more deal of praise than it received, and this could be why it’s become a cult classic in the years following its release. The actors put in a great performance with each character, as the animosity between the crew and Dr. Weir, played by Neill, grew by the minute as the ship that he designed continued to toy with the crew and exhibit signs that it was anything but an ordinary ship. This brings up the moment when Starck, played by Joely Richardson, mentioned that the bio-scans of the ship were all over the place, meaning to any thinking fan that the SHIP WAS ALIVE. Feel free to howl that to the skies like Frankenstein, it’s okay, I did it too.

But the reason for thinking that this was such a great movie is that up until it used the actual threat of a physical being to do its bidding, the evil/chaotic presence that had latched onto the ship was something that couldn’t be easily fought, and therefore was a perfect threat to use against living beings that had no grasp of what the real problem was. That kind of horror is priceless since to some people it might be annoying not to be able to put a face to something, but to those that love a good story and don’t judge too harshly, implied horror is sometimes far more effective than the actual horror could ever be.