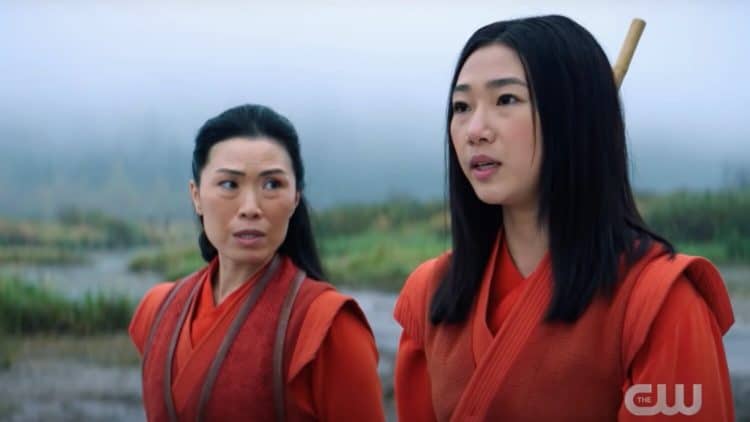 Initially the complaints about the Kung Fu reboot sound pretty ridiculous since anyone saying that it feels ‘too CW’ needs to check themselves since they were made well aware of how this reboot was going to come off and what network was making it happen. But when digging a little deeper into why people feel the need to complain, as usual, it becomes obvious that the idea of magic being used in this version isn’t sitting well with the long-time fans of the Kung Fu brand. Stating that everything was as realistic as it could be in the original series and even the revival is stretching the truth a bit, but one thing can be said, David Carradine’s version of the show didn’t rely upon magic, keeping things as practical as possible in order to stick to the main point of realistic Kung Fu so as to keep people interested and to avoid getting too crazy with it. But adding in magic this time around feels like something the CW would do since it’s been quite hero-centric ever since creating the Arrowverse. Unfortunately, this continued narrative might be a little too over the top for a show such as Kung Fu, and it might even be labeled as an effort to keep a certain trend going rather than come back to reality for a while.

The casting of a female lead isn’t the problem, the all-female Shaolin monastery isn’t an issue, but the magic that’s been introduced is the main point of concern at this point, which is kind of funny in a way, but is also easy to understand since the ability to carry this show without having to resort to the unreal effects that are to be found in abundance so often is necessary since it was understood by many that this show wouldn’t be s over the top and out of control that it would feel like something DC had created. It shouldn’t be that big of a deal but had the show decided to market itself as something other than Kung Fu this issue might have never come up since it would have likely been accepted as another martial arts program that featured a new and exciting lead who would take the show and make something of it that people would fully enjoy without the need to point out any obvious faults. To be fair, the show doesn’t appear to be quite that bad and it could work out if people are willing to accept that it’s going to be quite different than the original, but as it happens with so many shows, someone had to mention what was wrong instead of simply celebrating what was impressive and as one might expect, many people have flocked to speak on the matter in their own manner. It might have been a better idea to leave magic out of the mix in order to see if the show could hold its own based solely on the merits of the fact that it is a reboot of Kung Fu, but adding the fantastical into the story appears to be just the type of fodder that naysayers need to state that the show isn’t ready to accept the mantle it’s been given.

When all is said and done though there’s still plenty more to be seen in order to fully judge this show, and going off of one aspect of it isn’t quite enough to say that it will work or it won’t. Too many people are willing to claim that they know exactly what to expect from so very little that it’s a hope that they’ll be pleasantly surprised when the other shoe drops and the show comes up with the justification for adding in an element that people didn’t expect in a manner that will erase any doubt that still remains. Of course, that’s kind of a bold statement as well since there’s no telling at this time what will happen when it comes to the overall season, or how well it will be received. Kung Fu wouldn’t be the only show to tank after one season, and in fact, would be one of many that were thought to be a great idea but couldn’t follow through. The hope is that the story will continue to unfold in a manner that will seem a little grounded and less likely fly off into fantasy at every other turn, but until it’s been fully revealed we just won’t know. Right now what we do know is that people aren’t really happy with what they’re seeing, which is unfortunately a common occurrence that comes up now and then, and are already starting to make decisions based on what little they’ve seen. Hopefully the rest of the season will get people on board with the idea.