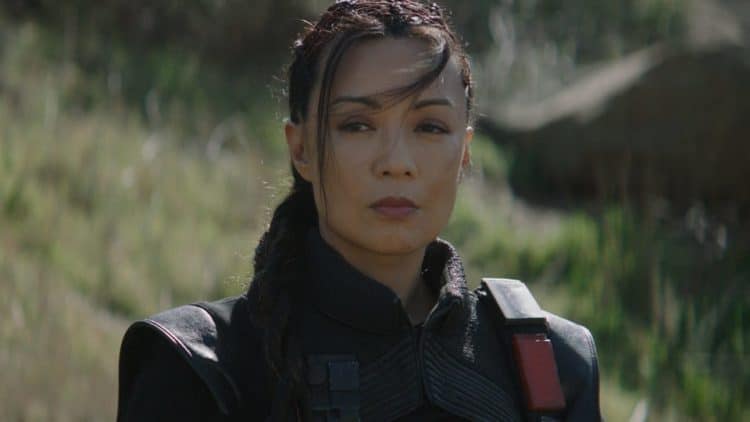 If you’re thinking of looking into where Fennec Shand has been featured before in Star Wars don’t bother, she’s a newly created character that was brought in for The Mandalorian and has been rising in popularity since. But it would be a fun idea to explore her origins since finding out how she came to be such a deadly bounty hunter would be interesting given that she’s obviously a dangerous opponent and someone that had to have bounty hunters sent after her since anyone else, aside from Jedi, might have been easy targets. After seeing what she can do in The Mandalorian it’s going to be fun to see what she’ll be able to do with Boba Fett in The Book of Boba Fett. Shand is definitely the type that appears to prefer being on her own, but after Fett saved her life it’s only natural that she would ally with him, at least for a while. Bounty hunters in Star Wars sometimes have a code that they live by, but there are those among them that will ditch the code in lieu of survival since practicality does come into play after a while. But how long of a time she’ll spend with Fett does appear to depend on how aligned their interests will be, especially since bounty hunters don’t always mind working together, but they do tend to be solitary creatures more often than not. Whether a Fennec Shand movie or TV show would be best is hard to say since it might be easier to tell after the first season of The Book of Boba Fett. Ming-Na Wen is a great actress in her own right and has done plenty to prove it, but a lone bounty hunter taking on their own show is still a relatively new thing even after 2 seasons of The Mandalorian have come and gone. The premise isn’t a bad one, but seeing as how Fennec might actually feel a little more comfortable with Fett than to have him out there competing for bounties is something to consider. Then again, being beholden to someone isn’t exactly something many bounty hunters are that fond of since owing someone isn’t always a good thing.

A prequel series might be a good idea to show how Fennec grew up in the galaxy and how she came into the bounty-hunting trade, but it could mirror The Mandalorian in this manner, meaning that the show could depict the grown woman she’s become and the youth that she was alternately as the series goes along. It might feel as though it could copy the initial show a little too much, but given that Fennec is a very different character and not a Mandalorian it might actually be kind of interesting to find out where she came from and, in the present, why she would part ways with Fett after a while. It could even be that such a series would allow Wen to help create a show and a character that might have more to do in establishing another part of the Star Wars franchise. Seriously, since Disney is looking as though they’re trying to ditch some material while taking what they want from the Legends canon, it’s not too hard to think that Fennec Shand’s story could be worked into the franchise in some way to make it plausible that she’s been a part of the seedy underbelly of galactic history, given that as a bounty hunter she does work at the periphery of what is considered to be polite society. It’s not likely that she would be too lively during the time of The Force Awakens and onward if she’s still alive by that point, but it could be interesting to think that she saw the rise of the First Order and either beat feet in the other direction, or would possibly see a new client that would keep her busy with new bounties.

Whatever happens with Fennec it does feel that we should hope to see more of her, perhaps in another show apart from The Book of Boba Fett, or in her own feature that might tell us just who she is and where she came from. The more information on her the fans can get the better since she’s a favorite of many fans and has come a long way from the episode in which she was shot by a rookie bounty hunter. Giving Fennec a convincing backstory and a host of adventures to go on by herself would be a great way to bring Fenne even further into the Star Wars franchise and possibly cement her status even further than its already been since another character like this in the franchise would be pretty cool, especially since it establishes that while Fett was one of the best in the business, he definitely had rivals.