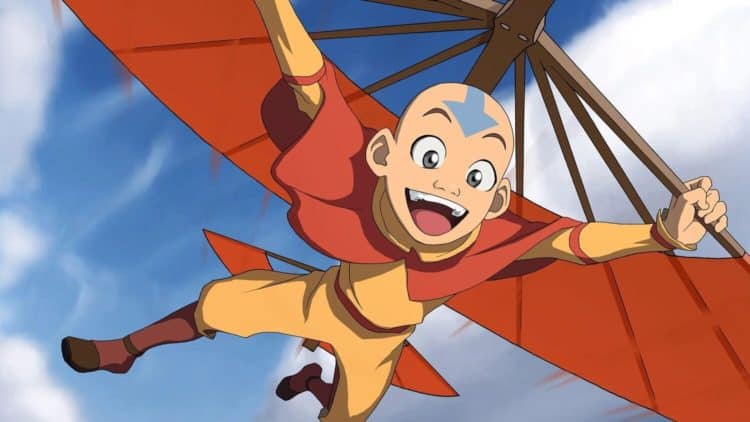 If you’ve been binging Netflix during quarantine, you might’ve seen M. Night Shyamalan’s Avatar movie. However, if you were one of the unlucky fans who wasted your money on a movie ticket back when it came out in 2010, you probably just ignored it. No need for a second viewing, am I right? It turns out, some of the things that originated in animation cannot be converted to live-action. Then again, perhaps it was just Shyamalan’s bad direction and very odd casting choices. I apologize for mentioning that movie again, but I have to bring it up because I want to talk about a second attempt at Avatar in live-action form. In 2018, Netflix got with the creators of the series, Michael Dante DiMartino and Bryan Konietzko, and decided to take another stab at a live-action Avatar: The Last Airbender.

How does that fair better than the last attempt? Well, for starters, there’s no M. Night Shyamalan this time. Yes, that makes a very significant difference. Love him or hate him, you just can’t deny that he did us Avatar fans wrong with that 2010 dumpster fire fiasco. We can’t forgive him for that and we can only hope that he’ll never come near the franchise again. Speaking of which, let’s not forget that DiMartino and Konietzko were executive producers for that movie. That could mean one of two things: the two of them just had their names attached to that project because they were the creators of the franchise or they  gave a lot of creative input on the project. Either way, them being the creators means they have the right to the executive producer title, but that doesn’t always mean they get a lot of creative say.

Stan Lee, for example, was often labeled as an executive producer for every Marvel film, but didn’t have a lot of creative say on them. As for Shyamalan’s Avatar movie, DiMartino and Konietzko both claim that they really had nothing to do with it. Shyamalan says otherwise, but I think we all know who’s telling the truth. Come on, does anyone really think that they would’ve been okay with whitewashing the main characters? I’m willing to take their word for it, but it’s still a shame their names are attached to that movie. That’s why I was excited when I heard that they were getting together with Netflix to make a live-action Avatar series.

Yes, this time, it won’t be a movie, it will be a new series. I think that’s a good idea, because there’s a lot of mythology to explore. It’s way too much to try and bottle up for a movie and that’s one of the many reasons why the 2010 movie failed. The world of Avatar is a large and magical world and we need time to explore it to the fullest. With the creators themselves on board and acting as the show runners, nothing can possibly go wrong, right? Yeah, not exactly. Back in August, DiMartino went on his personal blog and revealed that he and Konietzko left the project due to creative differences with Netflix. Netflix will continue pursuing the series and will hopefully find another show runner. Whoever they find, I seriously hope it’s someone good.

On the surface, this sounds like bad news. Scratch that, it is bad news. When the creators decided to collaborate with Netflix back in 2018 for this project, it was a good sign. They probably didn’t like how Shyamalan handled their franchise, so they decided to take charge and spearhead a live-action version of the show. If they came back, that’s a good sign, right? Well, that doesn’t matter now, because they’re both gone. DiMartino said it was because of creative differences and left it at that. When it comes to creative differences, the specifics can vary. We’ll never know the details but as fans, we have a tendency to assume that the creators know best. After all, it’s their baby so they should have full creative control, right? I’m actually going to say no to that.

Okay, I’ll confess a few things here. One, I want to talk about this because as a kid, I never fully watched Avatar: The Last Airbender from start to finish. I watched the first season, then just stopped. It’s not because I lost interest, I just didn’t get around to continuing it. Big mistake on my part. Well, since quarantine happened, I got the chance to fully binge the series on Netflix. That was time well spent. I’m so happy that I got the chance to finish watching it and I can now say that I’m a true fan. Since I am a true fan, I am upset that the creators have departed from the live-action series. However, I do not think that the project is dead because of it.

The difference between Netflix and the Avatar creators is how many shows they’ve done. DiMartino and Konietzko have done one show and one show only and that’s Avatar: The Last Airbender. The amount of Netflix-original shows is quite a lot, including Ozark, The Witcher and all the Marvel Cinematic Universe shows. The critical difference between those shows and the Avatar series is that all of those shows are live-action. That makes all the difference in the world because the Avatar creators are pursuing a live-action adaptation of their series. Why does that matter? Well, the answer is actually simple: DiMartino and Konietzko have no experience in making live-action shows. Netflix, on the other hand, has more than enough experience in making and running plenty of live-action shows and for the most part, they’ve done a good job at it.

As mad as I am that the creators are no longer a part of the project, their inexperience with live-action is what really mattered. One thing that I noticed about the first season that stood out is that it was more kiddish than the rest. Not that it was a bad thing, far from it. After all, it was an animated show for kids. The later seasons got more serious and tackled more adult-themed topics, such as abuse and what war does to people. That’s when it got really interesting and less childish. The childish stuff does work, but only when it’s animated. That kiddish stuff from season one wouldn’t work in live-action. If I had to guess, that’s the kind of creative differences the creators and Netflix sparred over.

I’m guessing Netflix wants a more serious show that tones down the kiddish elements. If that’s the case, I’m all for it. I could be wrong, but perhaps the creators didn’t want to divert from those elements. They’re still the creators and the series is their baby, but if they have no experience with live-action shows, they simply don’t know how they work. Netflix knows what they’re doing in that field so I believe we should give them the benefit of the doubt. Like I said, it’s bad that the creators are gone, but I don’t think it means the series will fail because of it. Netflix will probably pick an experienced show runner who really knows what he’s doing. At least we hope they will, but given their track record, I’m confident they’ll make a good choice.

What are your thoughts, Avatar fans?