Home
Anime
Why Inosuke is the Best Demon Slayer Character Ever 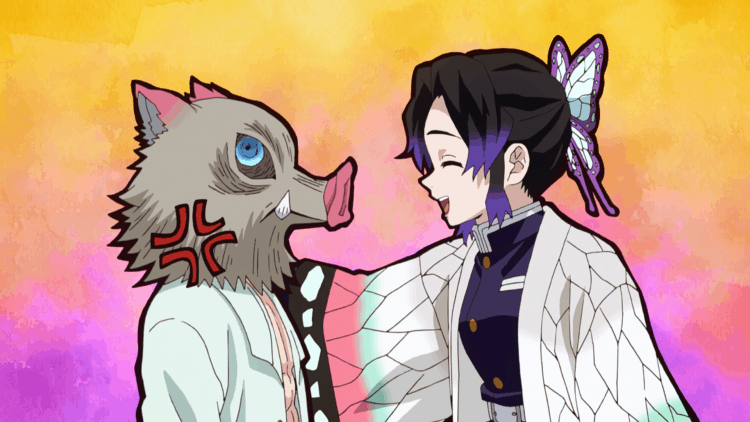 Demon Slayer has a lot of characters, and each and every one of them have a major impact in the series, but the one character that resonates with me the most is Inosuke Hashibira. Inosuke made his first appearance in Demon Slayer episode 11, and my attention was immediately pulled to him. From his bull-headed (or rather boar-headed) nature to his lesser seen compassionate side, Inosuke is such a dynamic character and is definitely one of the best. So, what’s our reasoning behind Inosuke being the best character in Demon Slayer? Why does Inosuke pass Zenitsu and even Tanjiro? There will be mild spoilers for Demon Slayer and Demon Slayer -Kimetsu No Yaiba – The Movie: Mugen Train, so if you want to avoid certain spoilers, then I suggest coming back after you’ve caught up with Demon Slayer as much as you can.

Demon Slayer Inosuke follows alongside Tanjiro and Zenitsu on their journey to become full-fledged members of the Demon Slayer Corps, however, Inosuke does things a bit differently. He doesn’t typically play by the book, as you can tell very easily by his Nichirin swords. Inosuke’s Nichirin swords are much different compared to the rest of the Demon Slayer Corps, because unlike the other swords that have a perfectly flat edge, Inosuke’s swords are very rough and jagged, which actually reflect on his character very accurately. When it comes to Inosuke’s thought process, he tends to be headstrong and not as sophisticated as the other Demon Slayers, he’s a very rough person all around. Until he takes off his boar head, that is…

King of the Mountain

Inosuke is the self-proclaimed “King of the Mountain” as he wears the head of the mountain god (aka a boar). He wears a boar’s head in order to hide his beautiful complexion, because he’s embarrassed that he doesn’t look as tough as the rest of him, so he hides behind the mask. I find this entirely hilarious, and it was completely unexpected when he was finally unmasked. Very rarely do we actually get to see Inosuke without the boar head, but it gets a laugh out of me, as well as everyone else in the show, every single time. The supposed “King of the Mountain” is actually quite a soft-hearted person, as we have seen many times in the series, but specifically in Demon Slayer – Kimetsu No Yaiba – The Movie: Mugen Train. At the end of the movie, after Rengoku is killed, Inosuke tries to stop Tanjiro from crying in the only way that Inosuke knows – by training. He tries to force Tanjiro to train with him, so that they don’t have to think about Rengoku and so that they can get even stronger to defeat the demon that killed him. However, Zenitsu is quick to point out that Inosuke is crying as well, though he’s quick to deny it.

Inosuke always wants to be in charge of everyone around him, including Tanjiro, Nezuko, and Zenitsu, as shown in his dream in the Mugen Train arc from the Demon Slayer movie. The dream that the Lower Moon One Demon showed Inosuke was one in which he was leading Tanjiro, Nezuko, and Zenitsu on a cave expedition to defeat a massive train monster, and the other three Demon Slayers were essentially his subordinates and did exactly what he told them to do. While it may be Inosuke’s dream to be the best leader that the world has ever seen, in reality, it seems that he ends up being more of a follower. Inosuke tends to freeze up in intense situations, like when Rengoku was facing an Upper level demon and needed help, Tanjiro was the one to break free of the shock first and then told Inosuke to move his body and help Rengoku. This happens quite often, where Inosuke ends up actually being the one to take orders and is told what to do, rather than telling others what to do, but he’s got such determination to become the greatest leader he can be, that it makes you want to see him become the fierce leader he wants to be.

Inosuke is…a character, for sure, but he has one of the biggest hearts and genuinely cares for everyone around him, even if he doesn’t always show it. I love his entire aesthetic – especially the boar head. He also inspired the best FabvL song ever, “Demon to a Ghxst.” Seriously, that song goes way harder than it needs to, and I love it. We can’t forget that Beast Breathing is also one of the coolest breathing techniques in the entire series, maybe next to Sun Breathing.