Home
Comics
Why It’s Time for a Darkseid Origins Movie 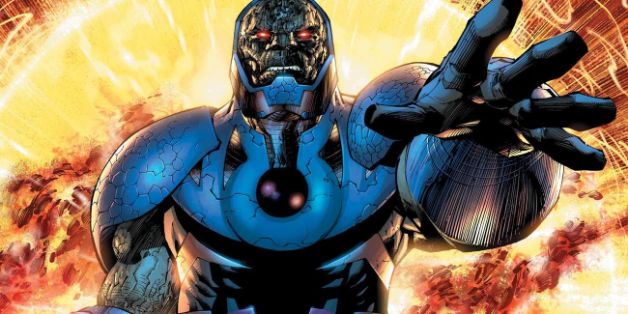 DC is well-known for having heroes that are so over the top that defeating them, in fact even fighting them, becomes a war that only the most powerful can win. In fact there’s been quite a bit of debate over how easily Superman beat Steppenwolf in the Justice League movie when the other members, including Wonder Woman, were having such difficulty. But factor in the idea that Darkseid is so far beyond Steppenwolf and it would seem that the Justice League might finally have a challenge that not even the man of steel could hope to evade and counter so easily. But therein lies another problem, if that happens, one presents a villain that seems TOO tough and essentially unbeatable, much like Thanos seemed for the MCU, right up until Endgame when he began to seem like a pushover. Quite honestly a Darkseid origin film might be the way to go before revisiting the Justice League simply so people can see how this stone-faced monster came to be and just why he’s so incredibly tough.

Darkseid’s origin is rooted in power, murder, and the absolute worst upbringing you could think of since betrayal is a common thing in his life as his mother had his wife killed and in return he had his mother killed and from that point strife just seemed to be a way of life. Once he took control of the Omega Force things didn’t stand a chance of getting better since his darkness became absolute and his power only continued to grow. Thinking about how to put this in a movie seems pretty simple, one would have to show that he was simply born to crave power and to acquire it in whatever way possible. That’s the nature of some villains though, there’s not much of a tragic back story, they simply crave what they don’t have coming into the world, power, influence, and the ability to remake reality into whatever they want. The fact that Darkseid is in effect one of the most powerful entities in the DC universe isn’t a fluke, he’s the kind of guy that, like Marvel’s Thanos, is dead set on justifying the means with the ends simply because it leads towards what he wants and because the strong will rise above the weak.

Bringing him into the DCEU universe, if that happened to start with, would be a serious wake-up call that the universe could need to make it known that there are worse things out there than Steppenwolf, and that even Superman isn’t going to be enough at times, since Darkseid has taken on the man of steel and done more than hold his own. However with the fact that Henry Cavill has bowed out of the role for now and the next Justice League movie, if there is one, is likely to be stuck in development hell for a while, this movie would have to stand on its own two legs if it did come out, and we’ve seen thus far that while it’s possible for a DCEU movie to come out and do well, not everyone remembers Darkseid as well as they might remember Wonder Woman or Aquaman, or even Cyborg and the Flash for that matter. This is an origin story that seems as though it might need to be firmly tied up with another individual or two in order to really come together.

As we saw at the end of Justice League, Lex Luthor and Deathstroke were having a meeting to form their own group, so perhaps something can be tied in with that. Maybe the DCEU can beg Cavill, or find someone just as good if not better, to put on the suit and serve as opposition for Darkseid. In any case something needs to be done to bring this character into the fold since right now, on the big screen at least, the DCEU is floundering and needs a definitive answer when it comes to simply moving forward. Forget about competing with the MCU any longer, that ship sailed when Infinity War came out and when Justice League, despite the box office numbers, fizzled out so horribly. It’s time to worry less about competition and more about damage control since the DCEU’s presence on the big screen is limited now to Wonder Woman and Aquaman when it comes to overall success. Despite being edgy and new, a lot of people haven’t cared for the new look and attitude that Superman was given, even if he seemed to revert back to his normal self in Justice League. Bringing in Darkseid might also allow the DCEU to save a bit of face since when Lex Luthor said “He’s coming” everyone assumed one of the worst baddies might come along. Despite how tough Steppenwolf was though, he seems to pale in comparison next to Darkseid, who could be the kind of spark that the DCEU needs right now.