Home
Movies
Why It’s Time for a Stargate Reboot 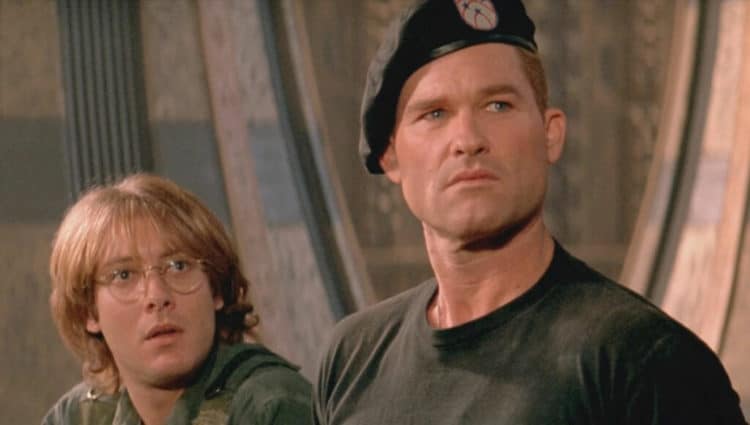 Even with the general idea that reboots are here to stay since people keep paying for them, some of us aren’t always up for the idea of a reboot or a revival or a remake, unless there’s a story that might actually benefit from it. In 1994 the original Stargate movie starring James Spader and Kurt Russell came out and was, for all intents and purposes, a decent movie. There were plenty of moments in the movie when it could have been a little or a lot better, but overall the tale wasn’t too bad since it tried to keep itself grounded but still kept the otherworldly aspect to it that had attracted so many in the first place. The discovery of a device that could transport people and materials from one universe to another prompted the US military to take control of the device and attempt to decipher it over the years to see what uses might be made of it, which was typical military procedure back in the 90s and is still a strong plot point in the current era. When linguist and Egyptologist Daniel Jackson was brought in to decipher the symbols of the Stargate he discovered the key to unlocking the gate’s potential and, upon opening it, was one of the men sent into the unknown to see what might be on the other side.

The adventure was pretty enticing back in the 90s but it almost felt as though it was missing some key ingredient that would have made it absolutely epic, perhaps Ra should have been able to get away, or perhaps a tease of the universe being laid wide open by the realization of the Stargate. There was some key to making this movie even greater, but despite the fact that it became a TV show and the books even kept being published, it kind of died out as an idea for one reason or another. But if Egyptian lore was born from the stars and another race entirely, maybe it would have paid to think about ways that this series could be revitalized later on down the road, since Egyptian myths do have a long and very storied existence that could be put to good use. Egyptian mythology is actually quite interesting and features many upon many different tales that could be adapted to fit into this story and would even create the possibility of more movies if the ideas were grounded just enough to keep things from spiraling out of control. If Kurt Russell and James Spader could be convinced to come back for even a cameo here and there it would be great, but if this was going to be a complete reboot then it might be interesting to wade through the talent pool to find a couple of actors that might be in need of a role to keep them in the loop, actors that have talent but just need a chance to show it.

Stargate has enough potential to be a great story and even be a great movie, and could even be a trilogy or running series if things were handled in a way that would make it possible for multiple movies to be made. The kind of story that would need to be told in this event however would require a few interesting plot twists, not to mention that it would require a few decent actors to make it work. Russell and Spader were definitely the right guys for the job, but again, there was something about this movie that just missed the mark when it came to earning epic status. Maybe it was the slightly lackluster villain, or the guards, or something about the antagonist that didn’t really come together, but the necessary pieces were all there, and could possibly be recaptured in order to make sense of the entire thing in a manner that would tighten the story up and make it possible to create something that fans of the original movie and those that would be targeted in the modern era could enjoy. Seriously, the way technology has advanced at this point, over the course of 20+ years, it feels entirely possible that Ra and his minions would be even more terrifying than before. Something about the masks they wore was creepy enough, but it was creepy in a good way since it created a level of mystique that was perfect for the movie.

But between fixing the story and casting a few people that would really bring it all together, it does feel as though this story could be rebooted in a way that would be favorable to a lot of people since the infrastructure is already there, it just needs a bit of work to really get things moving. The original movie wasn’t horrible, but it could use a little work.