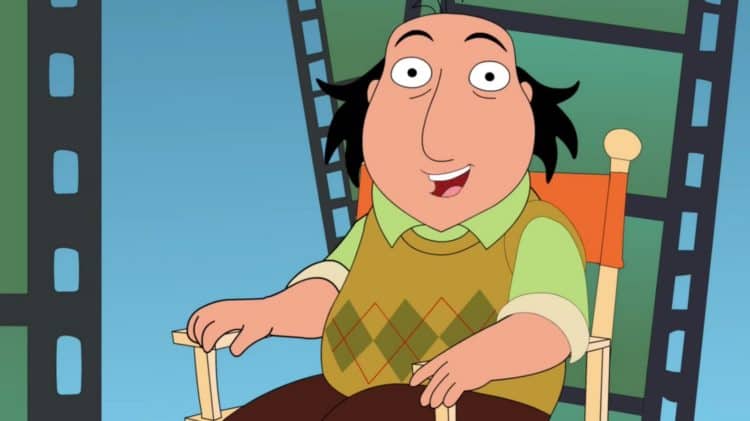 If you were one of those that loved watching The Critic absolutely slaughter movies and shows left and right then you might be thinking that it’s about time that Jay Sherman made his way back to the small screen in time to eviscerate some of the more well-known films that have been gracing the big screen since the show went off the air. A lot of people might actually welcome this if only to justify their own feelings about recent films that have been coming out, though quite honestly it would be a much more comical look at things than some of the social media posts have been seen to state. One thing that you could always count on Jay for was that he would put his wit to the test and attempt to take down any production that he didn’t like while giving some praise to those that he felt were worth the titanic effort it took sometimes to really pull a compliment out of him.

That being said there’s really no plan to bring The Critic back just yet but it does seem like an idea that might be on the back burner at the moment, the burner in the waaaay back. Nothing against the show but there have been so many animated TV shows, apparently we don’t call them cartoons any longer, that adding another one to the mix, even one that had a lot of fans and would be welcomed with open arms, would be like adding another layer to the morass of animation that’s already sought to take over entire networks. Despite being funny, engaging, and something that fans could get behind, The Critic is perhaps going to suffer the long wait simply because it is animated and takes a lot of work to get going just like anything else. The fact that people would love to see it come back is very telling, as it states in a way that we’re ready for honesty about the films that we continue to watch and argue over.

The only thing about this is that an animated critic telling us what’s good and what’s not isÂ  basically the same as having a Facebook argument with an anonymous person that feels the exact opposite way you do concerning a film. In fact it’s worse since it’s complete satire and yet is meant to be influential at the same time. From an entertainment standpoint it’s probably time to bring this show back and let people enjoy it largely because keeping people happy and giving them what they want is something that producers think they’re doing at times even when they fall short of the mark. Listening to the people makes a lot more sense than seeking the meaning behind their words, as thinking that they want something other than what they’re asking for is the work of someone that wants something completely different but is seeking justification for their own choice by thinking that the crowd is subconsciously asking for something different. It’s kind of like reading tea leaves and seeing what you want to see, rather than what’s there.

What does a writer know though, right? We’re not all producers, market analyzers, and those with degrees in the various disciplines that make up the TV experience. In truth we’re the voice of the masses that seek to make those same individuals understand that what THEY want is irrelevant when they’re looking ratings. After all, you don’t go fishing with the bait that you like, as the fish tend to prefer something else that you might find completely unappealing. In business however it’s not about the provider, it’s about the consumer. A lot of people put out material that they don’t happen to like, but are pleasantly surprised to find that the consumers like. In this vein The Critic is a perfect show since it gives people what they want even if it isn’t the epitome of animated shows. Truthfully it’s not, no matter how funny it is or how well received it’s been in the past. In real life a lot of people would studiously avoid critics like Jay, especially given that at times he’s a rather unhappy little man that a lot of people can’t stand. But as satire in an animated story he’s pretty funny and he’s easier to relate to somehow.

Personally I could take or leave The Critic, as back in the day it was something to watch when there was nothing else on, but a great many people happened to have liked the show and would love to see it make a comeback. The idea that Jay could take on recent films is something that might very well excite anyone that would be turning to the channel in anticipation. Honestly, he’d have plenty of material to work with.