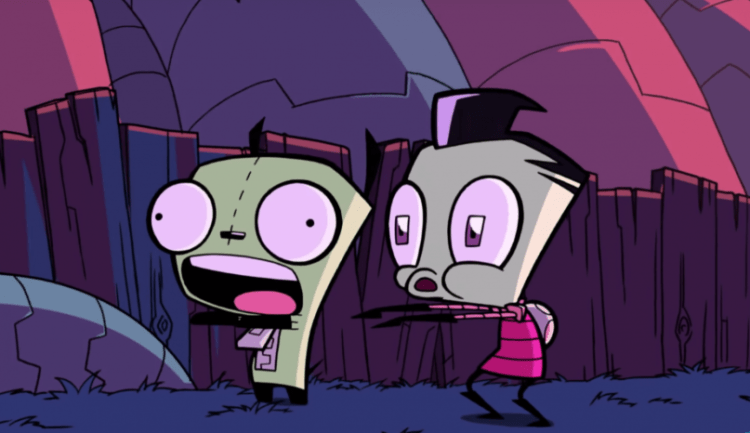 If you’re not an Invader Zim fan already, then you probably missed out entirely and need to go back and find the original cartoon or comics and catch up. Fans of Stewie Griffin on Family Guy will recognize his megalomaniacal predecessor in Zim, the failed alien non-overlord sent to theoretically try and do reconnaissance on Earth for his galaxy dominating species. If you’re already feeling nostalgic for Gir’s little voice and creepy Gaz, then we’re with you. It’s about darn time they rebooted this show already. We’ll highlight precisely why so you have something to put in your fan letters to the studio heads when you write to demand more Zim. (You should do that, it’s worked before with other shows!)

Have you seen the news about Sonic, Dora the Explorer, and Pikachu? Let’s get real here; some great shows are getting the millennial update and reaching a wider audience than ever before with a more adult take. Spawn has been revisited already more than once, and it worked well. We even understand why Sandman and JTHM have gotten skipped over altogether, let alone for re-makes. However, there’s just no good reason Zim shouldn’t be on that list. It’s frankly already an adult show.

We’d settle for a live-action movie, but Zim really is meant to be episodic. Everything we loved about the power struggle between Zim and Dib and Zim and the Almighty Tallest, but especially between Zim’s goals and his ego is worthy of a serious second take. Technology is advancing at the speed of light, and Zim was always ahead of its time. Johnen Vasquez knew he was breaking with tradition when he created the space series aimed at a younger audience. While it became an adult cult favorite, kids could watch too, and plenty of them grew up to cries of “Gir, why is there BACON in my soap?”

Failed But Not Forgotten

We know there have been some attempts to resurrect Zim that have done less than stellar. In 2010 Nickelodeon reran the original show with outstanding results. It was part of a test to see if there might be a market for a new Zim, and it was the second-highest rated on the network. So Nick and Vasquez were in talks for a new series, but it all came down to the money. Despite the love from the fans, Nick wasn’t prepared to foot the bill for what the crew genuinely needed to bring Zim new life. As a result, the project was politely canceled. We admire a creator who sticks to his guns and won’t settle for less than he deserves, even though we were unhappy at the time.

For those who don’t know, the ever-faithful cupcake, piggy, and tuna loving Gir was voiced by Rikki Simons. Oddly, it was his first official role as a member of SAG. Johnen Vasquez wanted Gir to be voiced by someone who had little to no experience. Providing Gir with the unfinished and unpolished sound that best suits the little broken robot was a priority during casting. After the reboot show fell through, they did approach the actor and initially proposed a series of shorts featuring just Gir. He was open to the idea. We don’t know why, but that also never happened.

No one wants to hear it, but part of what producers consider when making reboots or original shows is always going to be the merchandise. How many ways can a character or show be re-spun to earn more revenue for the studio? In the case of Zim, quite a lot actually. Zim has been patches, buttons, stickers, a comic series, t-shirts and hoodies, figurines, bobbleheads, toys and so much more. As a cameo Zim has been in at least nine video games including Nicktoons Party Blast (2002) and Nickelodeon Super Brawl Universe for mobile (2019). Sadly no one has tackled a stand-alone Zim video game… yet.

The videos have been sold by the millions and Zim has been a cameo in the (former) Jimmy Neutron ride at Universal Studios. He has been a part of fashion, makeup, and even home furnishings. If you like, you can also build a time machine and go back to 2011 or 2014 to attend Invader Con. There you’ll share your love of Zim with a billion other sci-fi and cartoon loving Zim fans. Simply put, it’s pretty hard to find anywhere on Earth where Zim hasn’t at least dominated some small corner of the market. Only his ego and need to finish school have kept the Irkan invader from turning us all into his mindless slaves. Well, that and faulty equipment like Gir.

Sure, there are a whole lot of outstanding shows that never win anything; after all, not everyone can win every year. Still, any show that wins or is nominated as many times as Zim is that well-loved for good reasons. Winning awards is one way to show future producers your material is worthy of things like reboots. With ten nominations and three significant wins in 2001, Zim wasn’t as recognized as it deserved, but they still took home a share of the credit for superb work.

Johnen Vasquez and his Invader Zim influenced a considerable number of people and changed what was considered acceptable for children’s television. Without them, we might not have Stephen Universe. Rebecca Sugar, who created the popular show, was a Zim superfan. She not only drew the characters; she even wrote fan fiction about Zim. Brian Konietzko created the character that would become the adult Aang the Last Airbender while working on Zim. In the end, Zim might not have conquered the world, but his influence is felt everywhere. With the release of Nickelodeons new Enter the Florpus. The time to strike has never been better. Are you ready for more Zim?