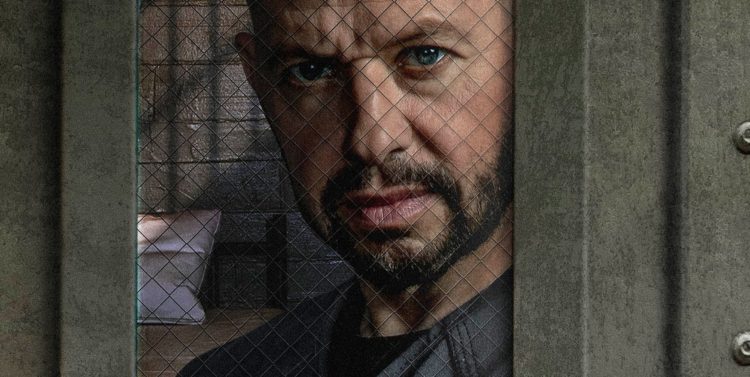 Can anyone remember a time when Jon Cryer was actually the geeky guy that had a crush on Molly Ringwald’s character? Yeah, there was a time and place when he seemed absolutely hopeless and yet turned out to be one of the coolest and most caring friends ever. Then for a while he became the geeky dad on Two and Half Men that was so utterly hopeless that he made his doofy son look cool at times. But as of now it would seem that Jon is really stepping up his game since he’s taken on a role that has for the most part been reserved for those that don’t make complete fools out of themselves in various parts. In all honesty though it would seem that he’s anything but geeky in this new role and has really taken on a part that will establish him as someone you just don’t mess with.

The fact that he’s playing Lex Luthor, a brilliant and rather brutal individual, in Supergirl is enough to think that he’s ready for a movie that might make him into a certified psychopath. In looking at things from this point of view Cryer has all the necessary components needed for a character that’s inherently disturbed and absolutely dangerous without being too obvious about it. He’s got an odd look, is able to create weird but somehow quirky mannerisms, and can play a socially inept character or one that’s cultured and entirely capable of speaking to others in a calm and rational manner that would set them at ease. He’s the kind of guy that you wouldn’t expect to be a psycho in any way, shape or form since he can act so inherently goofy and friendly, but beyond that facade there’s something to Cryer that says he can create a character that’s over the top mental and can turn it on and off like a switch when he wants to.

This says a lot about Jon as a character and as an actor since for the longest time it’s been seen that he’s more of a goofball than anything considering all the characters he’s played. He’s been in some serious roles but rarely has it seen that he’s ever stretched himself so far as to be seen as a certified lunatic. Perhaps his time as Lex Luthor is getting him prepared to be the kind of crazy that he could one day present on the big screen. Lex is after all a character that a person has to be strong enough to portray and make it convincing. There have been several men that have played the iconic role of this villain and a few that have done no service to the character at all if you ask fans (cough, Jesse Eisenberg, cough). Gene Hackman, even Kevin Spacey didn’t really do too bad since they made the character somewhat respectable and gave him the kind of evil lean he needed. Let’s be fair, Eisenberg didn’t do absolutely horrible but he gave Luthor a kind of quirky makeover that wasn’t really needed or desire. But Cryer, this is a guy that can be playful, serious, comforting, sincere, and downright scary if you give him the chance.

Just watching him play the part of Luthor is something that can’t be denied as something that’s kind of impressive but also creepy since he has a way about him that seems to demand your attention but also begs you to look away and not be tricked into feeling anything for the character. That’s almost the opposite of what some actors can do when they want you to embrace the character, and Cryer has it down to a science since he’s made people feel something for each one of his characters throughout the years thanks to his talent and the ability to create those characters that are somehow integral to the story while not always seeming absolutely necessary. Throughout his last few major roles he’s been absolutely necessary as a character, but he’s still made it possible to feel that if he wasn’t there for even an episode or longer that you’d miss him in a very big way. This is why he needs to be on the big screen, or at least one reason why he needs to make it to the big screen, because he’s the kind of actor that needs to be recognized in a big way.

Thinking about how far he’s come in his career is something that makes a person stop and consider the transitions he’s gone through to get to this point since everything he’s done up until now, everything that a lot of people have paid attention to at least, has been either drama or comedy-based. Putting him in as a psychopathic killer or stalker or whatever else he might be capable of in a horror movie would be a true test of his skills. It would also be something that would be absolutely great.