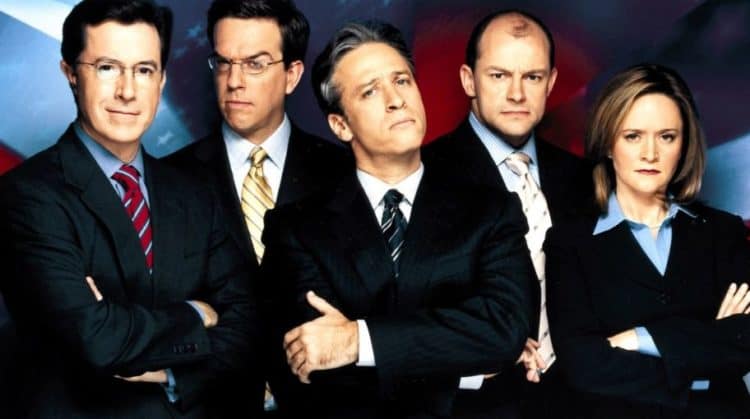 Whether or not one agrees with Jon Stewart as to whether Trevor Noah has made The Daily Show better really depends on if they like Stewart or Noah in the first place. The fact that some folks have gone to The Daily Show in the past is a bit laughable considering that it was and still remains mostly a comedy show, but Noah has definitely changed things up a bit since there are now serious political matters being discussed on the show and his inclusion speaks to the increased diversity that Stewart apparently believes should have happened a long time ago. There are plenty of critics out there that would say that Noah really isn’t that funny, but then there a lot of people that would disagree and state that he has more than enough humor to go along with his otherwise politicized show and can back up many of the things he says. Some might state that he fixates on subjects that are more or less worth one or two segments and grills them until they’re tired and done with and need to be moved on from, but again, some folks tend to think that he’s a comedic genius that has brought a great deal of expertise to the show. In Stewart’s opinion he’s a natural that knows how to make the show flow and connect with his audience.

Granted, that’s an important quality for any host to have since learning how to connect with an audience is vital to a show’s continued success and is a great way for the host to keep the people entertained. The idea here however that Noah is able to connect with his audience isn’t quite as impressive as it’s being made out since quite honestly the direction he takes with much of his material is just as divisive as anything else on TV at this time when it comes to which party he follows and who he stands against. Given that a good portion of the country stands against the current POTUS and the Republicans in general, Noah has used this to his advantage just as well as anyone and has gone on to make a good deal of his show popular by pushing said ideas concerning the right, Trump, and many others that don’t agree with his views. Those that are of the same mind tend to love the show since it means they have another outlet by which to strike back at a president they don’t care for and are being given a comical way to do it, while others still feel that Noah is in many ways a wise man spitting truths that many others don’t want to see.

Political matters have never been an alien concept on The Daily Show, but Noah has certainly pushed the idea to a new level that people have embraced in a big way since he’s continued to punctuate every news report with a bit of comedy as well as real and genuine feeling that people have locked on. In a way he’s almost taken a comedy show that had a little to do with politics and made it into a political show that has a little to do with comedy, as many might agree that he’s remade the show in his own image while still keeping the core idea alive by maintaining the humorous bits of the program. In Jon Stewart’s opinion he’s definitely the right man for the job and someone that has made positive changes in the show, and for those that agree that he’s a funny and engaging individual this is probably quite the validation by a man that helped to make the show what it was for so long. As of 2015 Stewart left the show and has been on to other things, but he’s been keeping a close on it no doubt and has liked what he sees. Many other people have as well, which isn’t too surprising since it would take a truly non-talented person to mess up The Daily Show, and fortunately Trevor Noah was the right person for the job at the time. While many people would still tend to disagree and think that he’s not worth all that much when it comes to the show, well, everyone is entitled to their opinion.

Every talk show host at this point and time has been selected and kept around for a few reasons, and one of them is that they tend to connect with the audience on a very important level. Another reason is that they might be genuinely funny, and yet another is that they’re aware of the current pulse of society and are constantly checking in to see what’s going on in the world and are up on current events that can be talked about in the show.