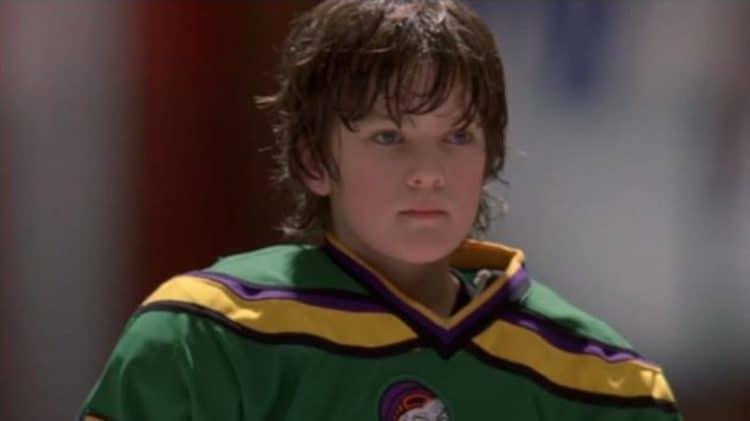 Joshua Jackson has one of the most recognizable faces in Hollywood, but he got his start long before he entered into a teenage love triangle with Katie Holmes and James Van Der Beek in the hit teen drama, Dawson’s Creek. In fact, it was many years prior to his role as Pacey Witter on the hit show that he was a sweet little boy who just wanted to be a hockey player – a winning hockey player. Jackson was the kid who starred in the hit movies, “The Mighty Ducks,” and he was an instant success. So, why then, when the cast of “The Mighty Ducks,” reunited for a reunion, was the star not part of it? This is the project that made him famous and began his stellar career, and it would only make sense he would take part in the reunion. He did not, and fans want to know where he was, why he wasn’t there, and what happened.

The Mighty Ducks: Game Changers is a Spinoff

When Disney+ decided that they needed to bring back the ducks, the world was not upset. Like so many movies and shows from the 80s and 90s (think Full House and Boy Meets World), fans could not wait to see a modern-day take on what they loved so much so many years ago. However, like any remake, it’s not always possible to get the entire cast back on board for a project like this. Some people are no longer interested in revisiting the past. Some are busy on other projects. Some are simply uninterested in taking on the job. Some were not asked back. It’s not uncommon. We’ve seen it with so many remakes.

Where is Charlie Conway?

As the original Ducks came home to show their support for their old team at a gala, it seems that there was a very good explanation for the absence of Charlie Conway (Jackson). According to his old teammates, his absence was explained by way of guilt placed on Emilio Estevez’s character, Coach Bombay. It seems that Charlie had no faith in his old coach and made it clear that he would not show up to the gala because their old coach wasn’t showing up for them any longer. It seems that there is some lost faith, some sadness, and a lot of resentment in that relationship, which is not unlike how things went with them in the original movies.

As it happens, the entire thing is just a big misunderstanding (isn’t it always?) and it turns out that Bombay wasn’t just ignoring the gala and not showing up out of spite and anger. He simply did not receive an invitation. To risk giving fans too many spoilers, the show also has a new face playing Conway, and he does appear on the show to be with his old team. The only problem with that is that it just is not Joshua Jackson’s face.

Where is Joshua Jackson?

He’s busy. It’s that simple. Jackson’s schedule did not allow for him to participate in the reunion with his fellow Ducks. His schedule is tight, filming did not work with what he has going on right now, and the pandemic hit as things were getting started, which only served to further complicate his schedule and make it impossible for him to film. In addition to filming “Little Fires Everywhere,” alongside Kerry Washington and Reese Witherspoon around the same time that the reunion was filming, he’d also just welcomed his first baby.

Joshua Jackson’s life was a little busy at the time of filming. The success of “Little Fires Everywhere,” was paramount, and the show was a huge hit. He was busy filming that, and he and his wife were expecting their first baby. He’s been dating a model by the name of Jodie Turner-Smith since 2018. They announced in 2019 that they’d gotten married in December, and they welcomed their daughter – her name is Janie – in the spring of 2020.

The simple fact of the matter is that Jackson was simply too busy to be involved with the reunion at the time it was filmed, but the show has made it very clear that they hope he will, at some point, make an appearance on the show. This means that they must have some plans to continue filming at some point and that the show must go on. Whether or not it will go on with Jackson remains a mystery to fans, but he was invited.