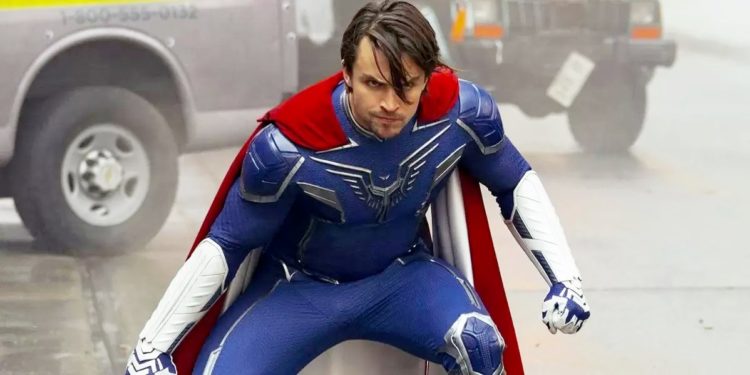 It’s pretty rough when the show that people were expecting to do something great did just that and is still being taken off in favor of a supervillain show. There’s definitely more to the issue than that, but at the same time, the fact that Jupiter’s Legacy season 2 plans just went up in smoke is making a lot of people wonder what in the hell just happened. One would think that if a show did what it was supposed to that it would be rewarded by being given another season since that’s typically how it works. But if anyone’s been paying attention, and that’s debatable these days, Netflix has developed a huge habit of dumping shows after the first or second seasons even if they happen to be doing well and have earned at least a mixed to a positive reaction from critics and fans. It wouldn’t have mattered if Jupiter’s Legacy would have reached a 100 percent positive rating it feels like since Netflix tends to operate not solely on the merit of a show, but also on how much it costs to make that show. In other words, since Jupiter’s Legacy cost a little over $3o million to make it’s likely that Netflix doesn’t want to foot that price tag again since it might get bigger with a season 2 entry and it’s also likely that new characters and possible contract renegotiations could prove to be kind of spendy, meaning that they’re going to pull the plug rather than ante up that dough again for something they know will be way more pricey. But ditching the show, releasing the actors from their obligations, and bringing in a show based on villains, that’s kind of a harsh move that makes it obvious that, like always, pretty much anyone can be made expendable.

That might be a little simplistic really but it does kind of paint a picture that anyone and everyone that comes along is bound to be seen as a walking dollar sign at some point. Given the proliferation of superhero movies and shows out there though, it’s actually a little surprising that Jupiter’s Legacy actually received the praise it did since one would think that some folks are getting a little burned out on the whole hero thing. Obviously that’s not the case since more and more people keep watching and commenting on any and every superhero movie or show to come out, so it’s fair to say that whatever fatigue might be building hasn’t hit yet. It is evident however that there are going to be casualties as the months and years pass by since some hero projects are bound to be seen as magnificent and spellbinding and many other things, but some are going to be hard to notice or might be looked at as little more than failed attempts. It’s bound to happen simply because the superhero genre has been supercharged by the MCU, DC, and several other names that people have come to know. Whether Jupiter’s Legacy will come back or not is kind of uncertain at this time since it’s still disappointing that it was taken off in the first place. It has a decent cast, a story that’s well-liked by many people, and effects that were actually pretty cool to watch. But not even that kind of stuff saves a show these days, especially if it’s a part of Netflix.

So the Millar experience isn’t quite over and done with at Netflix since there are other ideas to explore, but thinking that Jupiter’s Legacy will return anytime soon is wishful thinking at best. At this point trying to mull over what went wrong isn’t going to do much of anything but one can bet that there will be plenty of people doing that exact thing. Trying to introduce new heroes and villains these days is kind of tough since there are so many established comic book characters out there that attempting to gain the kind of notice a show or movie needs is bound to be a little more difficult given that many people are firmly in one camp or another when it comes to heroes, or they’re in the two major camps and might venture out now and then to see what else there is to be seen. Embracing new ideas and even those ideas that aren’t necessarily new but are just coming off the page for the first time is bound to be difficult for a lot of people that are used to what they like and who don’t want to invest too deeply into something new unless they know it’s going to be around for a while. The downside of a show cancelation like this is that it does rob people of the chance to really get into something and stick with it.