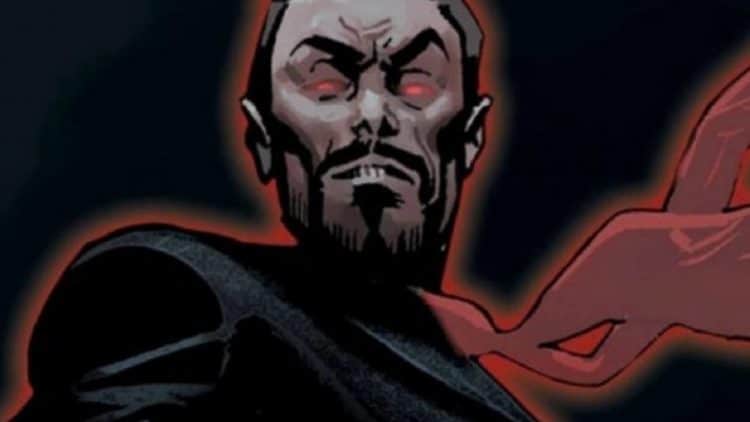 Druig is perhaps one of the only truly disturbing Eternals since he happens to be something of a villain despite being born to the enigmatic race, who are mostly heroic or indifferent in their own ways. As far as creating a solo movie goes it would be a tough sell considering that not a lot of villains are ever given their own movies, but it does make sense to see just how he fell in the eyes of those around him and why he would bother embracing the life he did. The movie War, starring Jet Li and Jason Statham, comes to mind since the feeling of it was gritty and kind of raw and the main characters weren’t exactly the best people in the world, which is a motif that would suit a movie featuring Druig as the main character to be certain. But as one might guess, there’s usually a reason why someone goes bad, unless they’re just born that way somehow. It would be interesting to see just how it might happen with a Marvel character since such stories are typically pretty interesting. When it comes to storytelling, Marvel has already made it clear that they have a great deal of skill, but to get people to care about who Druig is, they might need to put in a little extra work if only because he’s not exactly a name that comes to mind when asking a lot of fans about the Eternals. In fact, not a lot of people that have seen the movies will even know of him, and it’s accurate to state that even a good portion of those that read the comics might not know who he or the other Eternals are.

That issue is bound to be remedied when the movie comes out, but how far the influence of each character will go is hard to predict since there will be a few that might stand out a little more and a few that might fade into the background without a lot of effort. That’s been the case so far in the MCU movies no matter how little people want to really admit it since there are characters that people tend to care about and those that don’t tend to gain a lot of notice for one reason or another. Druig is going to have to take off in a big way for people to notice him since between Ikaris, Sersi, and several others it’s going to be a challenge to see who really takes away the most notice and is therefore seen by the fans to be the most popular among the group. For all, we know the Black Knight might be one of the most popular characters. Who gets the most attention and who comes up with the best performance will likely be those that are remembered a bit more and given the kind of attention that they’re looking for. As far as Druig goes, the chance to shine in the movie is going to be something that depends on the storytelling and the overall presentation of the movie.

I’ll gladly stand by my earlier comments though in stating that if Druig is given such an opportunity that it would be kind of interesting to see a darker, grittier Marvel movie that might be on par with a few others when it comes to highlighting a villain instead of the heroes. Some might want to argue that he wasn’t always a villain, and that’s true, but he’s definitely not the most trustworthy individual among the bunch and has his own designs on what he thinks should happen with the Eternals and the world around them. How far the MCU will take this is hard to say since until we know more about the upcoming movie a lot of this is conjecture and theory based off of the comics, which isn’t quite enough to go on since to certain, there’s plenty of material to talk about, but it’s still to be seen just how much the MCU used and whether the characters will be different from what we remember. At this point, the cast is the most impressive part of the movie since so few people know that much about The Eternals and how they factor into the Marvel universe, but there’s still plenty of time for those that don’t know to research and find out just where this group fits into the Marvel timeline.

Trying to argue for so many different solo movies is bound to meet with a lot of theories, a lot of argument, and a good number of reasons why it can or can’t happen since as usual, most people have an opinion for or against it. But trying to detail the life of someone other than a hero might be kind of interesting.