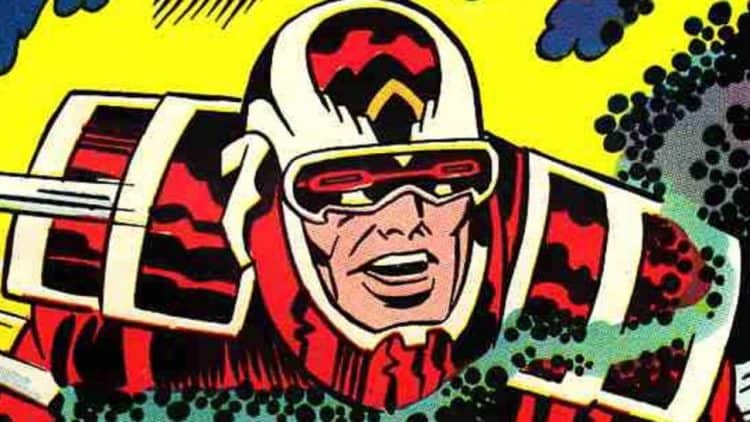 There’s a number of different tales throughout history that Makkari, one of the Eternals that will be featured in the upcoming MCU movie, could be featured in as a part of a solo movie. As the fastest Eternal alive, Makkari is an interesting being since speed is the most important thing in Makkari’s life, or at least it was in the comics, which is why the character gave up so much for it. Like most Eternals, Makkari has a wide selection of powers that even when dimmed down make the character more than formidable when matched with other superhumans. By now a lot of people already know what the Eternals are all about since they’re an evolved race of humans that are extremely powerful and are set against the Deviants, which are more or less their opposites that are also powerful and are all about destruction while the Eternals were sent to earth to protect the world. Obviously free will and all that was factored in since the Eternals aren’t perfect, but they’re still a great buffer against aliens that seek to dominate the earth and everyone on it. With Makkari though the fascination that comes with the character is the fact that he’s likely the quickest individual in the world, and that alone is a claim that a lot of individuals would love to see put to the test.

In the MCU version though, Makkari will be taken on by Lauren Ridloff, who starred in The Walking Dead and will be playing the first deaf superhero. Not only is Makkari getting a gender swap, but the character will be played by a female POC that also has a disability, which is interesting, to say the least. No one is doubting Ridloff’s ability to act since on TWD she’s been quite convincing and has also added a good bit to the show. But while she’s not the first actor to be placed on the Eternals cast that people didn’t expect, it’s also an interest to many that such a thing is happening at all since the idea of keeping to the source material has long been something that people would hope for. In recent years though this has obviously been less of a concern than some might think since there have been a few characters that have been swapped out throughout the years when it comes to comic book adaptations in the movies and in TV shows. It’s not that much of a problem so long as the actor taking on the role can make it work, and so far there’s a lot of faith in Lauren, though we’ll have to wait and see what happens in the movie, whenever it gets the chance to finally show up in theaters.

Any character that is said to have shown up in human history is one that is bound to gain the kind of attention that Makkari might deserve since turning a comic book into a period piece is kind of interesting since despite the revisionist history that comes as a result it’s a nice effect all the same. It gives people a new way to look at history, even if it’s all fictional, and it does inspire a lot of other stories to come to fruition as well. When pushing Makkari for a solo movie though it might be that it would be best to wait and see how The Eternals pans out as a matter of common sense considering that a lot of people still don’t know enough about the group and what they’re all about. Keep this in mind: a lot of people still don’t read comics and might have never picked up one of the many in their lives. That means that when walking into the movie theater that many people don’t know what they’re about to see, even if they research the movie a bit before going to see it. For those of us that have been fans for so long, it’s fairly easy to get excited and possibly disappointed since what we see may or may not line up with what we were expecting, and even with the many changes that are being made in recent years and even now it’s likely that people are going to feel a certain way about the MCU movies they see since artistic license and the direction that the MCU is moving in has already divided many fans and strengthened the beliefs of many others.

There’s really only one speedster that people know that much about in Marvel movies and that’s Quicksilver, and when it’s stated that Makkari puts him to shame it’s very likely that people are going to want some proof to those words. But if the Eternal is somehow worked into a solo movie that features other heroes and villains it could be a very interesting way to highlight Makkari in a different light.